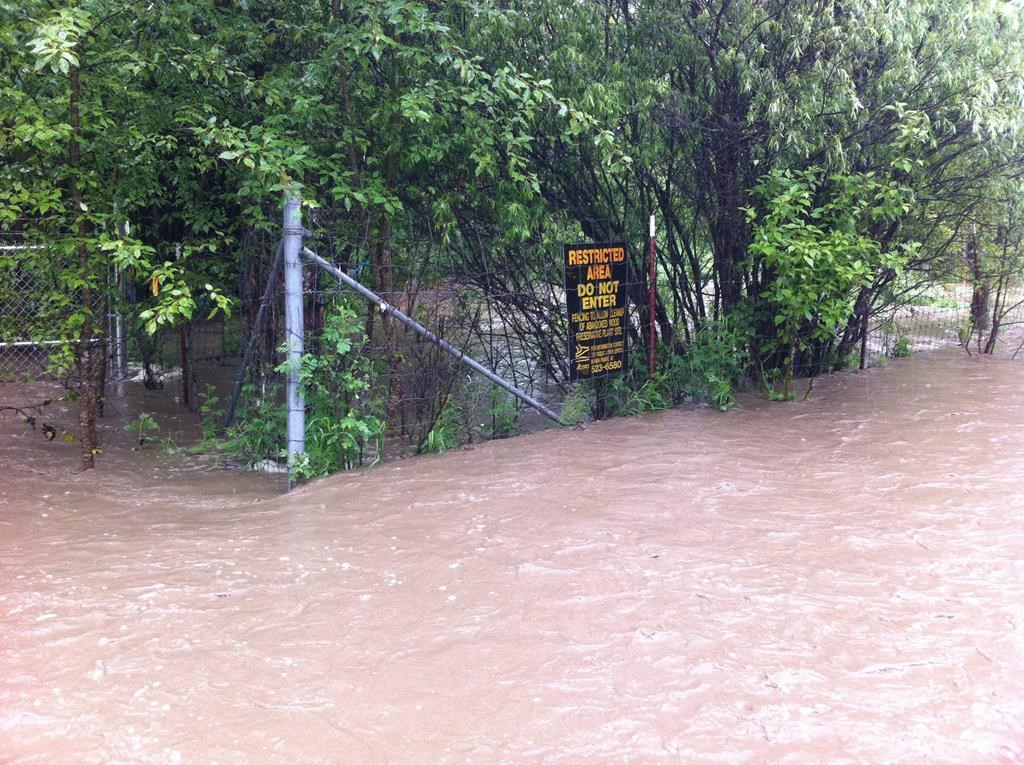 Floodwaters from a nearby creek running into Alberta's Lesser Slave Lake inundate a contaminated site near Faust, Alta. in this undated handout photo. Handout photo by The Canadian Press
Previous story
Next story

The Alberta government is thinking about cleaning up a former wood-preserving site along one of the province's biggest lakes by capping it off and turning the adjacent land into a park.

The contaminated site contains toxins including arsenic, dioxins and PCP at levels above Alberta guidelines for natural areas.

Government officials were to speak at a Big Lakes County meeting in Faust along the southern shore of Lesser Slave Lake on Tuesday night. They planned to explain how the site just east of the town could be returned to public use.

"We support the proposal for source capping," said Jamie Hanlon, a spokesman for Alberta Environment and Parks.

The Osmose site covers about 16 hectares just south of the lake. A creek runs along its eastern boundary and homes sit further south.

A 2015 engineering report done for the province found contamination remained, although it is declining with the years and has mostly been spread by dust from road traffic.

Still, the report said, about 20,000 cubic metres of contaminated soil remained to an average depth of four metres.

Hanlon said the same engineers said the best solution was to hold the chemicals in place with an impermeable clay cap. Part of that cap could be covered by a concrete parking lot.

Interpretive trails and a day-use area, including a lakeside beach, would be built on the land to the immediate west of the site.

"This is a proposed land-use change that is supported by the county," said Hanlon.

No decision has been made yet, he said. Costs for the plan haven't been estimated.

Hanlon said the government has no information to suggest the dioxins are spreading. He said removing the contaminants could create more problems than it solves.

Area residents say the tests haven't been nearly extensive enough to reach conclusions about where the toxins stop or whether they're spreading.

"To put a beach in there and a park does not make any sense without first establishing how far does this contamination go," said Mike Wolff. "They are speculating that it's not moving."

The report said testing has been conducted on less than five hectares of the Osmose site. Although the report describes groundwater contamination as "minimal," it finds PCP and dioxins exceeded guidelines in three test wells.

Wolff points out that when the creek is high, groundwater is likely to move more quickly. The creek also floods over the contaminated soil on the old plant site.

He said previous engineering reports have all recommended the soil be removed.

"Disturbing the site and contaminating the lake was never mentioned in a single report I have seen."

"Those are very conservative estimates. There's no concerns at those levels of exceedances. Alberta Health has indicated there's not a risk to human health in the area."

"We have a whole lot of questions."