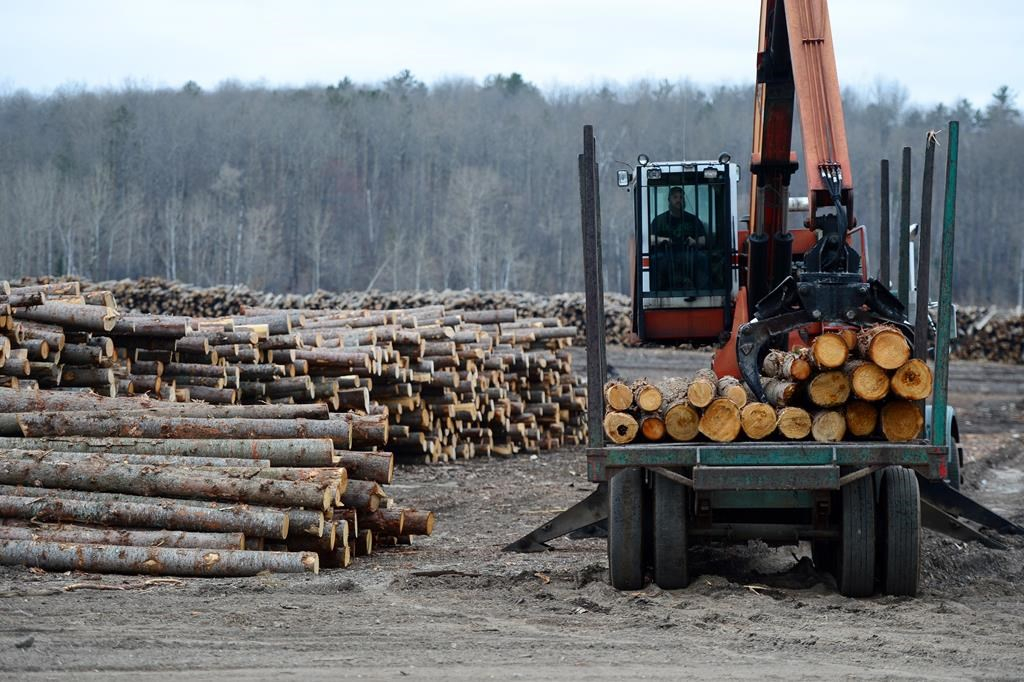 The wildfires in the B.C. Interior that have forced some sawmills to halt operations have resulted in a boost in lumber prices at a time when forestry companies have been squeezed by softwood duties on exports to the U.S.

By Wednesday, the benchmark price of Western spruce-pine-fir lumber had risen by 5.5 per cent to US$400 per thousand board feet from US$379 last Friday, according to figures from Random Lengths, which tracks lumber and panel prices.

Ketan Mamtora, an analyst with BMO Capital Markets, said he expects prices will rise between six and eight per cent over the next couple of weeks, partly due to a limited supply.

As early as Sunday, several companies temporarily closed some of their mills as evacuation orders, displaced employees, road closures and other factors made operations impossible or difficult.

It's possible for the industry to increase capacity at other facilities, but Mamtora said it's unlikely they can make up for all lost production. Fear over possible lumber shortages also "really pushes up the prices," he said.

If the fires persist for a long time, that will have "a much more meaningful impact on pricing," Mamtora added.

In the case of mills staying shut for months or even sustaining damage, he estimates prices could rise between 15 and 17 per cent.

But Harry Nelson, an assistant professor of forestry at the University of British Columbia, said essentially the province's entire production would have to be wiped out for such a spike to occur.

"At the end of the day, whatever hole these wildfires create gets filled in somewhere else," Nelson said.

For weeks, Canada's softwood lumber industry has been hit by U.S. duties, and companies operating in B.C. have been hit particularly hard.

On average, the lumber industry faces tariffs of 27 per cent. But West Fraser Timber (TSX:WFT), Canfor (TSX:CFP) and Tolko, all of which are headquartered in the province, have been charged duties of 31, 28 and 27 per cent, respectively.

The short-term lift in prices is good for producers, Nelson said, as it means more money in their pockets after tariffs are paid.

Canada is in the right on softwood dispute, says Trudeau