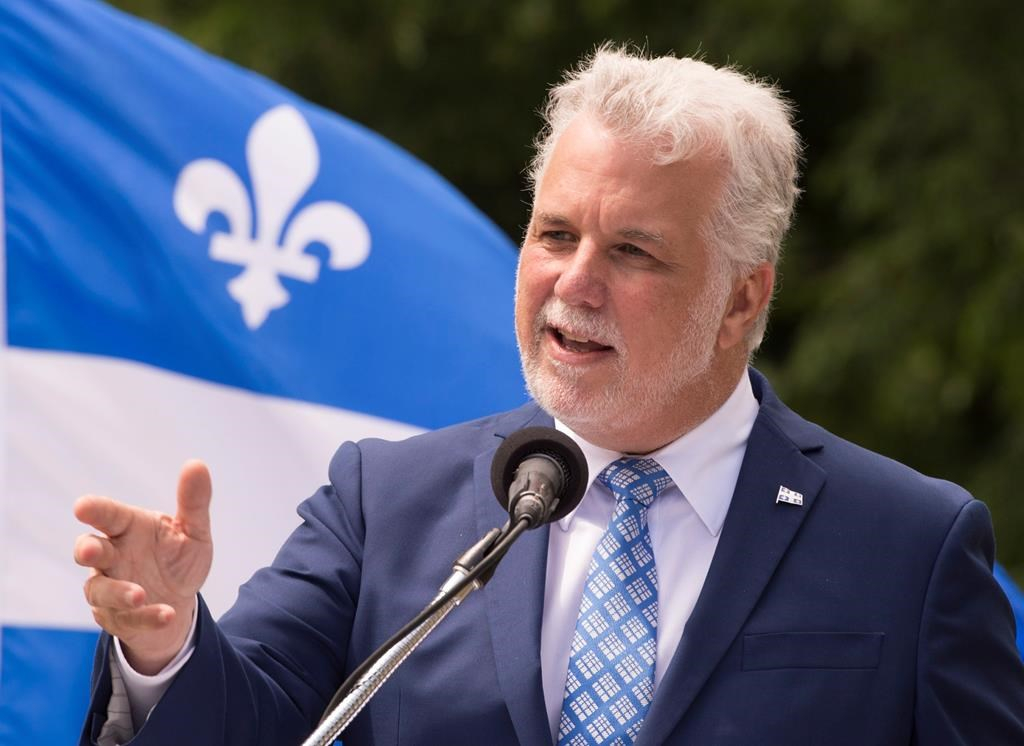 Quebec Premier Philippe Couillard has contacted several of his counterparts to discuss his constitutional initiative and says he wants to raise the topic at the Council of the Federation meeting in Edmonton.

"I'm quite happy about the public and private reaction of my colleagues," Couillard said in a recent interview with The Canadian Press. "All of them see very positively the desire from Quebec to explain its point of view and also to participate in an even stronger way in the Canadian federation.

"I'm not expecting any conversation in Edmonton about a constitutional conference. I'm going to be there to maybe explain the document to my colleagues but also show them how we can work even closer together."

Couillard said the premiers' meeting will actually focus on topics that "are much more important in the daily lives of Canadians and Quebecers," including security issues, the legalization of cannabis, softwood lumber and free trade with the United States.

The document outlining Couillard's thinking about Quebec's place within Canada was released six weeks ago and is entitled, "Quebecers: Our Way of Being Canadians."

He has said the goal of his government's proposal is to "start a dialogue" about Quebec's place in the country, which he hopes will lead to the eventual reopening of constitutional negotiations and to Quebec finally signing the 1982 Constitution.

While Couillard eventually wants to secure recognition of his province's distinctiveness in the Constitution, Prime Minister Justin Trudeau has been adamant he will not reopen the highest law of the land.

Moreover, the Quebec premier's initiative did not exactly get a ringing endorsement from his counterparts.

Saskatchewan Premier Brad Wall recently put his own constitutional demand on the table: fixing the equalization program he says takes $500 million a year out of his province while providing $11 billion annually to Quebec.

Ontario Premier Kathleen Wynne adopted a more conciliatory tone at the time, but nevertheless appeared to indicate that reopening the Constitution is not among Ontarians' priorities.

On the cannabis front, meanwhile, Couillard said he has certain concerns about the federal government's plan to legalize the drug for adults, as of next July 1.

"There are a significant number of medical reports that show young people, late teens up to young adult age, can have detrimental effects from significant consumption of cannabis, in terms of mental health," he said.

"I'm quite concerned but I also tell myself, 'Be realistic.' Young people will still use it even if the legal age is 21."

Couillard said he understands each province will not have an identical approach to cannabis but added, "we cannot have vastly different frameworks, particularly for provinces that are neighbours."

The Council of the Federation will meet on Tuesday and Wednesday.

On Monday, the premiers are to convene with Indigenous leaders, but that meeting is up in the air.

Three of the five First Nations groups announced Friday they will boycott the meeting because they believe they should be part of the full Council of the Federation.