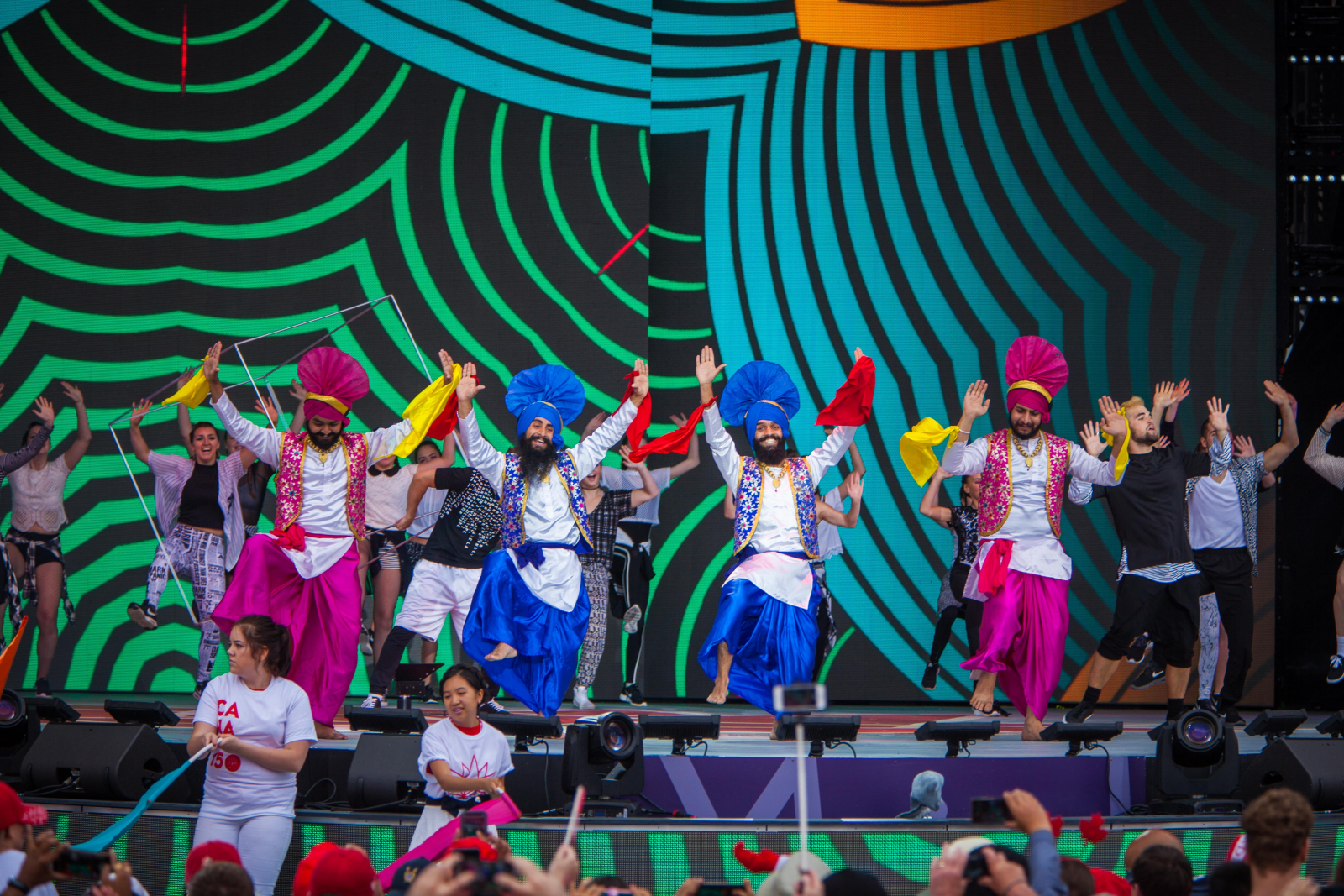 Bhangra dancers light up the stage on Parliament Hill in Ottawa during celebrations for Canada's 150th birthday on July 1, 2017. File photo by Alex Tétreault
Previous story

The portrayal of Canada's diversity on television has improved over the last decade, but there's still a lack of programming representing people with disabilities and the Indigenous population in particular, according to a research report prepared for the country's TV regulator.

The findings were provided to the Canadian Radio-television and Telecommunications Commission in March, shortly before Heritage Minister Melanie Joly launched public consultations to examine how the federal government could support the creation of Canadian content, but were only released last week on the government's public opinion and polling database.

The report, based on questions posed to a half dozen focus group sessions in mid-January, found there was a "widespread impression" among participants that Canada's broadcasters have improved their portrayal of certain segments of the population in their programming. But near equal numbers indicated that, compared with visible minorities, women and members of the LGBTQ community, they saw fewer TV shows portraying Indigenous people and the disabled.

Research firm Phoenix SPI, which conducted the focus groups in Vancouver, Toronto, Ottawa, Montreal, Quebec City and Halifax, stressed that the views of participants could not be extrapolated to represent the beliefs of Canada's overall population. Rather, the findings were a snapshot of how specific groups of people from divergent backgrounds saw themselves reflected in the broadcasting system.

Participants were asked to rate their level of agreement or disagreement with the statement: "Canadian television is becoming a mirror in which all Canadians can see themselves."

"Just over half expressed disagreement with it compared to just over one-quarter who agreed with it," said the report.

The CRTC was widely criticized in May when, as part of the five-year license renewals for broadcasters Bell, Corus and Rogers, it set minimum funding requirements for "programs of national interest" at five per cent of the license holder's revenues. That's the amount the broadcasters are required to contribute to the creation of Canadian dramas, documentaries, scripted series and awards shows honouring Canadian culture.

Prior to the license renewals, the trio of broadcasters had each spent up to 10 per cent of revenues on such programming.

Unions representing Canadian producers, screenwriters and actors warned the decision could result in dramatically reduced investment in Canadian content, and have asked the Trudeau Liberals to overturn it. Some industry analysts, however, predicted the broadcasters would likely spend much more than the required minimums, thanks to the popularity in Canada and abroad of homegrown programs such as "Orphan Black" and "Rookie Blue."

But participants in the focus groups said some segments of Canada's population were severely underrepresented in Canadian-made programming.

"In the words of many participants, Indigenous peoples are virtually invisible on Canadian networks," said the report.

Even when Indigenous Canadians appeared in programs, they weren't seen in the best light, according to summary assessments for individual groups.

"There was a widespread impression that depictions of Indigenous peoples tend to be stereotypical (e.g. depicted as poor, alcoholic, sniffing glue or gas)."

Participants also found very few characters or personalities with disabilities in Canadian programming, but unlike the Indigenous segment, they found that when people with disabilities were depicted, they tended to be positively portrayed.

The focus groups also perceived news coverage in Canada sufficiently relevant to wide segments of the population. But, as might be expected, participants from individual segments suggested their issues should receive more attention in the media.

As examples, women participants said they'd like to see more attention paid to issues such as sexism in the military and violence against Indigenous women while visible ethno-cultural minorities suggested they wanted more new coverage of racism in police forces and the condition of Syrian refugees in Canada.

The heritage minister has promised to unveil the government's plan to overhaul the country's broadcast regulations and media landscape before the end of this year.

Bono and friends just warmed the hearts of soggy Canadians