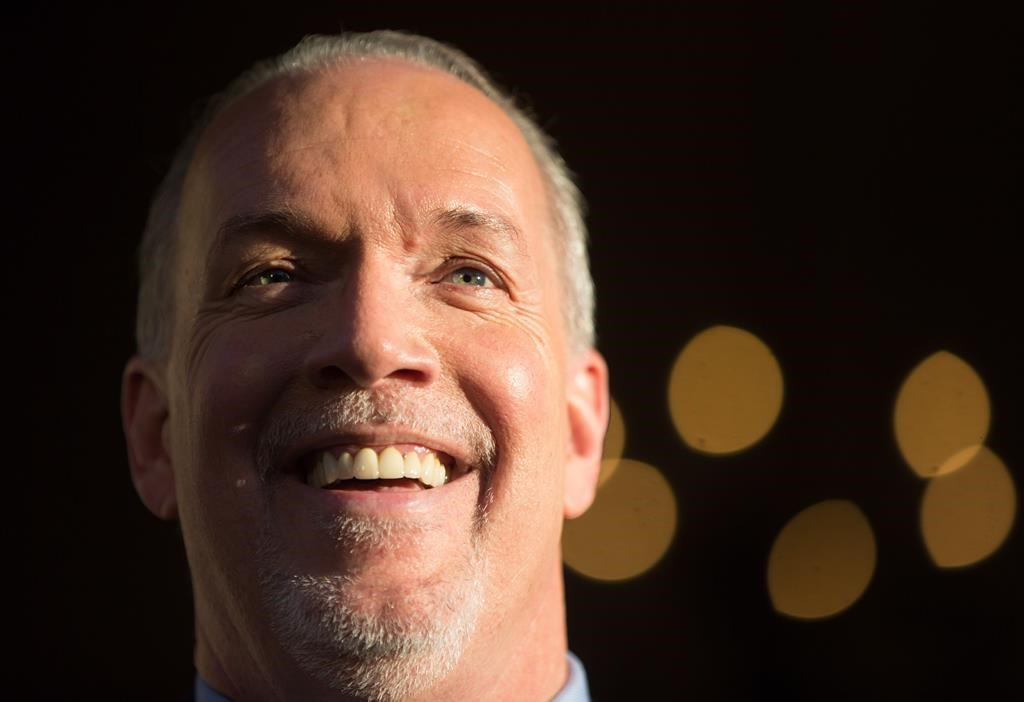 British Columbia is on the cusp of changing its government for the first time since 2001, as the province scrambles to contain scores of wildfires that have forced tens of thousands of residents from their homes.

The BC New Democrats will inherit not only the keys to power from the current Liberal government at Tuesday's swearing-in ceremony in Victoria, but also responsibility for a provincewide state of emergency — the first to be declared in 14 years.

New Democrat MLA Carole James, spokeswoman for the party's transition team, said a major priority for Leader John Horgan is to ensure a smooth transfer of power in dealing with the wildfire crisis.

"That was a commitment that John made when the fires first began, to make sure that it was a seamless transition," she said.

Hamish Telford, a political scientist at the University of the Fraser Valley, said while firefighting efforts on the ground are unlikely to be affected by the high-level transfer of power, Horgan must be careful about optics.

"Tomorrow is not really a moment for triumphalism, celebration or anything like that," Telford said Monday.

"They're obviously going to be ecstatic about forming a government after 16 years in Opposition, but they're going to have to contain that enthusiasm and show up ... ready to get down to work, given the situation that's happening in much of the province."

Outgoing Transport Minister Todd Stone said that the people of B.C. are counting on politicians to work together regardless of their partisan loyalties.

"Together is how we're going to get through this crisis," Stone said.

The absence of NDP politicians in fire-affected areas means the onus will be on the new government make sure information reaches the people affected by the emergency, he added.

"Just as we have been very straightforward and forthcoming with John Horgan and his transition team with all of that information for the last couple weeks, we would hope that he would be as forthcoming in return," Stone said, adding that he sees no reason why that collaboration would not continue.

Asked about potential pitfalls that could mar the transition, departing Forests Minister John Rustad expressed concern about the flow of information, from daily updates to details about evacuation centres.

James said an NDP government is committed to keeping all politicians in fire-affected areas, including Liberals, as up to date as possible.

"No question," she said. "This isn't a time for politics. This is a time for community to pull together."

The NDP won 41 of the 87 legislature seats in the May election, but reached a deal with the B.C. Greens, who won three seats, which will allow them to form a narrow minority government.

Green Leader Andrew Weaver said he does not think the transfer of power will impact the wildfire response.

Weaver, whose background is in climate science, said people need to begin taking climate change more seriously and recognize humanity's role in the increase in both the number and intensity of these types of natural disasters.

"It's like a bunch of frogs in a boiling pot," he said. "We're sitting there pretending that the world isn't warming.

"We just move on as business as usual. We cannot continue to do so and I'm just hoping that people will wake up."

The Liberals have also filed a complaint with the province's comptroller general over the NDP hiring a public servant to oversee their alliance with the B.C. Greens.

"The relationship between two political parties between the Greens and the NDP should be paid for by them, not by the taxpayer," said Andrew Wilkinson, Liberal MLA for Vancouver-Quilchena.