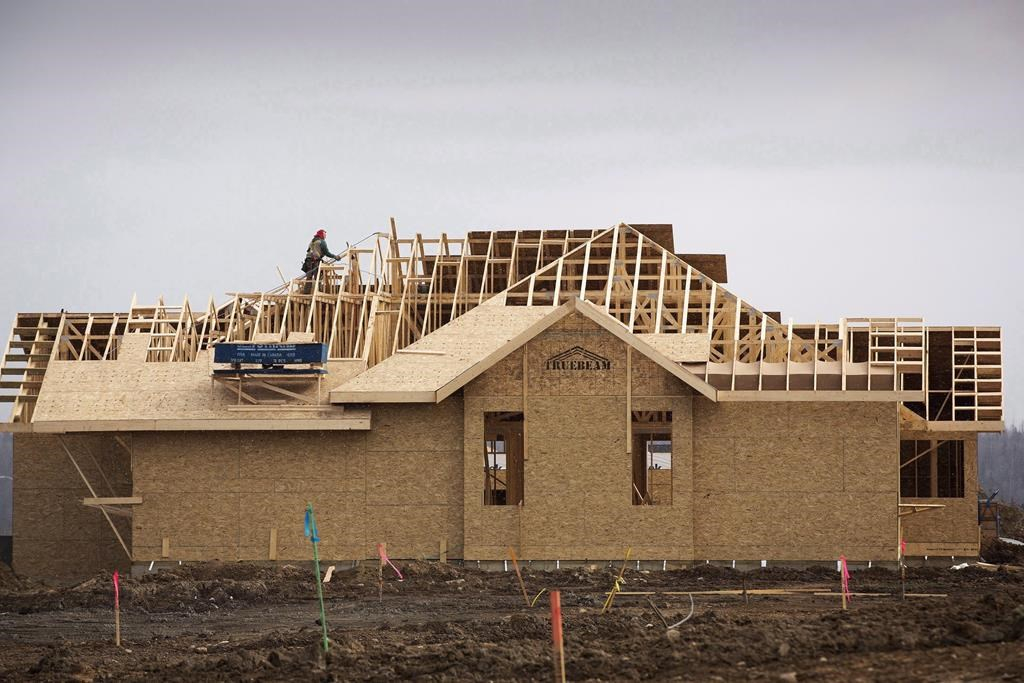 Builders work on a new home in the Beacon Hills area after wildfires last year destroyed most of the neighbourhood in Fort McMurray, Alta. on Friday, April 21, 2017. File photo by The Canadian Press/Todd Korol
Previous story
Next story

Rebuilding efforts in Fort McMurray, Alta., are running ahead of expectations, with reconstruction underway on one-third of the homes destroyed in last year's wildfire, according to Canada Mortgage and Housing Corp.

In a report Thursday, the federal agency said the rebuilding of 844 housing units has started and that number is expected to rise to about 1,000 this year. It said 122 of the projects were started last year and 722 in the first half of this year.

CHMC market analyst Tim Gensey said the agency underestimated how many construction workers would come to Fort McMurray when it suggested last December only 600 units per year could be rebuilt.

He said the strong numbers also reflect the devotion of residents.

"One of the fears I've heard around the community is that people might just take the insurance money and leave Fort McMurray," he said.

"However ... the people who live there permanently love their community and they are staying."

Gensey said about 550 of the units being rebuilt are single-family detached houses and most of the rest are townhouses.

"We're ahead of schedule. It's been exceptional," said Sheldon Germain, a municipal councillor and member of the recovery task force in Fort McMurray.

He said the speed at which housing units are being rebuilt is due to factors including competent local builders, a communities reconstruction management plan and the municipality's target of issuing building permits within 48 hours of completed applications.

The fire that swept through the community of about 70,000 last year caused an estimated $3.8 billion in insured property damage and destroyed nearly 2,600 homes, including almost 1,900 single-family houses.

At the current pace, all home rebuilding activity should be complete in three to four years, CMHC said.

The agency pointed out a total of 59 new housing units — not rebuilds — have also started since the wildfire was extinguished.

On its website, the Regional Municipality of Wood Buffalo, which governs Fort McMurray, reports that 86 rebuilt dwellings had been completed and received final inspections as of June 30.

CMHC says about 99 per cent of the destroyed housing units in Fort McMurray are expected to be rebuilt, adding the exceptions are between 21 and 35 lots in the Waterways area being set aside as part of the municipality's flood mitigation plan.

Resale housing prices averaged $435,500 in the second quarter of 2017, up from $407,000 in the first quarter, a difference CMHC attributed to more condos and mobile unit sales in the earlier period.

It said home prices have been in decline since 2013 and they aren't expected to rebound until oil prices strengthen, improving prospects for the surrounding oilsands industry.

CMHC reported Fort McMurray's apartment vacancy rate fell from almost 30 per cent in 2015 to about 18 per cent in 2016 as residents displaced by the fire took up temporary accommodations.

The rate is expected to drop to 10 per cent this year as workers from outside arrive to help with rebuilding.

Fort McMurray helps B.C.: 'Being through it, we know exactly what's needed."