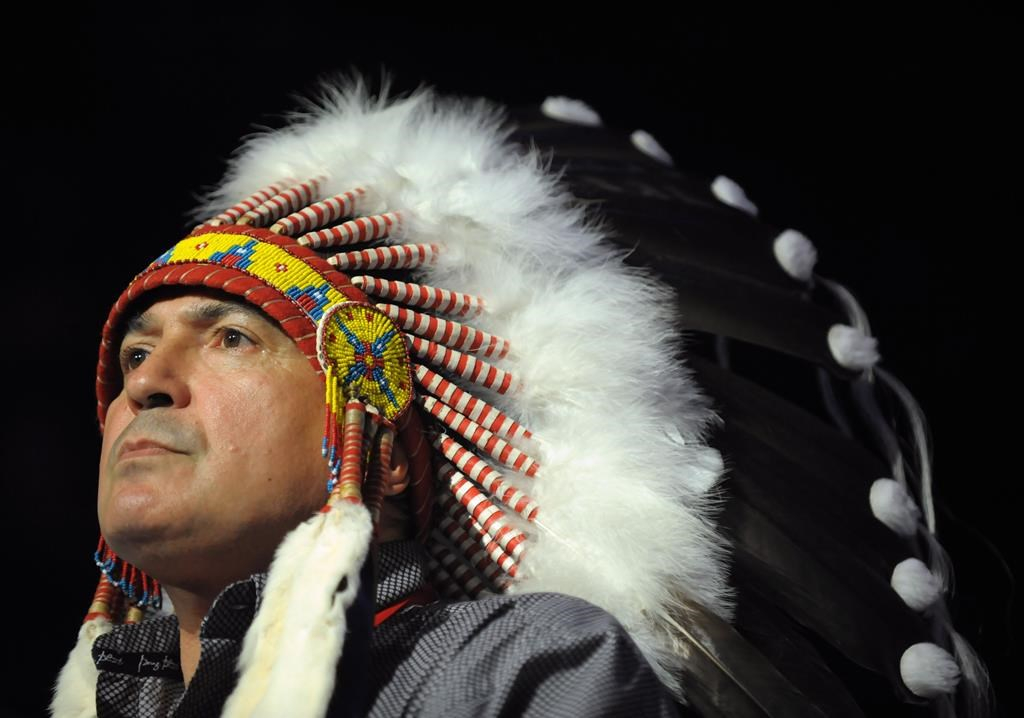 The national chief of the Assembly of First Nations has opened the organization's annual meeting with an impassioned plea to end racism.

Perry Bellegarde said First Nations face alarming acts of hatred and violence and it must stop.

"Every child has a right to a safe and healthy home and to grow up in a society where they are treated with dignity and respect and have the same opportunities as other children," Bellegarde told the assembly in his opening address.

"The violence, the racism, the discrimination has to end."

Boushie, 22, of the Red Pheasant First Nation, was shot and killed while riding in an SUV that went onto a farm. The farm's owner, Gerald Stanley, is charged with second-degree murder and those charges prompted a hateful response so harsh that it was rebuked by Saskatchewan Premier Brad Wall.

Bellegarde spoke of the counter protests to First Nations seeking the removal of a statue in Halifax of Edward Cornwallis, who founded that city in 1749 and soon after issued a bounty on Mi'kmaq scalps. The Mi'kmaq have long called for removal of tributes to Cornwallis.

On Canada Day, a group of off-duty Canadian military men disrupted a spiritual event at the statue marking the suffering of Indigenous Peoples.

The men, who are now facing a military investigation and possible expulsion from the Forces, said they were members of the Proud Boys, a self-declared group of "western chauvinists'' who say they are tired of apologizing for "creating the modern world."

Bellegarde also referenced recent deaths in Thunder Bay, the northwestern Ontario city that has struggled with tensions between local police and Indigenous people.

Nishnawbe Aski Nation Grand Chief Alvin Fiddler has said the safety of Aboriginal people is indeed a serious issue in Thunder Bay, where the mysterious deaths of Indigenous teenagers Tammy Keeash and Josiah Begg have made headlines across Canada.

In June, a Statistics Canada report found most of the police-reported hate incidents in Thunder Bay were against Indigenous people, accounting for 29 per cent of all anti-Aboriginal hate crimes across Canada in 2015.

On Monday, the Ontario Civilian Police Commission announced Sen. Murray Sinclair — the former chair of the Truth and Reconciliation Commission on residential schools — will oversee a probe into the city's police services board.

Bellegarde said First Nations need to work with other Canadians to solve these problems. While it looks bleak, he said, he thinks the country is on the verge of breakthrough on the issue.

The AFN is meeting in Regina through Thursday.

The national chief also touched on the embattled missing and murdered Indigenous women inquiry in his speech.

He urged members to support those running the inquiry and encouraged them to put families first.

"This is not simply a policy matter for us, this is about our families," he said. "So we need to support the work of those commissioners and their staff. We need to pray with them. We need to hold them up. We need to lift them up."