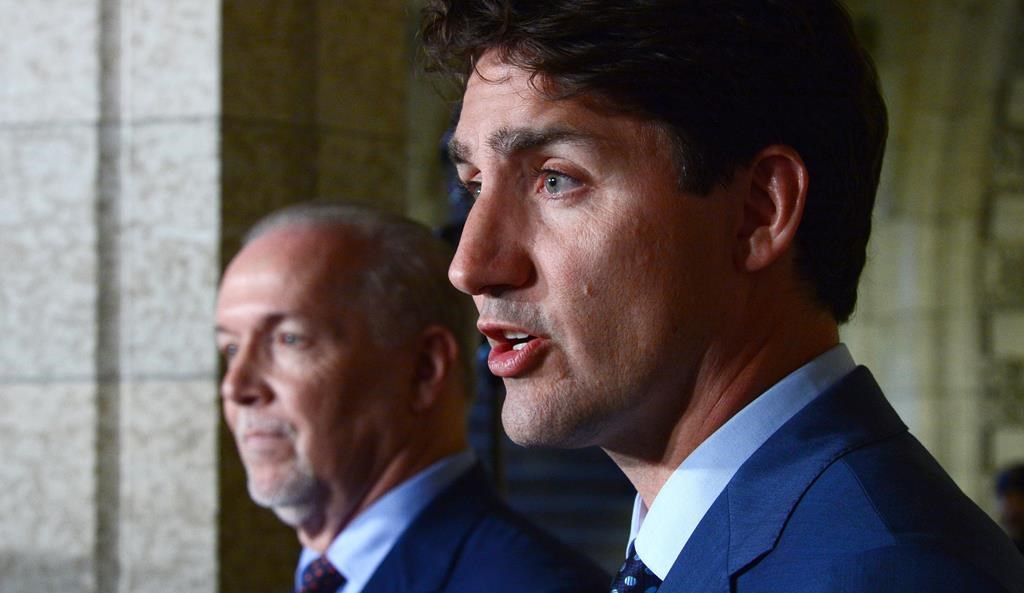 Prime Minister Justin Trudeau plans to visit British Columbia next week to assess the damage wrought by wildfires that have ravaged the interior of the province.

Trudeau says the federal government stands ready to do everything it can to help.

The prime minister announced his planned visit after meeting for the first time with B.C.'s new premier, the NDP's John Horgan.

The two leaders say they used the introductory meeting to concentrate on issues on which they agree and can work together: helping victims of the wildfires, the opioid crisis, the softwood lumber dispute with the U.S. and affordable housing.

They are, for now, avoiding a showdown on a major issue on which they profoundly disagree: the expansion of Kinder Morgan's TransMountain pipeline.