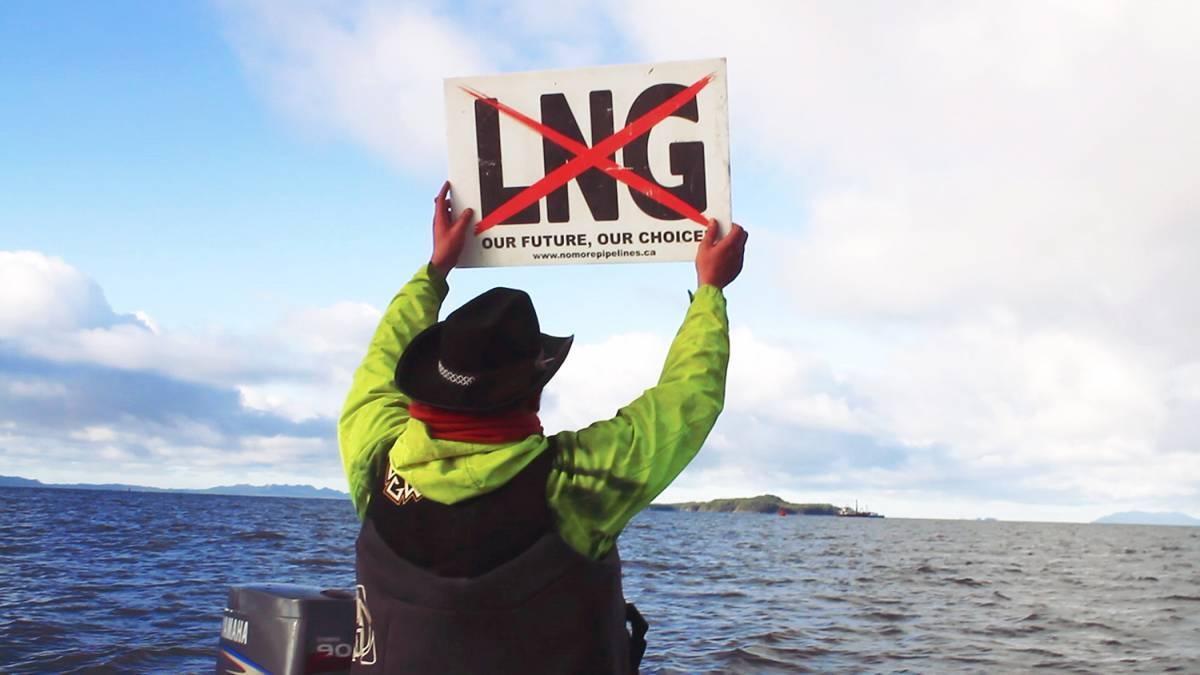 Petronas has cancelled plans for a massive project in B.C. that would have become the largest source of climate pollution in Canada.

The Malaysian company behind Pacific NorthWest LNG proposed to bring fracked natural gas by pipeline from B.C.’s interior and compress it into a liquid for export by tankers from an island near Prince Rupert.

Foreign fossil fuel companies are beating a retreat from big projects in Canada. Shell, Statoil and Marathon recently announced withdrawals from the Alberta oil sands. Imperial, Exxon's Canadian subsidiary, announced in January that it would "write down" 2.8 billion barrels of its bitumen reserves in Alberta. In February, US oil giant ConocoPhillips announced that 2 billion barrels of proven reserves might have to stay in the ground and Exxon itself estimated that 3.6 billion of its barrels were not going to be profitable.

Just like companies leaving the oil sands, Petronas announced it was dropping the liquefied natural gas (LNG) project because of “changes in market conditions.”

Petronas' Pacific Northwest LNG, would have rivalled even the biggest oil sands operations for climate pollution.

The Pacific Northwest LNG project was strongly supported by Christy Clark’s recently departed B.C. Liberal government even though it would have shattered the province's climate targets. On its own, this one project would have accounted for "75% to 87% of the emissions allowed under B.C.’s 2050 target," according to the Pembina Institute.

Justin Trudeau’s federal Liberals gave a green light to the project even though their assessment was based on misleading and inaccurate scientific evidence, as National Observer reported. The project's climate pollution would have been responsible for a large percentage of the "gap" between the federal government's Paris promises and Canada's expected emissions, submitted to the United Nations this spring.

The timing of the cancellation is more than a little suspicious, coming just eight days after NDP Premier John Horgan was sworn into office, supported by an agreement with the BC Greens.

Partisan politickers were quick to blame the incoming NDP:

NDP comes to office in BC, Petronas immediately cancels its $30B LNG investment, 1 of the largest planned foreign investments in CDN history

But independent observers noted that the timing was a bit too cute:

My guess: Petronas, in delivering Pacific Northwest LNG blow, voluntarily gifted @bcliberals a delay in bad news, or were begged to #bcpoli

Zooming out to the big picture, it is increasingly clear that what's needed is not just the "transition" to a sustainable economy, mooted by the federal Liberals, but a national effort towards a just transition for fossil fuel workers.

"Around the world, there is a growing movement demanding a “just transition” for the workforce, so that workers are not left in the cold as fossil fuels become consigned to the past," writes Carbon Brief in a 2017 survey of global policies.

Some in British Columbia were celebrating the climate and environmental "win" from Petronas' decision.

Others noted the important role of local community resistance:

As National Observer recently reported, fossil fuel companies are getting increasingly desperate portraying the future of their business. Exxon and Imperial Oil have just been embroiled in the #Exxonknew scandal with a court order from New York's attorney general.

Workers in the fossil fuel sectors — and Canada's economy as a whole — need industries that are there for the future, not ones that are willing to risk fraud charges to eke out some more years in business.

If you want to track the full story on just transition for workers and the massive energy transition going on all around us, here's one media outlet with the team and focus to get the story to you. Thanks to the support of readers like you who subscribe, National Observer is amping up its mission to investigate and report on the climate stories determining our future.