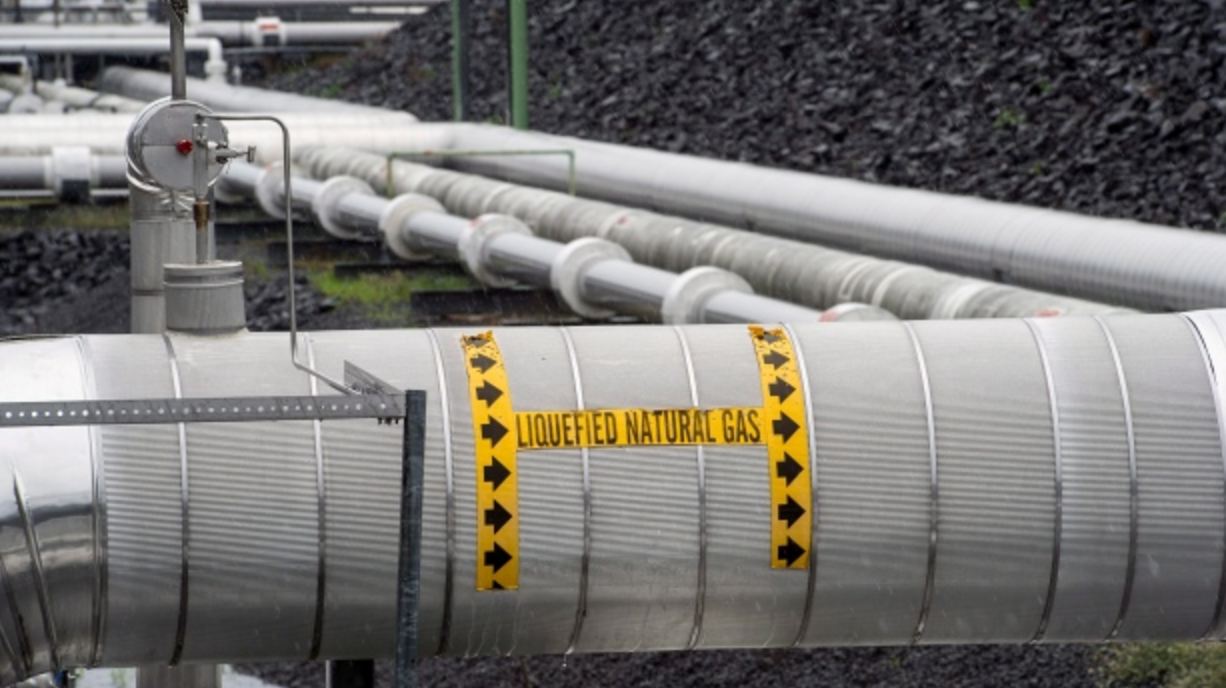 Liquified natural gas is natural gas that has been converted to a liquid state through an intense cooling process. Oil and gas companies covert it into this format to make it easier and cheaper to ship. File photo by The Canadian Press
Previous story
Next story

A Nova Scotia company looking to build a liquefied natural gas terminal on Canada’s East Coast says it’s seeing an uptick in interest since an LNG megaproject slated for the West Coast was scrapped last week.

"We’ve been working with western basin producers over the last year−and−a−half presenting Bear Head as a complimentary option to what was proposed for the B.C. LNG project," MacLean, strategic and regulatory affairs adviser, said in an interview. "It was sort of a plan B."

But with Petronas and its partners pulling out of the $36−billion Pacific NorthWest LNG project planned for British Columbia, Bear Head is hoping to become the top choice for producers looking to get landlocked natural gas to markets.

"We’re not really relishing the fact that Petronas has decided to withdraw their project by any means, but we are experiencing an increase in interest as a consequence of that decision for sure," MacLean said.

In a fiercely competitive energy market grappling with a global oversupply of natural gas and a prolonged period of depressed prices, the cancellation of the West Coast megaproject appears to give the East Coast terminal an edge.

The proposed $5−billion LNG export facility in Cape Breton already has construction and environmental permits as well as federal approval for a licence to export LNG and import natural gas from the United States.

"We’re the only fully permitted LNG project in Atlantic Canada," MacLean said, noting that the construction phase would require 1,500 workers while the terminal would create 150 permanent jobs. "We’re shovel−ready."

Bear Head’s sister company, Bear Paw Pipeline Corp., also has approval to building a 62.5−kilometre pipeline that would run between Goldboro, N.S., to the export facility planned for Point Tupper. The $235−million pipeline would connect to the Maritimes and Northeast Pipeline, which runs from Goldboro to Massachusetts.

The company’s ambitious proposal would see producers in Alberta ship natural gas through TransCanada Corp. pipeline to North Bay, Ont., which MacLean said is currently underutilized and has sufficient capacity. From there, Bear Head would build a new pipeline to Goldboro, a distance of more than 1,700 kilometres.

Building the so−called greenfield pipeline from Ontario to Nova Scotia would require deals from producers up front, something MacLean said he’s optimistic Bear Head can obtain within the next year or so.

While western Canadian producers would be able to deliver natural gas to domestic markets from Alberta to Nova Scotia along the way, the final destination would be overseas.

The natural gas, shipped through pipeline in a gaseous state, would be liquefied at the Point Tupper terminal, loaded onto tankers and exported to northwestern Europe or other international markets, he said.

"I’m a long−time skeptic of all the Atlantic Canada LNG proposals," he said. "But this is the longest of the long shots."

While Adams called the planned Bear Head project a "theoretical possibility," he said it’s not practical.

He said western Canadian producers would be better off shipping natural gas south of the border, to the Sabine Pass LNG Terminal on the border between Texas and Louisiana, for example.

Adams said if the market is not attractive enough to get British Columbia — positioned close to energy−hungry Asian markets — into the LNG business, then "Nova Scotia is just not even worth talking about."

Liquefied Natural Gas Ltd. bought the site in Point Tupper from Anadarko Petroleum Corp. in an $11 million deal that closed in August 2014.