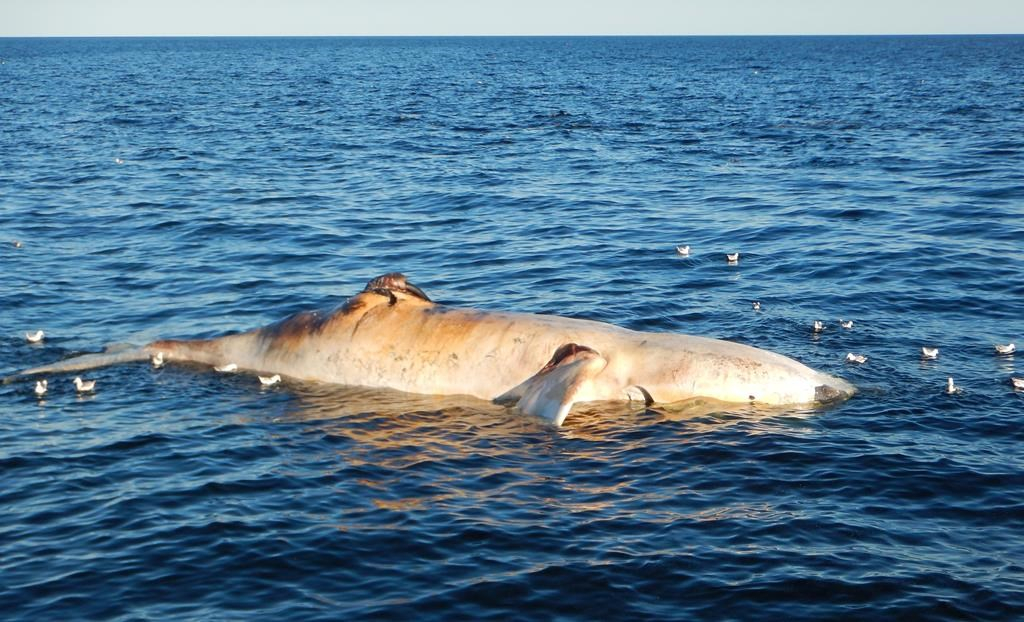 Another North Atlantic right whale has been found floating lifeless off the west coast of Newfoundland. Handout photo by The Marine Security Enforcement Team, Quebec
Previous story
Next story

The department says one of the animals had not been counted amongst the previous eight right whale carcasses that have been spotted in the Gulf of St. Lawrence in recent weeks. Officials didn’t immediately say when the carcasses washed ashore.

Scientists are working to confirm the identities of the whales and learn more about the causes of death. The government says one of the carcasses was initially believed to be another species of whale, but was later confirmed to be a North Atlantic right whale.

Fisheries officials examined the remains of another right whale at a site in western Newfoundland last week.

North Atlantic right whales are critically endangered, with only about 525 believed to be alive.