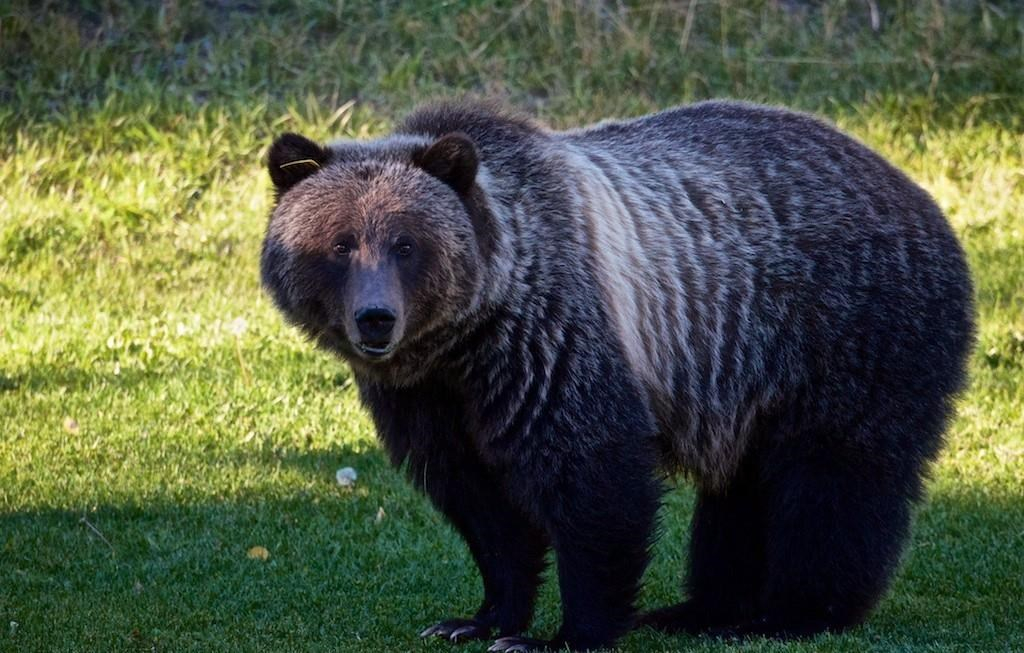 Bear 148, seen here in an undated handout photo, is a grizzly in the Banff area whose repeated human contacts are threatening its future. Handout photo by Parks Canada/Alex P. Taylor
Previous story
Next story

A feisty female grizzly that came too close to people too often has been moved far away from her stomping grounds in Banff National Park and the Canmore area to protect public safety.

Paul Frame, a provincial carnivore export, said Bear 148 was tranquilized and relocated from her home range to the remote Kakwa Wildland Park in northwestern Alberta.

Frame said despite the best efforts of Alberta and Parks Canada staff to condition her to avoid humans, Bear 148 was approaching people daily, including a close call with a man near Canmore Thursday.

"She did come within a metre of a jogger," Frame said Monday. "At the point we decided any closer would result in contact.

"We are trying to prevent a tragedy from happening here."

Bear 148 has gotten near people dozens of times since she was born in the Banff area 6 1/2 years ago.

This summer the bear strayed onto a rugby field during a practice, charged a person walking with a stroller and chased dogs out for a walk with their owners.

No one was ever hurt, but the threat was always there.

Officials were hoping the bear would learn to stay away from humans in the busy, scenic Bow Valley.

But the hungry bruin, which has bred twice this year, has a mind of her own.

"We tried to condition her out of high-use areas where we don't want bears to be — residential areas, off-leash dog parks," he said.

"I would prefer to never be a metre from a bear coming towards me."

Grizzlies are a threatened species in Alberta and experts estimate there are about 65 of the bears in all of Banff National Park.

Frame said they hope Bear 148 will have cubs and thrive in her new home 700 kilometres away in the wilderness.

"We wanted to move that bear as far away as we could get her from human habitation to give her the best chance."

"Parks Canada values the conservation work of the Province of Alberta and respects the province's jurisdiction and wildlife management practices in the recent decision to relocate Bear 148," Christina Tricomi, a Parks Canada spokeswoman, wrote in an email.

"All government land and resource managers must make difficult decisions to balance the safety of residents with the needs of wildlife. The Province of Alberta made such a decision in relocating Bear 148."