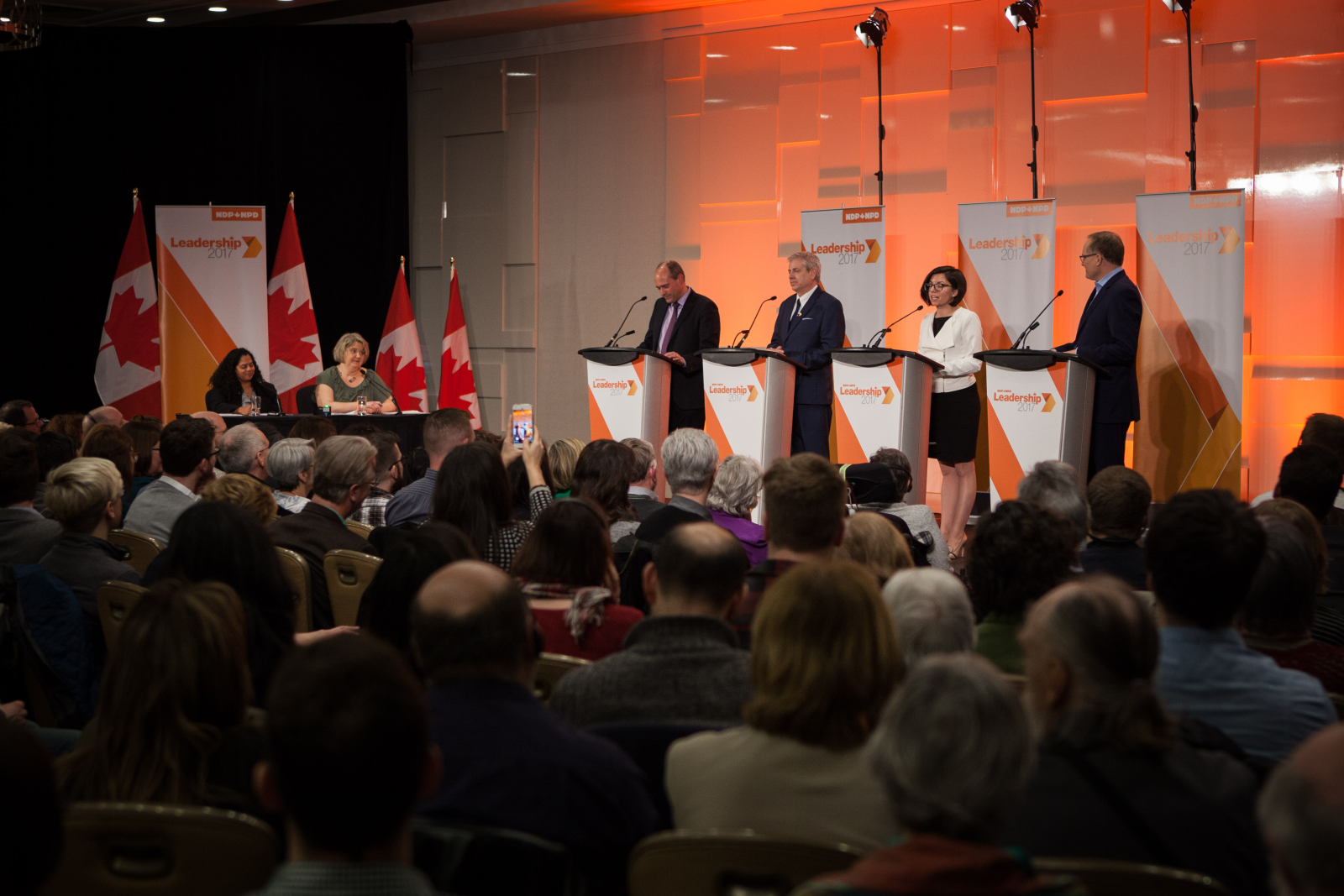 Four candidates set out their vision for the leadership of the federal NDP in a debate in Ottawa on Sunday. File photo by Alex Tétreault
Previous story
Next story

Federal NDP leadership hopefuls will make a critical pitch tonight to supporters in British Columbia — a province where party members are finding renewed hope after the swearing-in of NDP Premier John Horgan.

Ontario legislator Jagmeet Singh, Manitoba MP Niki Ashton and Quebec MP Guy Caron will go head-to-head in Victoria, though Ontario MP Charlie Angus is unable to attend the event due to a serious illness in his family.

The debate comes at a key time for all of the candidates as they strive to sign up as many party members as possible before a registration cutoff on Aug. 17.

The location for the event — decided before the outcome of the recent provincial election — is also significant for all contenders who see B.C. as fertile ground for the party.

For his part, Singh has been able to secure the support of members of the federal B.C. caucus as well as eight provincial MLAs.