By Letters in Opinion, Politics | August 2nd 2017
#8 of 52 articles from the Special Report: Letters to the Editor 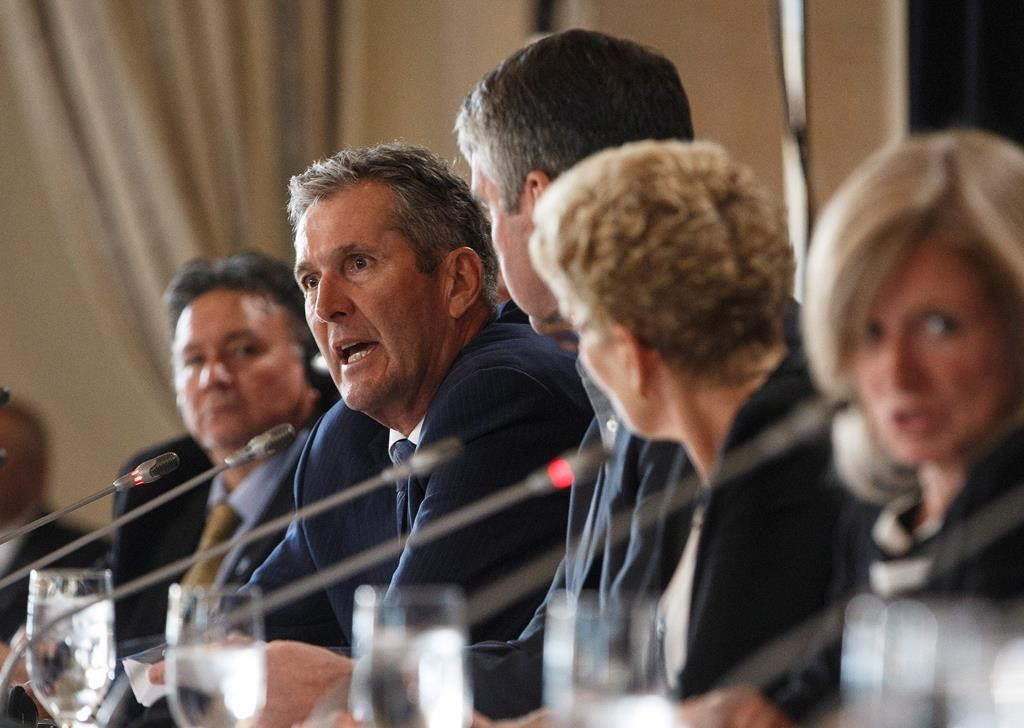 Manitoba Premier Brian Pallister speaks during the final press conference at the Council of Federation meetings in Edmonton Alta, on Wednesday, July 19, 2017. Photo by The Canadian Press/Jason Franson
Previous story

At 4:30 p.m. last Friday, I received multiple wasp stings while at the Lake of the Prairies. My Epi pen was about 115 kilometres away, in Dauphin, Man. By the time I arrived at the Roblin Health Centre—about 16 kilometres from the cottage—the allergic reaction was in full force.

This example illustrates why all communities must maintain their health facilities.

In 1996, hospitals across Canada centralized because then-prime minister Jean Chrétien made deep cuts to the health care budget. Paul Martin followed, and left then-prime minister Stephen Harper a surplus of more than $13 billion, which he wasted. In 2014 the Canada Health Accord expired and Harper refused to renew it.

He played the divide and conquer game with the provinces. Manitoba still hasn't signed on.

Politicians of all stripes have cut health care under the guise of saving money. Is saving money more important than saving lives?

As one becomes a senior citizen, one realizes that all the money in a bank account cannot buy back health. When governments close hospitals, cut nursing care, cut emergency room access and response, they are putting your life on the line.

Municipal governments and citizens must stand up against these detrimental cuts.

Remember only the squeaky wheel gets the grease. Don't wait until it's too late. Write letters, telephone, and lobby both your MP and your MLA, and your local government