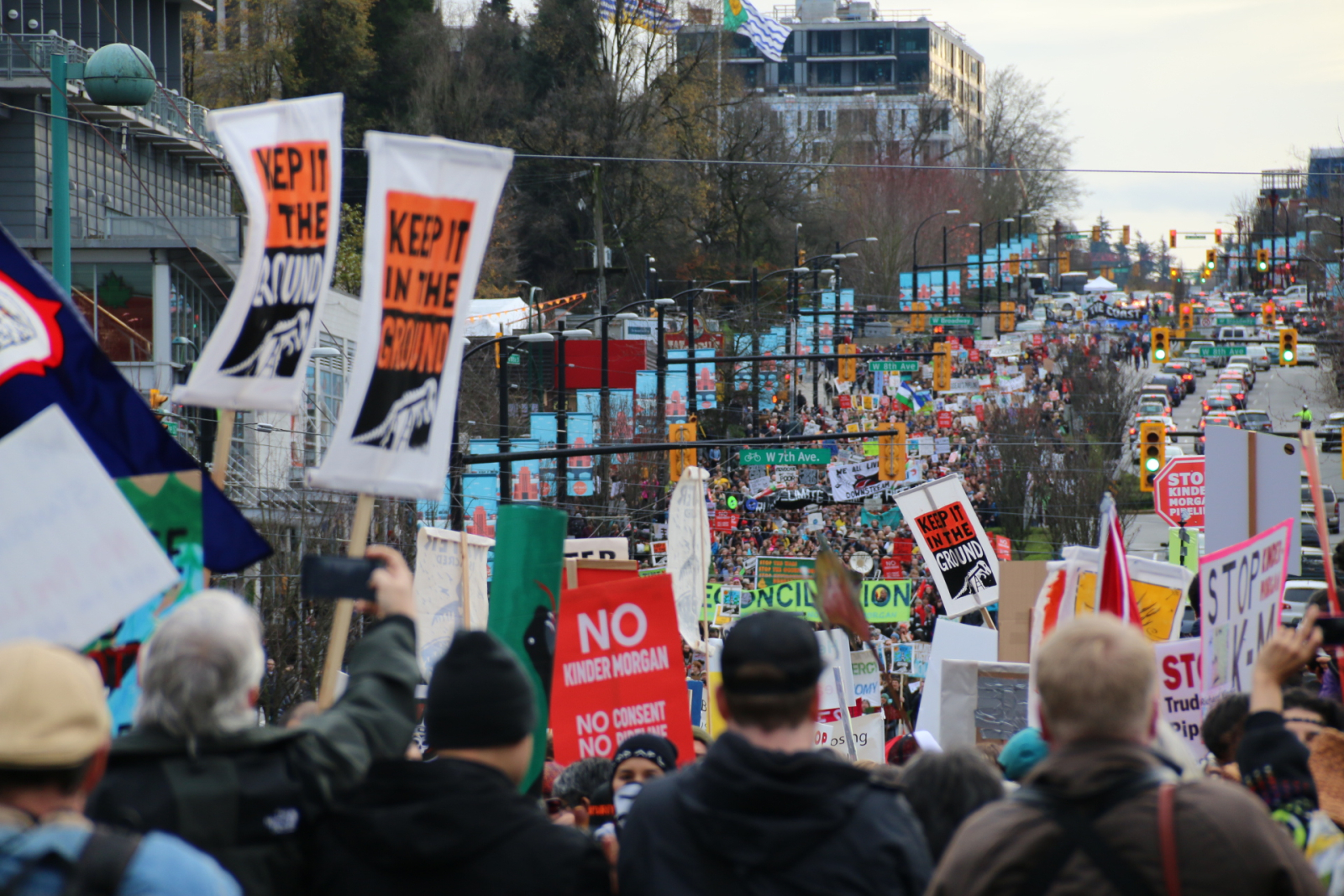 There has been roughly one significant pipeline spill per week in the United States since 2010, in systems connected to three companies now angling to finish major oilsands pipelines, says a new report released by Greenpeace.

“That track record is very worrying and should send alarm bells out to every single community along the pipeline routes,” said Mike Hudema, an Edmonton-based Greenpeace campaigner.

Greenpeace used data made public by the U.S. Department of Transportation’s Pipeline and Hazardous Materials Safety Administration to target leaks of crude oil, refined petroleum products, or other highly volatile liquids, reported for pipelines owned by Enbridge, Kinder Morgan, TransCanada, and their subsidiaries.

According to the Greenpeace report, the spills "released a total of 63,221 barrels of hazardous liquids," between 2010 and now, "including Enbridge’s 20,082 barrel diluted bitumen spill into the Kalamazoo River in 2010."

The three companies are behind four major oil pipeline projects: Kinder Morgan’s Trans Mountain expansion, Enbridge’s Line 3 replacement, and TransCanada’s Energy East and Keystone XL pipelines. While Energy East is still in the process of being assessed, the Trans Mountain, Line 3, and Keystone XL projects have been approved and are supported by the federal government.

The Canadian Energy Pipeline Association (CEPA) did not immediately respond to a request for comment about the study. But the industry lobby group and its members regularly point to statistics showing that pipelines are the safest way to transport fossil fuels and that the companies are constantly improving their efforts to prevent spills and leaks.

"Through CEPA, members work together to continuously improve in key areas to reach our goal of zero incidents," the lobby group recently said on its website as it released a 2017 performance report. "Safety, environmental protection and emergency response are, and always have been, our top priorities.

The performance statistics released by the association revealed that member companies had reported 46 incidents involving the release of natural gas and liquids from pipelines in 2016. But CEPA said that only one of these was considered to be "significant."

"Transmission pipelines are critical energy infrastructure, delivering the energy Canadians use every day," CEPA said on its website. "We will fulfill our essential role safely, reliably and efficiently. Canadians and the customers we serve – from oil and gas producers to refiners and processors to residential, commercial and industrial customers – expect this of us."

But their study also highlights the absence of comprehensive, accessible, and easy-to-understand data on pipeline spills in Canada.

“In Canada, pipeline databases really leave a lot to be desired,” Hudema said.

Whereas the United States makes both federal- and state-regulated pipeline data available to the public, Canada’s National Energy Board provides information about federally regulated pipelines, or those which cross provincial borders.

Each province is responsible for its own pipeline data.

“It would be great to have a standardized federal database,” Hudema said. “It’s important to have just an overall snapshot of, where is Canada’s pipeline safety?”

Darin Barter, a spokesman for the National Energy Board notes the regulator, “closely tracks, records and publishes all incidents on NEB-regulated pipelines in Canada,” and counted 1.5 incidents per thousand kilometres of pipelines in 2016.

In 2013, Global TV made an easy-to-search pipeline spill database public, and explicitly highlighted the difficulty of getting data from Alberta's energy regulator.

Federal Natural Resources Minister Jim Carr was not immediately available to comment on the availability of national pipeline spill data.

Drawing out the data from the United States, Greenpeace forecasts significant spills—defined as spills which could harm someone, cost thousands to clean up, or release more than 50 barrels of material—are inevitable.

In an e-mail response to National Observer questions, Barter says Greenpeace’s report, “is solely focused on incidents in the United States of which the National Energy Board cannot verify."

In January, 2017, the National Energy Board found that human error had caused an average 20 pipeline leaks a year over the course of three years, marking a sharp increase over the four-per-year counted over the six previous years.

No one can believe any of the

No one can believe any of the propaganda issued by CEPA, CAPP (Canadian Association of Petroleum Producers), ANY of the pipeline companies, the NEB, and provincial regulators.

Repeatedly they all distort, deceive, misrepresent, conceal, contaminate, underreport, underremediate, and abrogate their responsibilities to the environment and landowners. They promote a culture of corporate greed and deception.

The NEB refuses the calls for integrated Canadian jurisdictional reporting and coordination of a cross-country, publicly available spills database.

"State of the art" leak detection systems don't exist. Spills go unreported, and most that are reported are by third parties as they were unknown to the pipeline company at the time they occurred. Their detection systems FAIL!

The world learned the dirty little secrets of supposed "remediation" by pipeline companies from the disaster of Kalamazoo and "burying" of contamination, and, voilà, it's GONE? This is not an isolated attempt at deception.

Recent incidents across Canada involving, for example, Husky, Trans-Northern and Nexen, clearly demonstrate this industry underreports, drag their heals on clean up, and take years (if at all) to act on orders for remediation.

The pipeline industry has captured the regulators, who act as their shills.