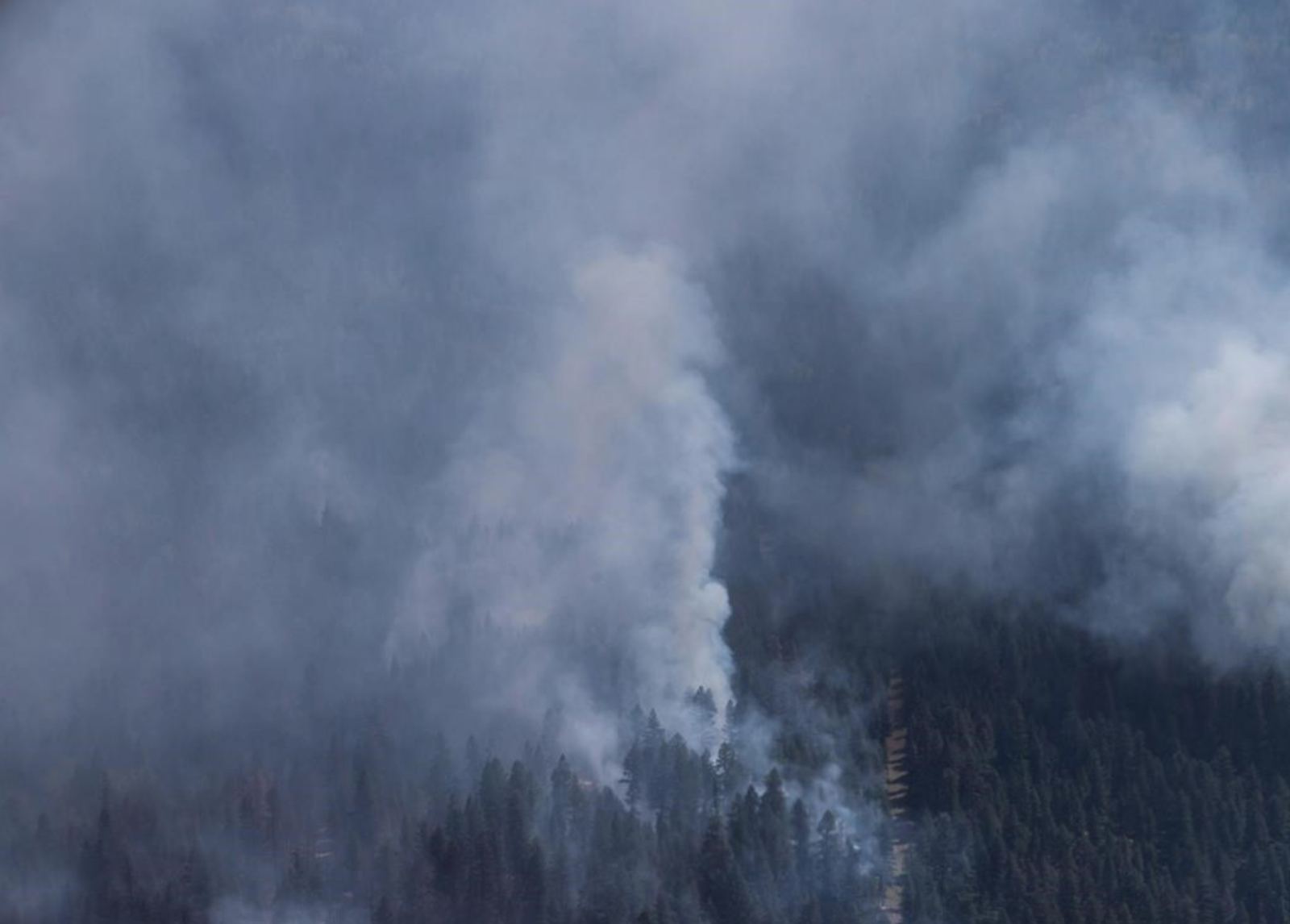 Smoke billows from more than 120 wildfires burning through B.C. in summer of 2017. Photo by The Canadian Press
Previous story

This year’s wildfire season has become British Columbia’s worst in six decades, and a provincial spokesman says the action is far from over.

Kevin Skrepnek of the BC Wildfire Service said Thursday that 4,910 square kilometres of forest, bush and grassland have been torched, making 2017 the second worst year in recorded history in terms of land destroyed.

"I think it’s important for everyone to remember we are only in early August at this point," Skrepnek told reporters during a daily wildfire conference call.

August is usually one of the busiest months for fire, so this current situation could get worse, he added.

B.C.’s most devastating fire season on record was in 1958, when flames consumed about 8,560 square kilometres, though Skrepnek said it is too early to tell whether this year could surpass that level.

"I don’t want to speculate at this point, given that we do still have all of August ahead of us and there’s potential for activity out there," he said.

The province began tracking fire statistics in 1950. There were 126 fires burning across B.C. on Thursday, eight of them newly sparked on Wednesday.

The cost of firefighting efforts has topped $204 million, which Skrepnek said is relatively low compared with previous years because of the late start to the 2017 season.

The BC Wildfire Service is also reaching further afield for reinforcements, with details still being worked out to bring in firefighting crews from Australia and New Zealand, possibly as early as next week.

The Canadian Forces announced it would begin rotating out 200 soldiers who have been helping with firefighting efforts in the Interior.

Maj. Jeff Allen said residents should not be alarmed if they notice an increase in military equipment moving along highways near Williams Lake, where troops are stationed.

Skrepnek said a forecasted change in weather is expected to shift wind patterns and cut back the smoky haze that has settled over much of B.C.’s coast in recent days.

It’s been nearly three weeks since B.C. declared a provincewide state of emergency and tempers are beginning to flare among locals concerned for their homes and livelihoods.

Greg Nyman, 52, is a rancher who lives about 80 kilometres west of Kamloops, where an aggressive fire is resisting the efforts of hundreds of firefighters to bring it under control.

Nyman said he is frustrated with the wildfire service because another blaze started after a planned burn backfired, sending embers onto a nearby hillside.

"It was a bad call on their part," Nyman said, expressing concern for his cattle.

Heather Rice, a fire information officer, said controlled burns are an important firefighting tool, though there is always a small chance of "an escape" happening.

"There’s always going to be some risk any time a control fire is started," She said. "However, most of the time it’s a very successful way to control a fire, especially a fire of this size."

Skrepnek said he understands people’s anxiety but insisted planned ignitions are necessary in a case like this.

"It’s not a fire that we can be fighting with water or removing fuel by hand. Using fire to fight fire is one of our only tactics to address a fire of this size," he said. "To be frank, this is an active fire that, if we hadn’t taken action, likely would have gotten into this area regardless."

All eyes on Williams Lake, B.C., as firefighters brace for lightning, wind