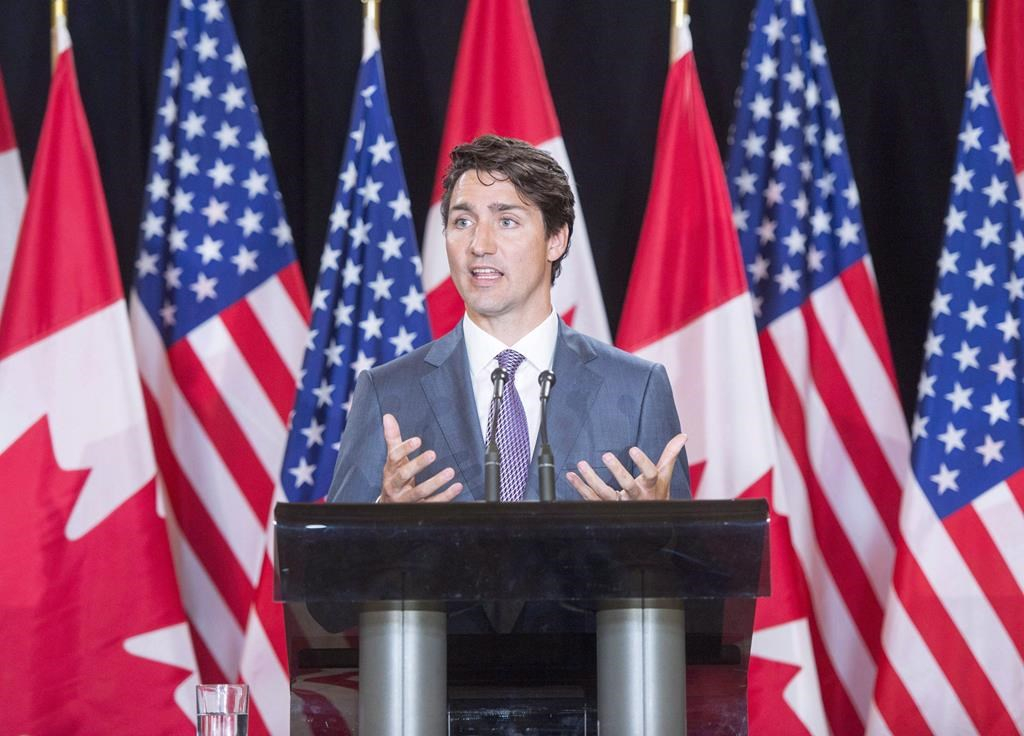 In return, the provincial leaders are pledging a united front to vigorously defend Canada's interests in the talks, which are set to start Aug. 16.

The exchange of promises came in a conference call Trudeau held Thursday with provincial and territorial leaders.

A summary of the call released by the Prime Minister's Office says the first ministers agreed to continue working closely together to ensure the message about the value of NAFTA and the trade relationship with Canada is understood by key decision-makers in the U.S.

Federal and provincial leaders, ministers and officials have for months been conducting a full-court press in the U.S. to make that case with American state and federal legislators and business leaders.

Earlier this week, the Washington Post published a leaked transcript of a late January phone call between U.S. President Donald Trump and Mexican President Enrique Pena Nieto. The transcript suggests Trump had an overwhelmingly positive attitude about Canada as he took office.

The context for the exchange was Trump's bitter and escalating feud with Mexico at the time. U.S.-Mexico relations had just reached their nadir over the proposed border wall, and who would pay for it. Pena Nieto cancelled a trip to Washington.

Pena Nieto encouraged a more positive discussion: He supposedly urged Trump to focus on the fact that the three NAFTA countries could negotiate a new trade framework. That prompted a rejoinder from the president.

"Canada is no problem," Trump replied, according to the leaked transcript.

Those remarks echo public comments he made a few days later at a news conference with Trudeau. His rhetoric has ebbed and flowed since then. Trump has complained about Canadian dairy and lumber policies, and often threatens to scrap NAFTA barring a new deal.

The reality entering trade talks is a bit more mundane.

The U.S. has posted its priorities for the NAFTA negotiations starting Aug. 16, and they lie somewhere between the two extremes of the everything-is-fine attitude in that January phone call and the more aggressive talk favoured by some Trump advisers and occasionally the president himself.

The U.S. positions include a laundry list of traditional American demands when it comes to Canadian trade. Most of the U.S. NAFTA demands could be found on annual lists published by the U.S. government, year after year.

Those demands include more access for U.S. dairy and wine on Canadian store shelves; freer trade in telecommunications and banking; stricter patent rules for drugs; and tax cuts for online shopping of imported U.S. goods.

Other priorities dear to the Trump administration include changes to auto-parts rules and the dispute-settlement process.