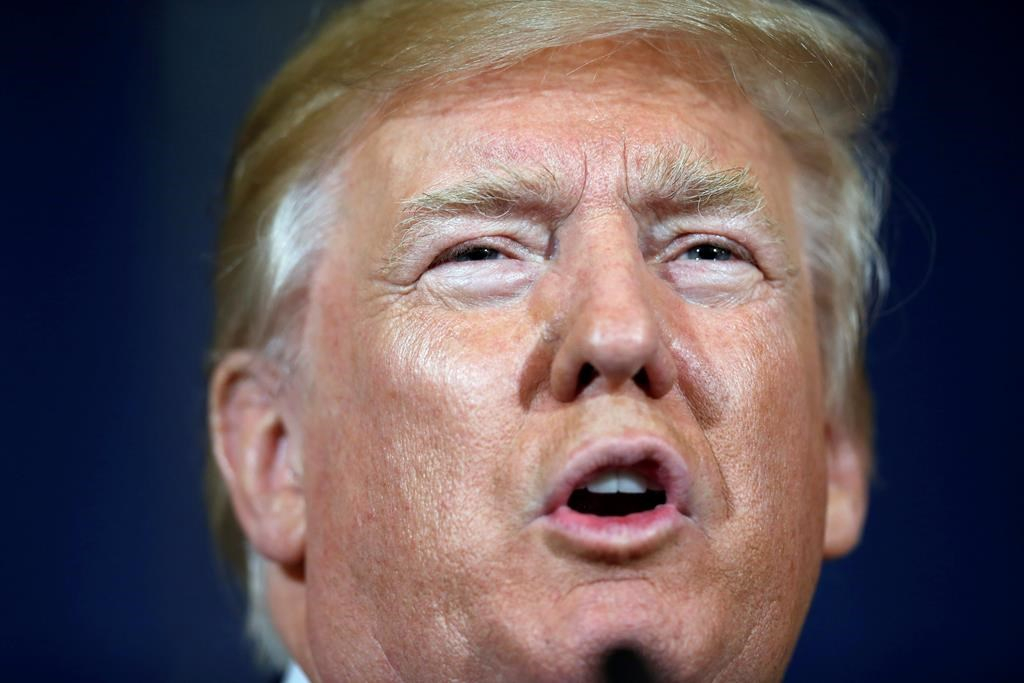 Some recent presidential statements by Donald Trump have simply been ignored by his own administration. File photo by the Associated Press
Previous story

Something strange has been happening lately in Washington when the most powerful man in town, the president of the United States, makes a headline-grabbing declaration on some new policy.

The recent response has been: Nothing.

Some recent presidential statements have been simply ignored, tuned out as meaningless noise by the federal apparatus he runs. Sunday provided the latest example of the Trump administration ignoring Donald Trump.

It came after the president suggested at a partisan rally this week that the Justice Department should be investigating his defeated election opponent: "What the prosecutors should be looking at are Hillary Clinton's 33,000 deleted emails," Trump told a crowd, prompting chants of, "Lock her up!"

Rod Rosenstein not only rejected the idea that public statements from the president should be viewed as an order — he made clear that even if such an order were delivered explicitly more formally, in a private setting, he would refuse it as improper.

"No," Rosenstein replied, when asked about the presidential demand, in a Fox News interview. "I view what the president says publicly as something he said publicly. If the president wants to give orders to us in the department, he does that privately."

He went one step further: "The president has not directed us to investigate particular people. That wouldn't be right. That's not the way we operate."

The president triggered an avalanche of attention with a headline-grabbing announcement on Twitter: After consulting with his generals and military experts, the president said, the U.S. military would no longer accept or allow transgender people.

The blunt, clear statement prompted questions about what procedures might be implemented; what would happen to the transgender people already serving; what financial conditions might apply to any discharges; and whether the order might be fought in court.

But then a considerable wrinkle developed: The military said it wasn't happening.

It shrugged off the announcement from its commander-in-chief. In an internal communication published by Politico; a statement issued by the Secretary of Defence; and in an exchange with reporters, the military made clear it did not view Trump's statement as official policy.

"What you saw in the form of a tweet represented an announcement," Navy Capt. Jeff Davis told Pentagon reporters, according to the Washington Examiner. "Orders and announcements are different things, and we are awaiting an order from the commander-in-chief to proceed."

One well-connected military official, chatting off the record, said this discord could occur in the most urgent, life-and-death matters. If the president issued an ill-advised order for a military strike, against North Korea or elsewhere, he predicted the military might push back under a four-word justification: ''If it's not legal.''

That definition of an illegal order, he said, might include a military strike that doesn't get congressional authorization. He said there was already widespread anxiety last spring, among military brass, over the order for a limited strike against Syria.

That order was ultimately carried out.

But the Syria issue has also offered examples where administration officials have cited policies different from the president: Vice-President Mike Pence, and UN ambassador Nikki Haley, have taken anti-Russia, anti-Assad, pro-regime-change positions at odds with the president's.

"The Pentagon seems to be basically ignoring the president's tweet (on transgender people). And that's not something that's just isolated to the Pentagon. The vice-president seems to have his own Russia policy... Attorney-General Sessions, not doing what the president wants him to do in terms of prosecuting or investigating Hillary Clinton.

"There's a question on the part of subordinates in this administration of how seriously they should take the utterances of this president."

Some of those glaring public differences have fuelled speculation that different Republicans are seeking to build their own political resumes. A weekend article in The New York Times suggested different Republicans were even planning the possibility of running in 2020, in case the president doesn't.

Pence vigorously denied a weekend story in The New York Times that he was organizing for such a run: "The allegations in this article are categorically false and represent just the latest attempt by the media to divide this administration."

But the congressional wing of Trump's party doesn't deny this: Republican lawmakers are indeed pushing back.

They've passed a Russia-sanctions bill; used procedural tools to block presidential appointments during the summer break; and several have crafted bills to protect the special Russia investigator Robert Mueller from being dismissed without cause.

All of this is against the president's wishes.

"I think, actually, it may be the Republicans should get some credit for showing independence and not necessarily deferring to a White House that happens to share their party," Republican Sen. Thom Tillis told Fox on Sunday.

"One of the mistakes that Congress has have made over the past 70 or so years is convey a lot of authority (to the president) that they should never have allowed to leave the Congress."