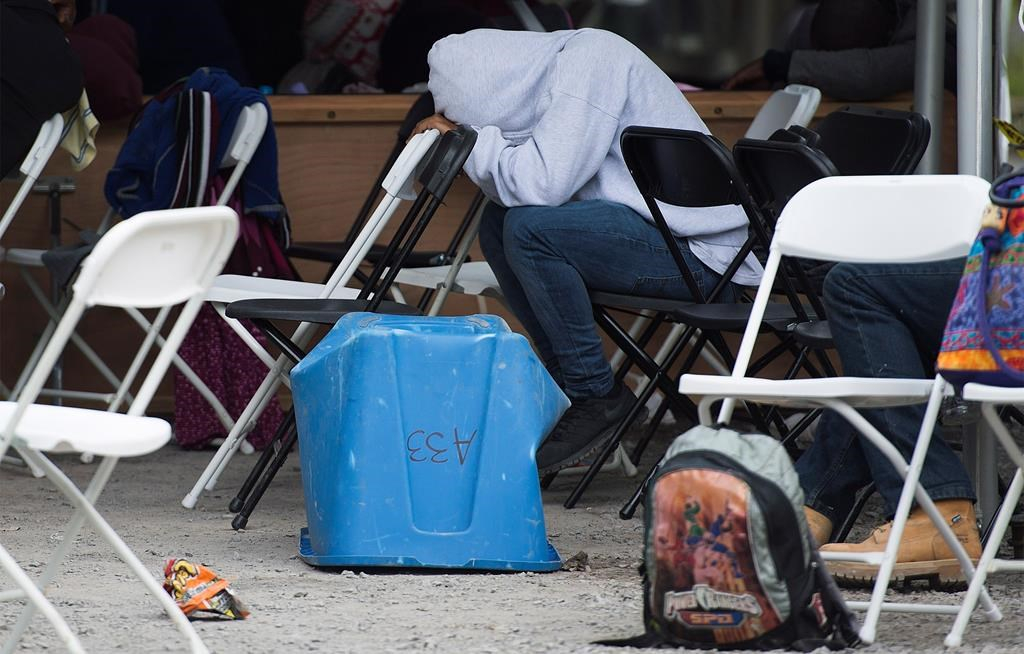 A de-facto refugee camp has been set up at the Quebec-US border. Nearly 1,800 people entered Canada via an unofficial crossing in the first week of August, 2017. Photo by The Canadian Press
Previous story

Twenty officials from the Immigration and Refugee Board have been assigned to focus exclusively on deciding asylum claims lodged by people crossing illegally into Quebec.

The dedicated team will start hearing applications from those who arrived earlier this summer, but the decision is being driven by the exceptionally high volume of people arriving in recent days.

"The reason this is important to do now is that this trend seems to be growing not decreasing," Shereen Benzvy Miller, the head of the refugee protection division at the IRB told The Canadian Press on Friday.

"And projections that we're given don't look like it is going to slow down any time soon."

Between Aug. 1 and Aug. 7 alone, 1,798 people showed up at an unofficial crossing from the U.S. into Quebec, the IRB said.

The surge in arrivals has prompted extraordinary measures at the border, including the establishment of a de-facto refugee camp as security officials must hold people until their initial screens are completed.

Based on that, people arriving right now may not even be judged eligible to make a claim for months, Benzvy Miller said.

The IRB had already been dealing with an increased number of claims since before the illegal crossings started this year and the current rate of arrivals has created a backlog of 1,000 cases a month.

That was on top of cases that were already languishing in the system for years thanks to a change in the way claims were handled in 2012; the board had already redirected some members to handling just those legacy cases.

The 20-member group now tasked with this issue is a pilot project and Benzvy Miller insisted Friday it will have no impact on asylum applications being filed by others.

The point of assigning members solely to the border crossers applications is in part because many of the claimants are believed to come from the same place.

"That's a familiarity that helps in adjudication to figure out the risk and the need for protection for people coming in," she said.

What's sent many of them over the border into Canada was a change in U.S. policy that could see Haitians end up being deported back to Haiti.

Canada lifted its own stay on deportations to Haiti last year.