By Elizabeth McSheffrey | News, Politics | August 11th 2017
#90 of 390 articles from the Special Report: State Of The Animal 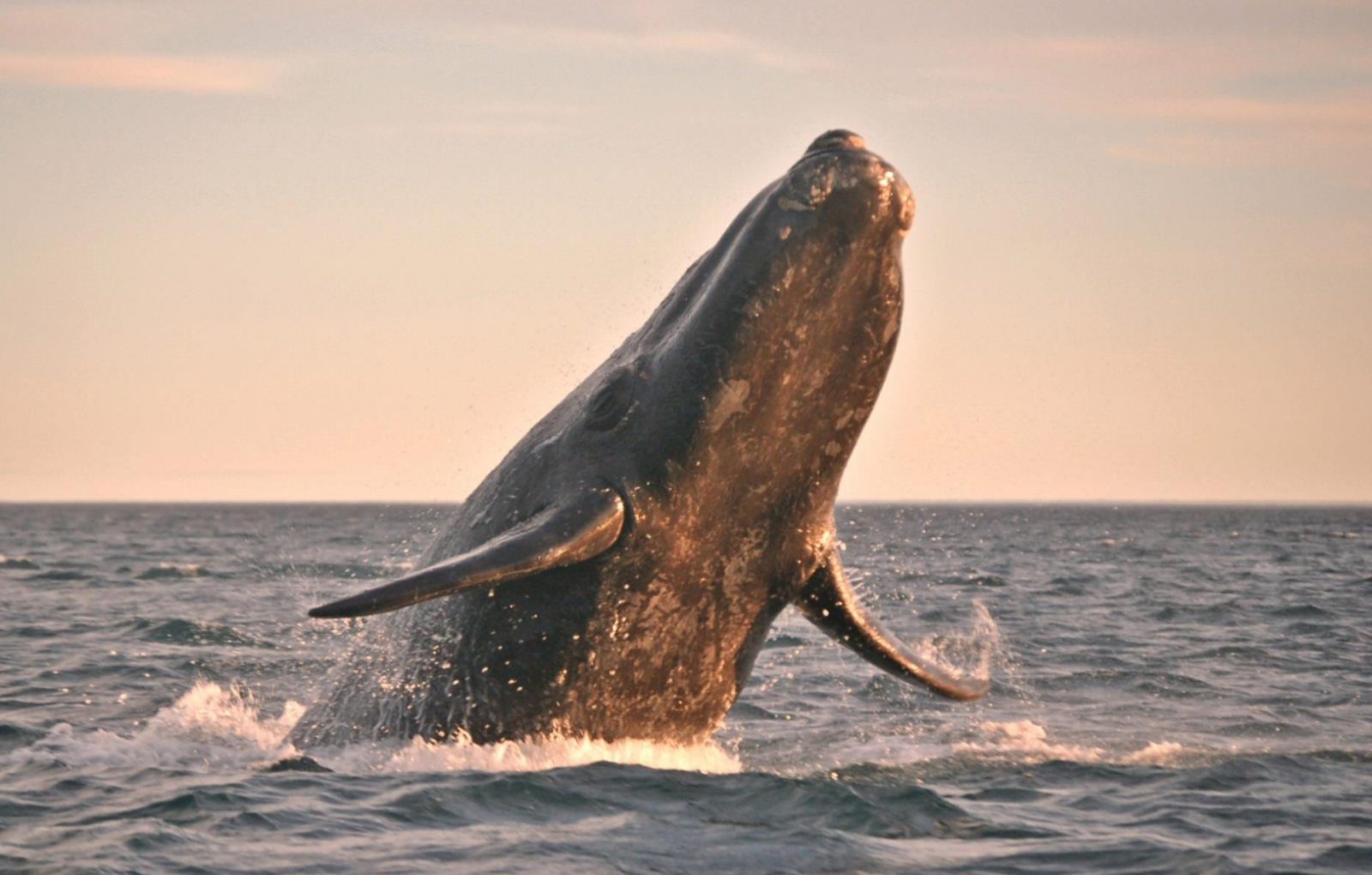 The federal government has pledged to take "every possible measure" to save the endangered North Atlantic right whale, at least 10 of which have died in Canadian waters over the last three months. Photo courtesy of Fisheries and Oceans Canada
Previous story
Next story

Marine shipping vessels are under new orders to slow down in the Gulf of St. Lawrence as part of the federal government's plan to prevent the North Atlantic right whale death toll from climbing even higher.

At least 10 of the rare whales — whose global population has already dwindled below 525 — have died in Canadian waters since June, prompting a collaborative effort between Transport Canada and the federal fisheries department to save the endangered species.

Effectively immediately, said Transport Minister Marc Garneau, shipping vessels of 20 metres in length or more must reduce their speed to 10 knots in parts of the Gulf of St. Lawrence where right whales have been observed this summer. Those who don't will face the music, he added, to the tune of up to $25,000.

“These are reasonable measures to accomplish something extremely important," he told reporters during a press conference in Shédiac, N.B. on Friday morning. "...We will not keep the measures in place any longer than necessary, but we will make sure that whilst there's a significant population of right whales in the Gulf of St. Lawrence, we track where they are and when they move away."

Examination has revealed that blunt trauma, consistent with a vessel strike, is to blame for three North Atlantic right whales deaths in the region earlier this year. A fourth died entangled in snow crab fishing gear, and necropsies are currently determining the cause of death for six remaining whales.

North Atlantic right whales "are relatively slow-moving," Garneau explained, and the speed reduction will improve their odds of surviving a collision.

The speed restrictions are now in place for large vessels travelling in the western Gulf of St. Lawrence from the north shore of Quebec to just north of Prince Edward Island. Smaller vessels, said Garneau, are encouraged to reduce their speeds voluntarily.

A coalition of Canadian and international scientists is currently studying what prompted the elusive right whale to migrate to the Gulf of St. Lawrence to begin with. According to Fisheries and Oceans Canada, their migration typically ends in New Brunswick's Bay of Fundy, which is further south.

Only this year have the whales — one of the heaviest in the world at up to 70,000 kilograms — settled in the Gulf in numbers ranging between 80 and 100. It's a dramatic increase from previous years, said Fisheries and Oceans Canada Minister Dominic LeBlanc.

"People were caught by surprise this year," he said, standing beside Garneau. "This endangered species of marine mammal needs protection and the Government of Canada and Canadians will do what we have to do to ensure not only the protection of North Atlantic right whales, but also the recovery of this species as well."

Other measures already taken to protect the right whale in the Gulf of St. Lawrence include the closure of a southern crab fishery, delays and restrictions in the opening and operation of other fisheries, and more than 335 hours of aerial oversight to track the location of the animals.

The new vessel speed restrictions will be enforced in partnership with the Canadian Coast Guard, Transport Canada’s National Aerial Surveillance Program and Fisheries and Oceans' regular surveillance fly-overs. In addition to a fine, the names of offending vessels will be published on the federal government's website, added Garneau, "but we're hopeful this will not occur." 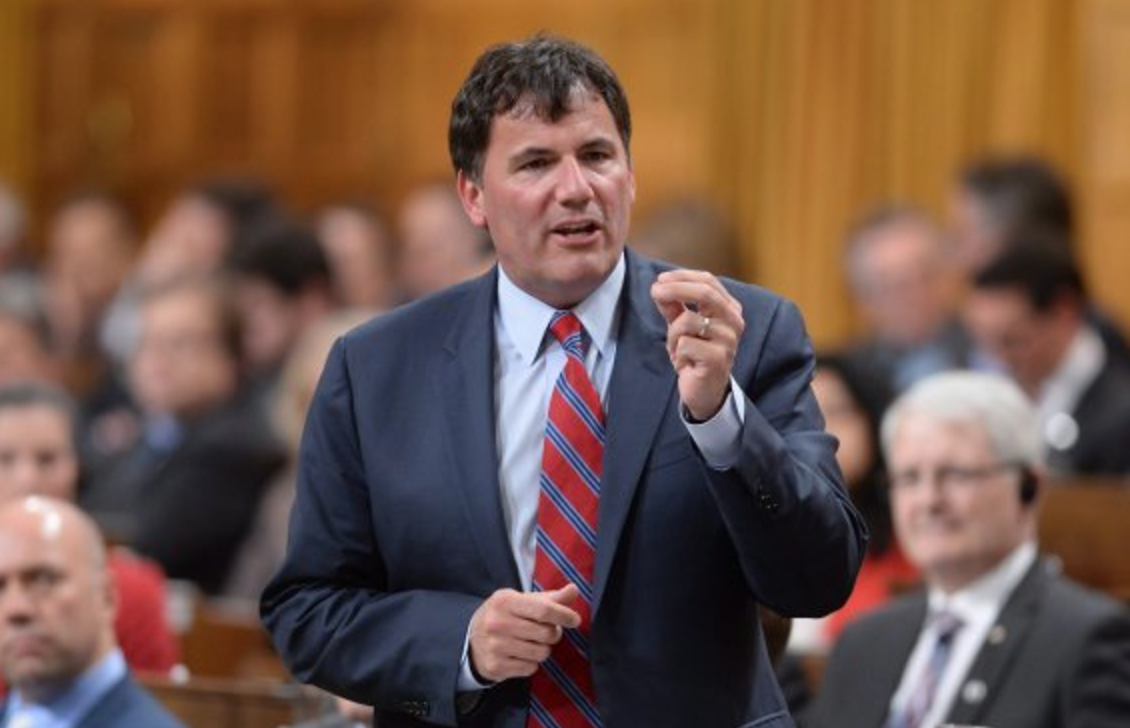 The plan is an expensive undertaking, and will result in costs both to the federal government through enforcement, and to shipping vessels whose delivery times will be delayed as a result of the speed reductions. Garneau and LeBlanc couldn't estimate the approximate cost to either party on Friday morning, but confirmed that each right whale necropsy in Canada runs up a tab between $60,000 and $70,000.

Much of the cash for efforts to save the species will come from the federal government's new $1.5-billion national Oceans Protection Plan, said Garneau, which includes funds for both studying the right whale and recovering its habitat.

"The Government of Canada will spend what we have to spend to ensure we’re working effectively with all our partners to protect these species that are at risk," he insisted. "I want Canadians to know that before this particular incident, we were already taking strong measures to address the threat to marine mammals through our oceans protection program."

In Nova Scotia, University of Dalhousie post-doctoral fellow Kimberley Davies applauded the federal government's shipping vessel announcement. North Atlantic right whales are too "habituated" to vessels to move out of the way, she explained, and it must be vessels that strive to avoid them.

The speed of 10 knots ensures a "50-50" chance of surviving a vessel strike, said Davies, a researcher for the oceanography department who has studied the whales since 2007. Any higher speed quickly increases the mortality odds to 100, she added.

"Right whales have no behavioural ability to avoid ship collisions," she told National Observer in an interview. "Right whales do not respond to the sounds of approaching ships. There is scientific evidence— exposure studies — that have shown that.

Similar voluntary speed restrictions are in place along right whale habitat in the Mid-Atlantic United States, Davies added, including the Boston Shipping Lanes. Friday's announcement represents a "science-based measure" recommended by researchers all over the world, she explained, including the U.S. National Oceanic and Atmospheric Administration (NOAA)

Davies team at Dalhousie University is part of the coalition of researchers, scientists, and experts working with the Fisheries Department, Transport Canada, the shipping industry, the NOAA and other organizations to save the endangered species.

The environmental organization WWF-Canada acknowledged Friday's announcement as "an important step," but ultimately said that such "temporary measures" will not be enough to save the species at large.

In a press statement, WWF-Canada president and CEO David Miller criticized a federal plan to allow oil and gas drilling in the Gulf of St. Lawrence's Laurentian Channel — right in the heart of a marine protected area (MPA) it plans to create there. North Atlantic right whales are known to frequent that area, he explained, encouraging Ottawa to prioritize "permanent, meaningful protections" for vital whale habitat.

"Proposed regulations will still allow oil and gas drilling and seismic blasts in 80 per cent of the MPA," he said. "These activities threaten whales and other wildlife. An oil spill would be even more devastating."

Miller also emphasized the importance of studying why right whales continue to collide with ships and fishing gear. He hypothesized that a lack of sufficient food or toxins in the ocean could leave the whales weak and disoriented enough for an accident.

Davies declined to comment on the oil and gas drilling plan without more information, but said she believes Ottawa is taking all the measures it can with the amount of information available. The federal government continues to monitor and track the whales, she added — data that is critical to avoiding the collisions that kill them.