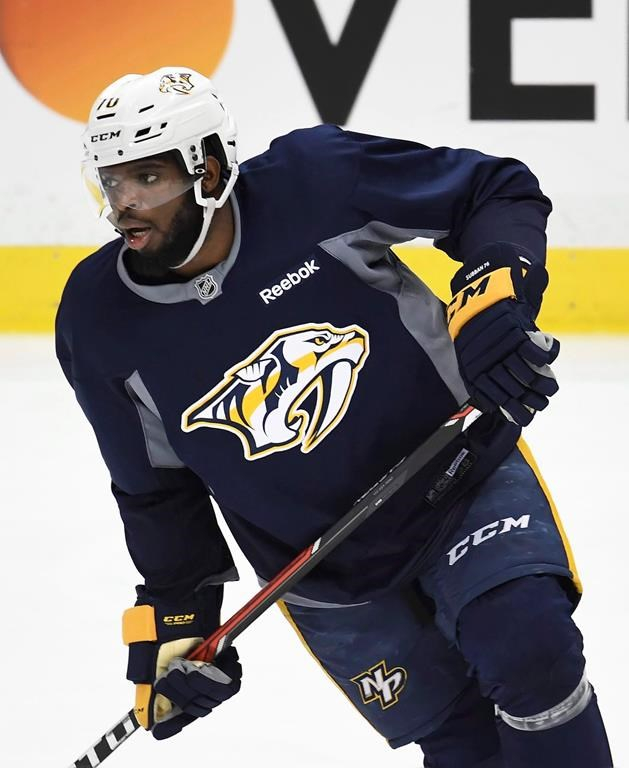 Nashville Predators P.K. Subban skates up ice during afternoon hockey practice before Game 2 of the Stanley Cup Finals against the Pittsburgh Penguins at PPG Paints Arena in Pittsburgh, on May 31, 2017. File photo by The Associated Press/Peter Diana
Previous story
Next story

P.K. Subban is widely regarded as one of the most entertaining players in the NHL, and he has the Twitter followers to prove it.

The Nashville Predators defenceman is the first Canadian NHL player to pass one million Twitter followers, according to the social media website.

To put that into perspective, Edmonton Oilers captain and reigning NHL MVP Connor McDavid had around 268,000 followers as of Thursday, while rookie of the year Auston Matthews, who plays in the NHL media fishbowl of Toronto, had around 122,000.

Pittsburgh Penguins superstar Sidney Crosby isn't a factor as he isn't on Twitter.

Possibly the closest Canadian competitor to Subban is Florida Panthers goaltender Roberto Luongo, whose popular and often hilarious @Strombone1 account was approaching 750,000 followers as of Thursday.

Subban is a long way from Russian star Alex Ovechkin, who has over 2.5 million Twitter disciples.

How does Subban stack up against the top athletes in other sports? Former Los Angeles Lakers star Kobe Bryant has over 12 million followers, golfer Tiger Woods is at around 6.25 million, mixed martial arts star Connor McGregor is over 5.3 million and Canadian tennis player Eugenie Bouchard has almost 1.4 million.