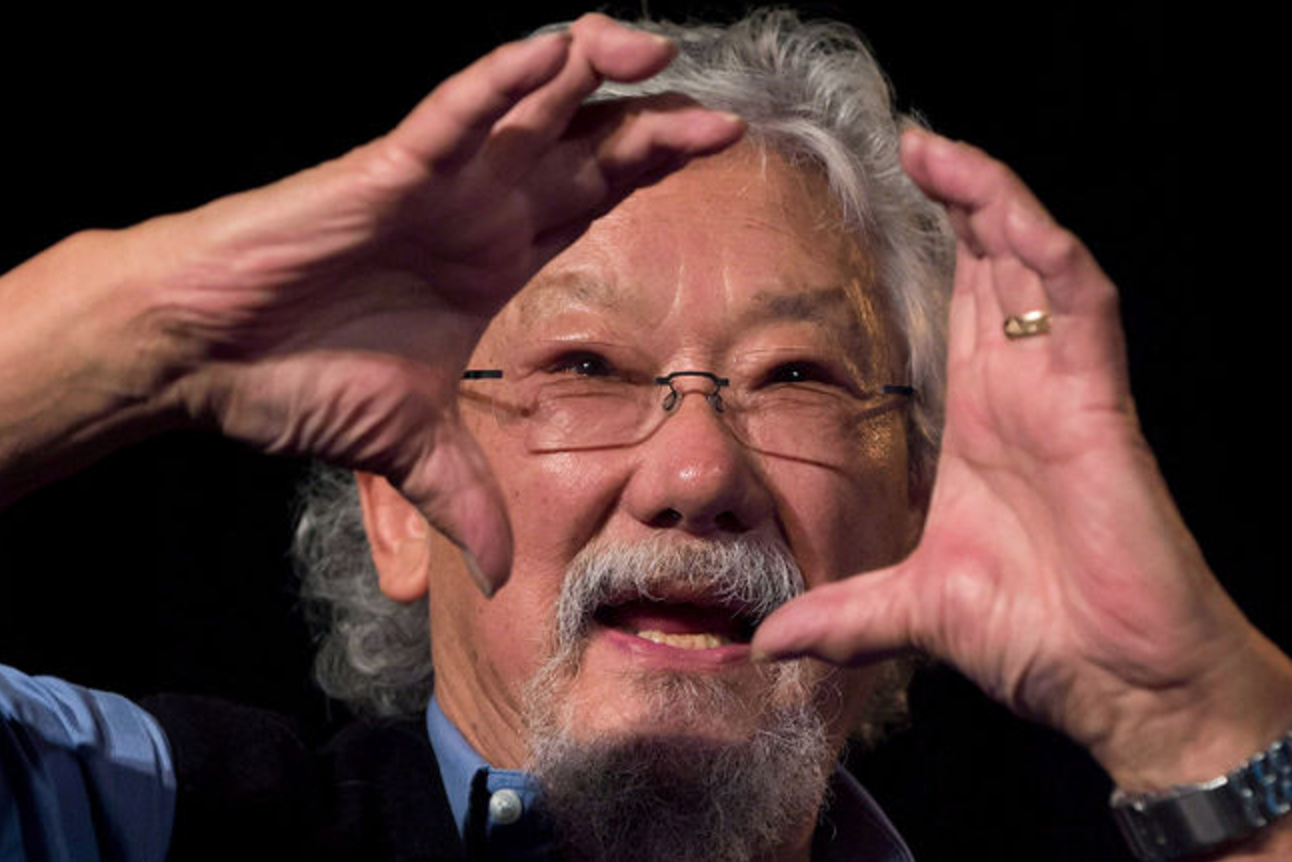 The host of CBC's The Nature of Things endorsed Ontario NDP MP Charlie Angus in a statement early Monday morning, calling the Timmins—James Bay representative the guy who "doesn't just talk," but "gets things done."

Angus, who has held his seat since 2004, was the party's critic for northern and Indigenous affairs before tossing his hat into the ring in February. He is an author, musician — and prior to politics — an activist whose portfolio includes work in environmentalism and social justice.

"Charlie was a bridge builder bringing together farmers, blue-collar workers, Indigenous peoples and environmental activists," said Suzuki in his statement. "He put the work into bringing divergent communities together into a movement that was unbeatable."

In the early 2000s, Angus protested on the front lines against the controversial proposal to dump Toronto's waste into the open-pit of the shuttered Adams Mine south of Kirkland Lake, Ont. That's how he came to know Suzuki, the candidate tweeted Monday morning.

"My relationship with Dr. David Suzuki comes from my work fighting toxic waste imports to north, documented in my book Unlikely Radicals," he wrote.

My relationship with Dr. David Suzuki comes from my work fighting toxic waste imports to north, documented in my book Unlikely Radicals pic.twitter.com/hlbwSctqAJ

Suzuki applauded Angus' determination both on the picket lines and in Parliament, and championed him as the best candidate for dealing with "the great crisis of our time." Angus has already published his climate change portfolio, which includes pledges to create a new Crown corporation dedicated to driving sustainable development and to eliminate all subsidies for the oil and gas sector.

"Charlie understands that the fight for environmental justice is intricately tied to social justice and we can’t have either without ensuring there is Indigenous justice," said Suzuki. "The solution will not be met by dividing people, by making winners and losers, but through bringing people together."

Party members will cast their ballots for a new leader in October this year. Other candidates in the race are Manitoba MP Niki Ashton, Ontario MPP Jagmeet Singh and Quebec MP Guy Caron.

By Elizabeth McSheffrey | News, Energy | April 13th 2017
Reports from the Race to a Safer World

There's absolutely nothing wrong with Charlie....but if you are a young NDP voter, Nikki Ashton looks like the future. Social justice, equality and a strong commitment to fighting climate change are all essentials of any struggle to assure us a better future.
But losing our cowardice around what is happening in Palestine, and insisting that our commitment to a foreign policy that includes the Geneva Conventions, just for starters, is fundamental also. As a life long CCF and then NDP voter, I'm proud of that young woman from northern Manitoba who has the political courage to name one of the elephants in our nominally democratic nation.

Silence about the atrocities in Gaza and the West Bank...efforts to criminalize the boycott, divest and sanction campaign....are part and parcel of climate change denial. That a young woman has stepped up to say so, is why I'm voting Nikki Ashton for federal leader.

Something to think about.