Some asylum-seekers struggling to find housing after leaving shelters 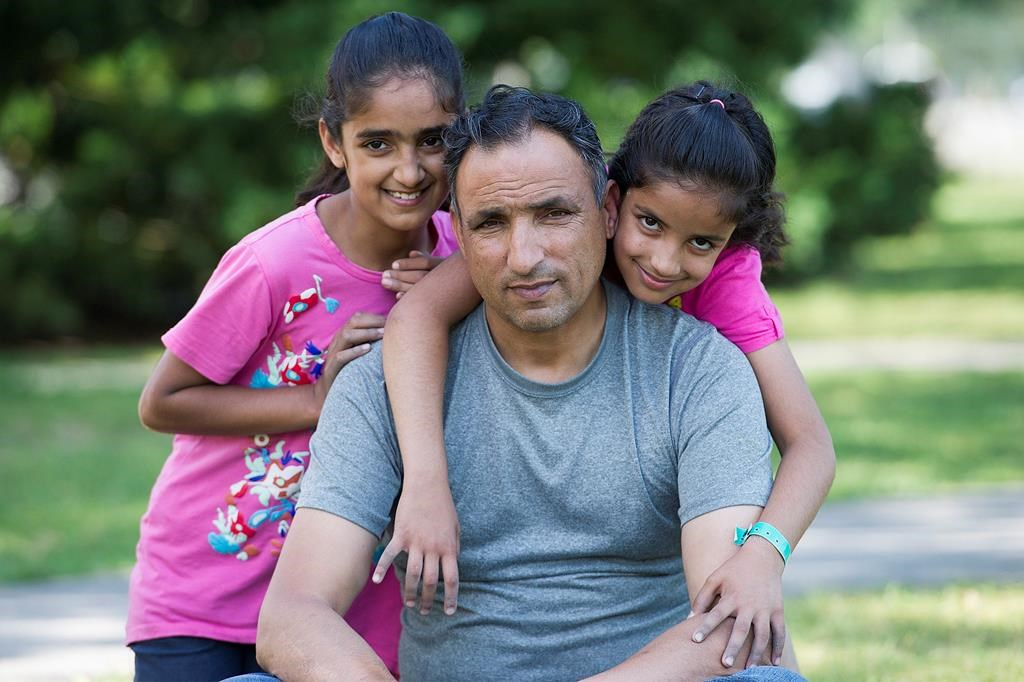 Some of the asylum-seekers who have recently crossed the Canada-U.S. border say they're struggling to find a place to live once they leave government-run temporary shelters.

Ahmed Iftikhar, 42, says he walked across the border from New York in late July with his wife and four children.

Since then, he says they've been moved from one temporary shelter to another: first a hotel, then the Olympic Stadium, and now a former convent in the city's Ahuntsic-Cartierville borough.

The shelters have been set up to receive the surging number of asylum seekers who have been crossing into Quebec in recent weeks, but they are only intended as temporary housing.

Asylum-seekers are generally expected to leave the shelters once they receive their first social assistance cheques, but several who spoke to The Canadian Press say that's easier said than done.

Iftikhar, who says he fled violence in Kashmir, says he's walked as far as he can in every direction looking for an apartment, but hasn't found anything to accommodate his family of five.

He says authorities at the shelter gave him a one-week transit pass and a list of possible addresses to check out, but so far he hasn't had any luck.

"There is nobody to help," he said as he watched his children play in a park near the shelter. "I want to leave here but I don't know what to do."

Another asylum-seeker, who gave his age as 30 but did not want to give his name, said he crossed the border last week with $34 dollars in his pocket.

He says he's passed through 11 countries since leaving his native Haiti three years ago and decided to take a chance on a new life in Canada.

He said he's supposed to leave the shelter and find a new place to live by Aug. 20, but without a phone he isn't sure how to find an affordable apartment, or a lawyer to help with his claim.

"Six hundred or $700 dollars isn't a lot to eat with, to sleep with," he said outside a creole restaurant a block from the shelter where he's been staying.

Between Aug. 1 and Aug. 7 alone, 1,798 people showed up at an unofficial crossing from the U.S. into Quebec.

So far the numbers show no sign of slowing.

On Sunday, a spokeswoman for the armed forces said more tents were being set up at a temporary camp set up near the Lacolle border station to accommodate people waiting for processing.

Lt. (Navy) Eliane Trahan said the camp's capacity would more than double to 1,200 people, up from 500 last week.

Many of those coming to Canada, like 30-year-old Marie-Junie Joseph, are originally from Haiti.

In the United States, the Trump administration is considering ending a program that granted Haitians so-called "temporary protected status" following the massive earthquake that struck in 2010.

Joseph said the threat of deportation drove her to leave North Carolina for Canada with her husband and daughter.

"I came because the door is open here, because I heard Canada is open to immigrants" she said outside the Haitian restaurant in Montreal, her two-year-old daughter on her lap.

Canada has already lifted its own moratorium on deportations to Haiti.

Given the high volume of arrivals, many of the asylum-seekers now have several months to wait before their hearings before the hearings that will determine whether they can stay.

Joseph, like the others, says her family hasn't found an apartment yet.