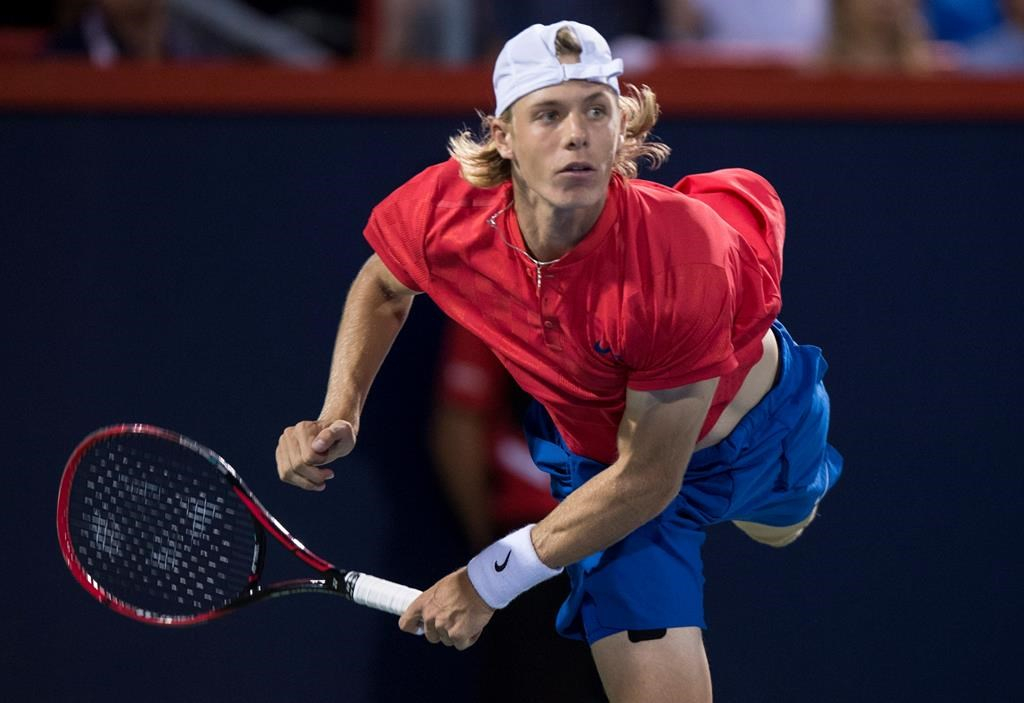 Denis Shapovalov of Canada serves to Alexander Zverev of Germany during the semifinals at the Rogers Cup tennis tournament on Saturday, August 12, 2017 in Montreal. Photo by the Canadian Press/Paul Chiasson
Previous story
Next story

An unexpected run to the semifinals of the Rogers Cup has rocketed Canada's newest tennis star up the world rankings.

The 18-year-old left-hander from Richmond Hill, Ont., introduced himself to Canada last week with an exhilarating performance at the Rogers Cup in Montreal that included a victory over top-seeded Spanish legend Rafael Nadal.

The Canadian lost to fourth-seeded German Alexander Zverev in Saturday's semifinals but still pocketed a cool US$220,760 in prize money.

Shapovalov told reporters over the weekend that his "whole life has changed in the past five days."

The main question now is whether the Rogers Cup was a flash in the pan or a sign of bigger things to come.

Zverev, also one of the game's rising stars, predicted a long rivalry with the Canadian.

"I told him that this is just the first match of very many that we will play against him," said Zverev, currently ranked 10th. "Hopefully a lot of other big matches, maybe in Grand Slams, maybe in finals of tournaments.

"On the other hand, I will say 'Don't expect him to win U.S. Open in the next few months.' He still needs some time. This is I think the best tennis he played in his life. For him to play this level consistently, it might take him another two to three years."

Zverev ended his first season as an 18-year-old ranked 83rd.

Shapovalov has spent most of his time since turning pro last year playing lower-tier Challenger events and was scheduled to play the Odum Brown Vanopen in Vancouver this week. He withdrew Sunday, citing fatigue.

If he can maintain his ranking, he could be leaving the Challenger circuit behind altogether as he'll now have more opportunities to play top-level ATP events.

His next major task will be to qualify for the U.S. Open, which starts later this month in New York.

Milos Raonic, Canada's highest-ranked singles player, saw his ranking unchanged at No. 10 after a second-round loss in Montreal. Vancouver's Vasek Pospisil, who was eliminated in the first round last week, dropped three spots to No. 78.