Is Rachel Notley's NDP doomed? Not so fast 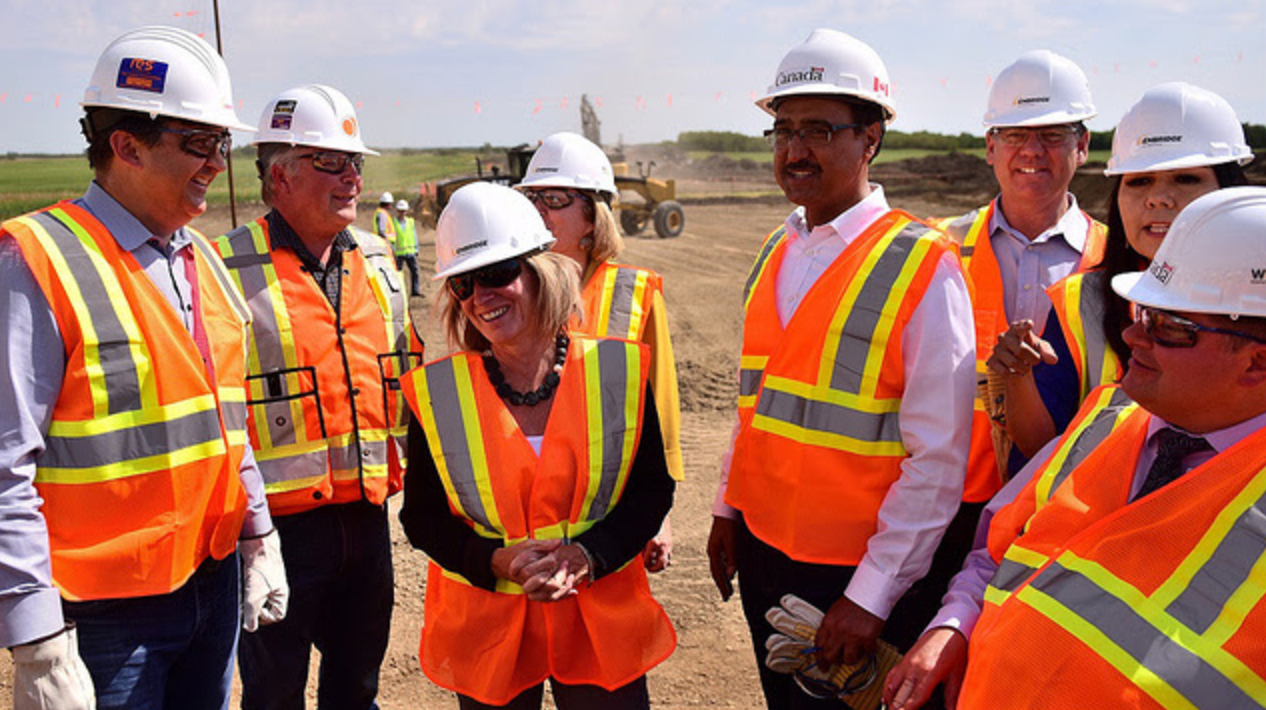 Alberta Premier Rachel Notley visits the Line 3 pipeline construction site in Hardisty, Alta. on August 10, 2017. The unite-the-right movement is focused on winning the province back from Notley's NDP in 2019. Photo provided by Government of Alberta
Previous story
Next story

No wonder Alberta’s newly united conservatives are feeling so triumphant these days.

Their big gamble — to convince the right-wing Wildrose Party (the official opposition) to merge with the remnants of the formerly mighty Progressive Conservatives — was accomplished almost without a hitch last month.

More than 95 per cent of those who cast ballots voted to come together under a new banner, the United Conservative Party — though in fact, only about half the membership of the two old parties bothered to vote.

The merger takes Alberta conservatives a giant step closer to their goal of defeating Premier Rachel Notley's NDP government, and the prospect is intoxicating to the right, which has little but disdain for the NDP.

The UCP will reverse many of Notley’s policies, returning the province to its natural governing conservative party. And the NDP government, an aberration, will be consigned to history.

Or so goes the thinking.

And, as Saskatchewan Premier Brad Wall exits the national stage, Alberta's right-wing leaders must be hoping they can take on the classic Western role of fighting Ottawa.

His departure leaves a vacancy: Will the new leader of Alberta's United Conservative Party be able to pick up the mantle Wall shed? And will they successfully stoke the flames of an anti-carbon tax movement the way Wall has since Justin Trudeau became prime minister in 2015?

In the province's legislature, merging Alberta's two parties means 21 Wildrose MLAs previously led by Brian Jean are now joined by a handful of Progressive Conservatives to form a caucus of 29. The NDP holds 55 seats, so Notley retains a comfortable majority in the house.

But the next election, spring 2019, is the real target.

The logic of uniting the right takes a page from the playbook of former prime minister Stephen Harper and those who worked to unite the federal right in the early 2000s. They created the Conservative Party from the Progressive Conservative and Reform-Canadian Alliance parties, wrested power from the Liberals, and governed for nearly a decade.

The giddiness on the right got a quick boost from a July poll showing the combined new party had already garnered the support of 57 per cent of decided voters polled. The NDP was down at 29 per cent. That seems like convincing evidence the right has captured the hearts and minds of Albertans even before the party chooses a leader and makes policy.

But not so fast.

It’s true the right had to unite to have a chance of defeating the NDP in the next election. It’s far too early, however, to assume that uniting alone makes victory inevitable — as Jason Kenney would like you to think.

Yes, that Jason Kenney: Harper’s former right-hand man who came back from Ottawa to spearhead the unite-the-right campaign and keep Harper Conservatism alive in Alberta.

Kenney took over the old Progressive Conservative party of Peter Lougheed — which was sputtering after its historic defeat in the 2015 election — and turned it into his vehicle for joining with the Wildrose.

While Kenney is undeniably a formidable organizer, he faces a few problems, starting with this one: not all the provincial Progressive Conservatives will follow him, partly because the two parties were very different.

The provincial Tories are not Harper-style conservatives and that’s why some party officials and one MLA, Richard Starke from north of Edmonton, refused to join the merger.

Yes, Alberta always sent a slate of federal Conservatives to Ottawa, but the provincial party was a big tent with lots of red Tories and room for progressives, and not many social conservatives. The Harper party members were soulmates with the opposition Wildrose MLAs and even cheered for them in provincial elections.

The old Lougheed-style Tories join a large swath of muddled moderate voters looking for a new home. Many of these are people who voted in droves for the NDP in the last election, desperate for change after 44 years of Tory rule. How comfortable they remain with the NDP government is a key factor. Some are looking to the tiny centrist Alberta Party.

But the moderates are notoriously hard to organize in Alberta, and there’s little time.

Meanwhile, there is a splintering on the right as well. A rump of the Wildrose party refused to join the merger movement and announced it is starting a new party, the Alberta Advantage Party.

So far, Kenney and Jean are clear — they will cancel the carbon tax, reverse the minimum wage increase, cut spending to reduce the deficit and roll back protection for farm workers. Basically they plan to undo everything Notley has done.

But that will be a miscalculation if they want to reach a broader electorate.

While there is mighty heaving about the carbon tax on the right, Albertans in general are paying at the pumps with a shrug of acceptance. Big oil companies don’t have a problem with the carbon tax — they helped devise Notley’s climate change plan.

And, if Kenney cancels the carbon tax, he also cancels the rebate cheques that go to most middle- and low-income Albertans twice a year.

In the May, 2015 election, the Wildrose and Progressive Conservatives split the right wing vote. Combined, that vote totaled 51 per cent of votes cast — a lot higher than Notley’s winning 40 per cent. The division of the right was clearly fatal that night.

Alberta’s political landscape is in flux.

The right is united, sort of, but the centre is a shambles and the left belongs to the NDP. The challenge for the pragmatic premier is to capture some of that middle ground while she wrestles down a rising deficit and hopes for good economic news.

Not to mention, lobbied for and were given a carbon cost deduction scheme in the NDP Modernized Royalty Review, along with exemptions and allowances regarding the carbon levy, so they don't pay any of the Bill 20 fuel taxes.