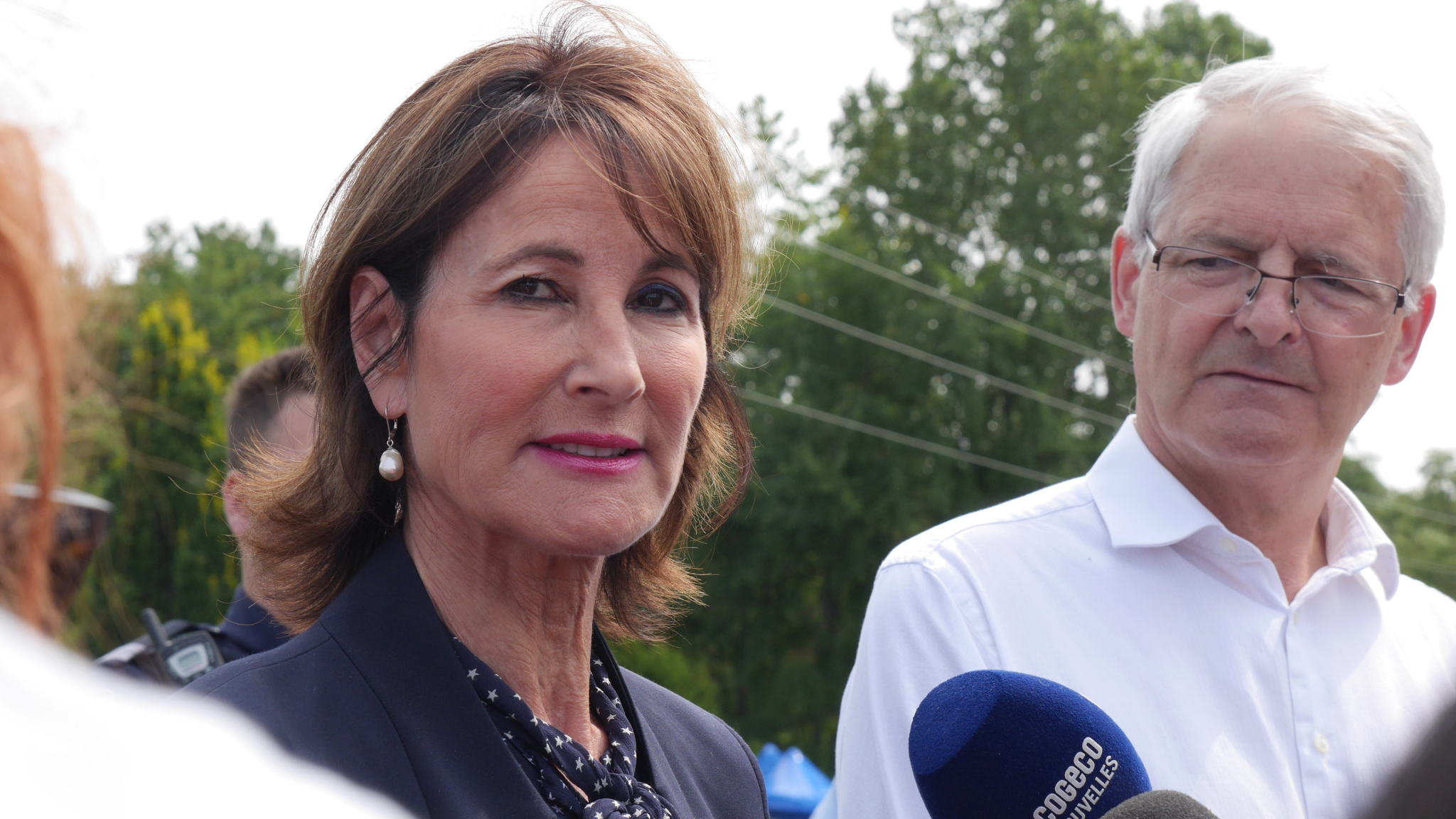 Rows of long green tents lie next to a small forest in Saint-Bernard-de-Lacolle, 70 kilometres South of Montreal. They are only a few feet away from a Canada customs office in this border town that straddles Quebec and New York State.

The sound of cheers and laughter from children echoes in the air surrounding the make-shift shelters set up by the Canadian Forces.

The people inside are part of a steady stream of over 10,000 asylum seekers who have crossed the Quebec border from President Donald Trump's America since the beginning of the year including 3,880 for August according to numbers released by the RCMP and CBSA.

Since July, this includes more than 7,000 people, according to the federal statistics.

Temporary village at the border

Speaking to reporters on Thursday at the Lacolle crossing south of Montreal near the New York state border, federal and provincial officials said that up to 250 people were continuing to cross the border every day.

Quebec Immigration Minister Kathleen Weil and Canadian Transport Minister Marc Garneau said their respective governments were putting all of their efforts into solving what they described as an "out of the ordinary" situation.

After several temporary housing centres were opened in Montreal and as camp for 1,200 asylum seekers is being built by the Canadian army at the border, government officials were keen to reassure the situation is “under control”.

“There’s no crisis here, it’s a situation that is out of the ordinary but which is extremely well handled,” said Garneau. “We’ve reacted in a fast and efficient manner. We cannot anticipate this sort of event and what is important is to react with efficiency.”

Nearby, a parking lot is packed with trucks bringing food, blankets and other supplies for new tents that are added to the group. Then there’s a second row of tents going up across from a hotel.

Canadian Forces personnel hope to set up more if they get permission from a nearby landowner.

There’s also a mobile clinic set up in the parking lot staffed by nurses from the Red Cross.

Local non-government organizations and the labour union representing border agents have some concerns about what they’re seeing.

Jean-Pierre Fortin, president of the Customs and Immigration Union, said he had been warning the government for the last weeks that it was facing a "crisis."

Garneau announced four new measures to address the asylum seekers including more resources at the federal Immigration Department. This would include adding 20 new immigration agents working on an extra floor in a Montreal office to treat refugee claims.

The new immigration agents will be tasked with examining if the refugee claims are receivable. This part is particularly important since, once the claim is received, asylum seekers can thereafter have access to healthcare and most importantly work permits.

Correcting misinformation in the U.S.

Quebec Minister Weil noted that her government had been requesting a series of measures to help “speed up” the process.

“We’ve been asking (the federal government) since the beginning to accelerate the process for work permits and access to minimum healthcare. (These asylum seekers) are people who are apt to work and want to work,” she commented.

Minister Garneau responded by saying that Ottawa “will do everything possible to accelerate the process while following the rules to work permits access”.

Garneau also announced the government would open a temporary housing centre in Cornwall, Ontario and mobilize Canadian consulates in the United States to counter misinformation.

“We are continuing to mobilize our consulate to make sure that those who might wish to seek asylum fully understand the rules under which we operate which is that unless you are being persecuted or fleeing terror or war, you would not qualify as a refugee and it's important to combat that disinformation that is out there,” he said.

He added the initiative was that of Canada alone and there was no partnership with the U.S. government. Diasporas and communities other than the Haitian who would think about coming to Canada are also being informed of the “rules and criteria,” he said.

Minister Weil said both Transport and Immigration ministers, Garneau and Hussen, had told them about their information strategy weeks ago.

“But I understand now that the information campaign will take a much bigger turn so this is very, very good.”

She said the task force will help them adjust as the situation evolves.

“It will help us maintain an exemplary coordination in these out of the ordinary circumstances, and I think we are succeeding at doing that,” said Minister Weil.

Some critics expressed concerns that the governments were reacting with too little, too late

“(The measures) should have been taken three weeks ago... (The federal government) should have never accepted to stay behind for so long” said Stephan Reichold from TCRI, an umbrella group for organizations offering support services to refugees. “Until now it was a decisional problem, there wasn’t any captain in the boat but apparently now, (with the task force) it could change."

Reichhold said he was surprised that the government appeared to be caught off guard and is scrambling to keep up as the situation evolves.

“The Liberals are attempting to put a band aid on a giant hole in a dam that has already burst," she said in a statement. "Creating more temporary housing in other provinces only encourages people to continue to cross the border illegally."

Fortin, from the Customs and Immigration Union, said the government appears to be improvising.

“...They didn’t believe that (numbers) were going to explode to this extent. So clearly, different agencies have lost control even though they’re trying to reassure people that at the customs at the border it’s ‘business as usual’. But the reality is that there’s so few agents that (the government)’s had to subcontract companies to provide food for asylum seekers, for security. (I’m) not sure that these security people have the level of governmental security to work here. What's happening here is fairly confidential. It should be protected."

A report this week by Global News revealed that some asylum seekers came into Canada carrying juvenile pornography material. Fortin said he had heard about it but didn’t have more details.

CBSA did not want to confirm the numbers of people who had been arrested on that charge but said only a tiny fraction of asylum seekers are sent to detention centers.

Fortin said he believed it was less than one per cent.

Pressed about the issue of safety, Minister Garneau said the process in place was very efficient.

“Canadians can be reassured we have professionals here that take care of ensuring our border is safe and we are taking enlightened decisions,” he said.

Editor's note: This article was updated at 5:45 p.m. ET on Thursday with additional information and background, and at 7:30 p.m. ET with comments from Conservative MP Michelle Rempel.