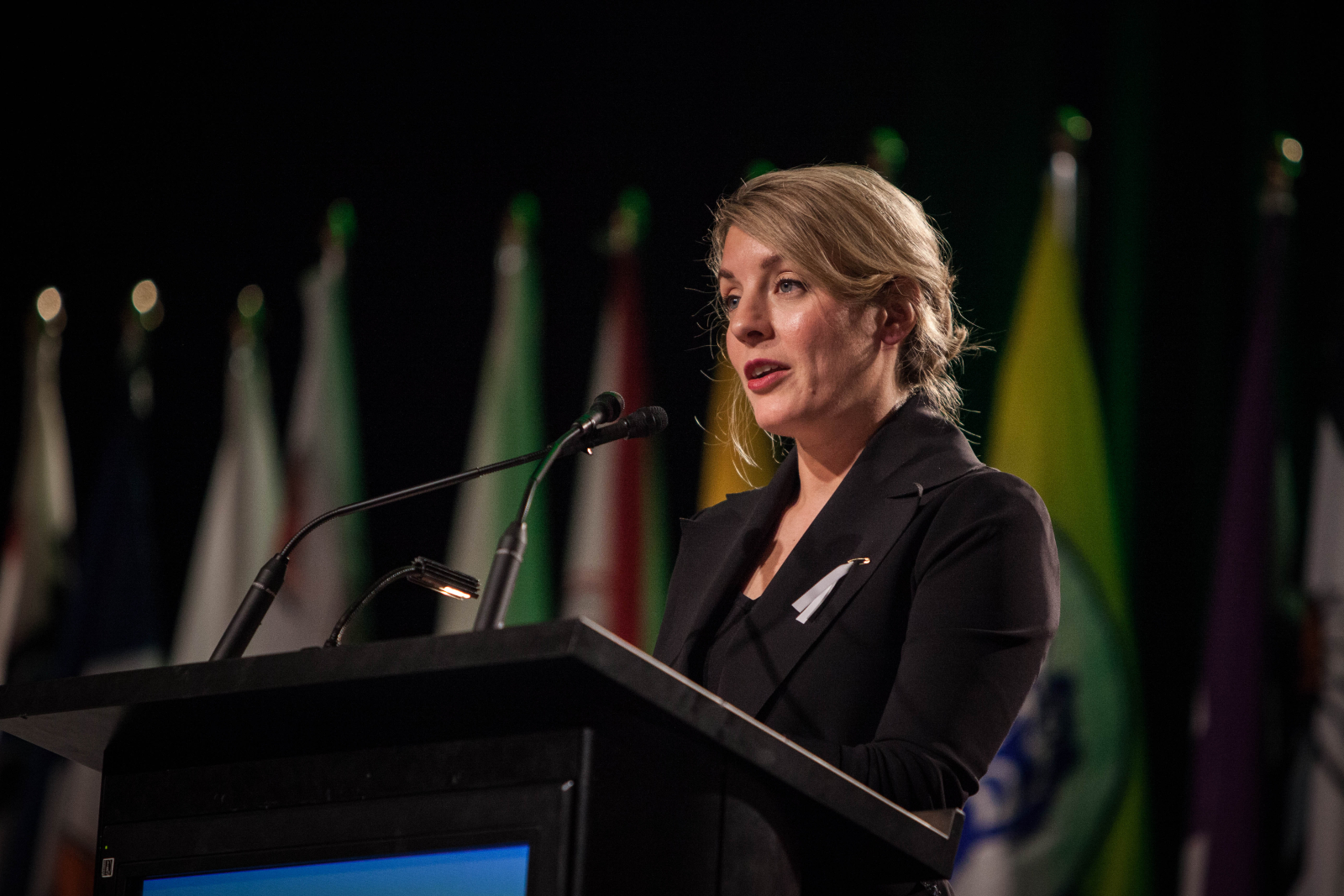 Heritage Minister Mélanie Joly's department is responsible for the Canadian Race Relations Foundations. But a spokesperson said the department could not comment on Christine Douglass-Williams' writing in particular. File photo by Alex Tétreault
Previous story

A board member with the Canadian Race Relations Foundation, an arms−length federal government agency with a mandate to combat racial discrimination, is in jeopardy of losing her post over her writings on the controversial website Jihad Watch.

Christine Douglass−Williams has been writing for the site almost since she was appointed to the foundation’s board in 2012. But multiple sources have told The Canadian Press that the government is reviewing that appointment in the wake of an essay that appeared on the site in May.

The post, entitled, "Christine Williams: My personal warning to Icelanders," was based on a visit Douglass−Williams paid to the country alongside Jihad Watch founder and U.S. academic Robert Spencer earlier this year.

In it, Douglass−Williams warns that Icelanders are being duped by seemingly moderate Muslims who deceive people into believing they are harmless, and writes that if Muslims truly had nothing to hide, they’d allow police to conduct surveillance in their mosques.

"Islamic supremacists will smile at you, invite you to their gatherings, make you feel loved and welcome, but they do it to deceive you and to overtake you, your land and your freedoms," she writes.

"They intentionally make you feel guilty for questioning their torturous deeds toward humanity — toward women, Christians, gays, Jews, apostates, infidels and anyone who dares to oppose these deeds."

With concerns about the post circulating among her fellow board members, it came to the attention of Heritage Minister Melanie Joly, whose department is responsible for the foundation.

Specifically, there are concerns that Douglass−Williams’s views are a hindrance to her work with the foundation and an affront to its legally defined mandate, which is to help eliminate racism and racial discrimination in Canada.

In a statement to The Canadian Press, Douglass−Williams said it is not racist to oppose "the jihadist−Islamist" agenda, and that her writings are entirely in keeping with the work of the board.

"Any efforts currently against me in my private work are an unjust, agenda−driven and cruel attempt to intimidate me for my distaste for all supremacist agendas," she wrote. She pointed to her recent book, "The Challenges of Modernizing Islam," as proof that she’s pro−Muslim and pro−human rights.

"My book differentiates between Islamists and human rights−respecting Muslims who thrive to live peaceably and equally among Westerners," Douglass−Williams wrote.

"They ask for no special favors and advocate for the separation of mosque and state; they condemn Islamism, and stand against human rights abuses committed in the name of their religion, sometimes at great personal risk."

Pierre−Olivier Herbert, a spokesperson for Joly, said the foundation needs a board that recognizes the importance of diversity and inclusion.

"While we cannot comment on specific cases, with respect to Governor in Council (GIC) appointees, it is expected that appointees’ conduct not be at odds with an organization’s mandate, otherwise the GIC will consider whether action should be taken," Herbert said.

The foundation was launched in 1997 as part of the settlement the federal government at the time reached with Japanese Canadians over their internment in Canada during the Second World War.

It holds workshops and roundtables across the country on combating racism, and also funds research into Canadian attitudes towards multiculturalism, immigration and other issues.

Board member and foundation spokesman Rubin Friedman said allegations that Douglass−Williams was Islamophobic had been brought to the attention of the board.

"We discussed those allegations and we looked at our mandate, and our policy, and we decided that we don’t make comment on what our part time board members do outside of our organization."

The board has no control over its membership, Friedman said, and whatever might happen next is up to the government. Douglass−Williams’s current term expires in 2018.

Spencer, who launched Jihad Watch in 2003, has expressed frustration with the view that the perpetrators of the 9/11 terrorist attacks did not represent the true peaceful nature of Islam. He believes it must be made clear that the attacks were rooted in Islam — not to demonize Muslims, but to prove there’s a problem within the religion.

Spencer has gone on to deny the existence of Islamophobia, calling it a term deployed in order to "intimidate non−Muslims away from criticizing or resisting the jihad and Islamic supremacism."

Douglass−Williams picked up on similar themes in a March 2017 post about a controversial House of Commons motion that called "on the government of Canada to condemn Islamophobia in Canada and all forms of systemic racism and religious discrimination."

Douglass−Williams accused the Liberal MP who sponsored the motion of being part of a broader plot when she insisted on including the word Islamophobia in the text, as opposed to other suggested phrases like "anti−Muslim bigotry."

In a statement, the National Council of Canadian Muslims said anyone with such views has no place on the foundation’s board.

"For a federal appointee to be writing for hateful websites, denying the existence of Islamophobia and calling for the violation of fundamental rights and freedoms of a minority community is contrary to everything the Canada Race Relations Foundation stands for and to the values enshrined in the charter," Amira Elghawaby said in a statement.

"We are confident that the federal government will take appropriate action with respect to this matter."