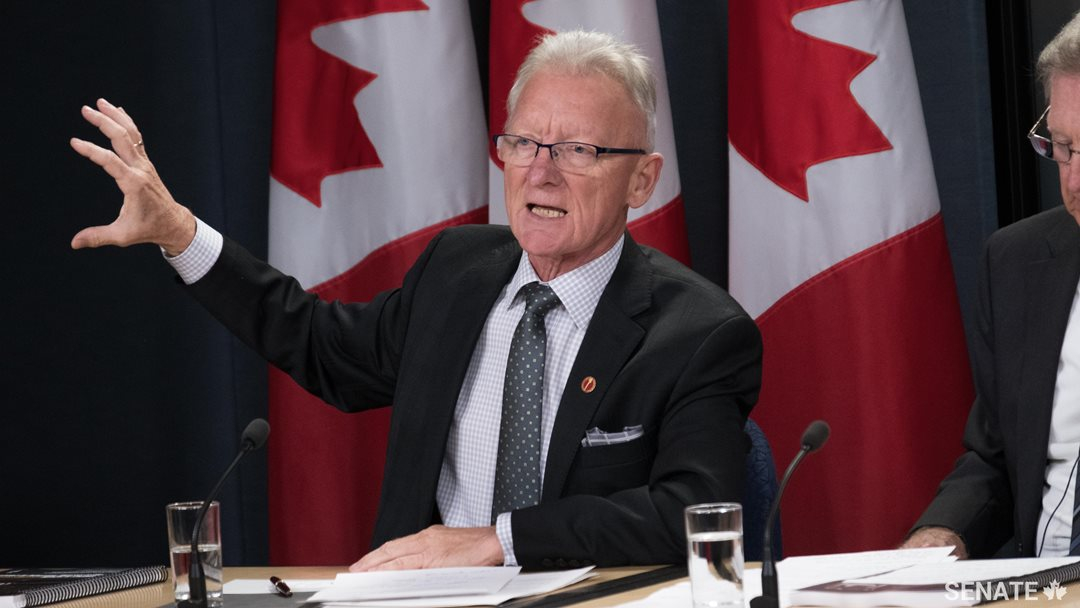 A Conservative senator from Quebec is calling on one of his caucus-mates to explain his recent activity on anti-immigrant Facebook groups.

​"All Parliamentarians have to be very careful with whatever choices they make vis-à-vis groups they want to affiliate themselves with, be it groups on social media or otherwise. And I think it's important that they make the choices that reflect the values that they believe in," Senator Leo Housakos told National Observer on Wednesday.

The reports about Boisvenu's Facebook activity coincided with Conservative Leader Andrew Scheer's attempts to distance himself from a far-right website, Rebel Media. The website published sympathetic coverage of racially-motivated extremists who participated in protests that turned deadly this month in Charlottesville, Virginia.

"I'm not subscribed to any group that's opposed to immigration," Boisvenu told the Montreal newspaper in an article published on Aug. 16.

A few days later, he defended his activity on the other two Facebook groups, telling La Presse Canadienne on Aug. 18 that he was following them "out of curiosity" and "to see what was being said." The news service also reported, in the same article, that Boisvenu had posted messages on Facebook complaining that he was the victim of a "witch hunt" and that the media and government were working together to "shut us up."

Then on Monday, La Presse Canadienne reported that Boisvenu had unsubscribed from those two Facebook groups.

Housakos said that Boisvenu's behaviour could harm the Conservative party.

"In the case of Mr. Boisvenu, it seems that he's decided to endorse certain organizations that are blatantly racist, and unfortunately that doesn't represent at all who we are in the Conservative caucus," Housakos said.

"What I think he should do is be more careful. I have not heard his explanation at this particular time and he certainly would have to explain himself because when you're a member of a caucus and you decide to endorse other groups, you have to be cognitive of the fact that choices we make as Conservative senators will have a bad impact on all our colleagues.

"I know that the Conservative caucus doesn't endorse organizations that are Islamophobic, that are racist, and that are ethnocentric. That's not who we are."

Housakos said Wednesday he was sure the Facebook activities would be discussed among caucus members during the Conservative Party's national convention in Winnipeg next month, if not sooner.

"Hopefully he will clarify this before it even gets to caucus," Housakos said. "It's blatantly unacceptable, an organization (like La Meute) which has made public declarations against Canadians based on their religious beliefs is not representative of Conservatives."

Housakos, a former Speaker of the Senate, is also the child of Greek immigrants who came to Canada in the 1950s

Housakos left it to the leader of the Conservative party in the Senate to determine whether Boisvenu ought to be removed from the caucus, and said he had not discussed it with him.

"First and foremost I will hear what (Boisvenu's) explanation is, and I think if his explanation is justifiable ... then of course the leader of the caucus will make that determination, it won't be made by me," Housakos said.

Senator Larry Smith, who leads the Conservative caucus in the Senate, did not return National Observer's calls this week, and the office of Conservative Party leader Andrew Scheer did not respond to a request for comment on the matter.

Boisvenu also did not respond to an interview request.

Boisvenu, Smith, and Housakos were all chosen to be appointed to the Senate by former Prime Minister Stephen Harper; Boisvenu and Smith were appointed in 2010 and Housakos in 2008. All three represent Quebec in the Senate.

Ontario senator Salma Ataullahjan was also appointed by Harper and is the first Canadian senator of Pakistani origin. She declined to comment on Boisvenu's Facebook activities, but in an e-mailed statement to National Observer, said, "I will, however, say that I denounce such groups and what they represent in the strongest of terms."

The office of Peter Harder, who represents the government in the Senate, also declined comment and suggested questions be directed to the Conservative caucus leader.

— With files from Mike De Souza

Alberta Tories try to distance themselves from Rebel Media

The Conservatives are successfully digging their own federal and provincial graves, carefully selected shovelful, by shovelful, all on their own. Don't stop them now. They've got their own rope too.