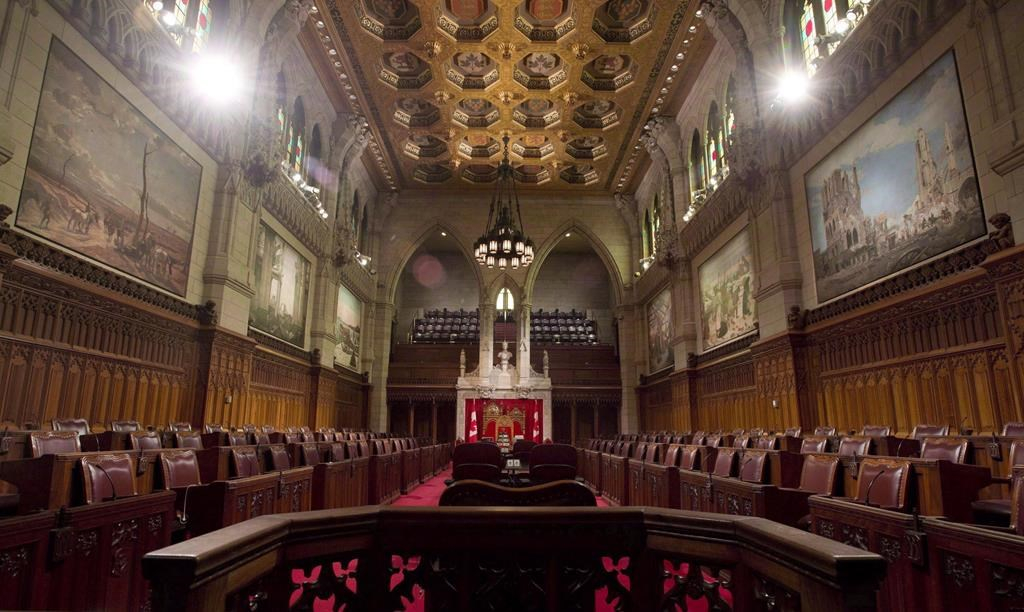 The Senate chamber sits empty on September 12, 2014 in Ottawa. The Senate is asking the Federal Court to protect the release of documents in a labour dispute where one of its top officials is facing racism allegations. File photo by The Canadian Press
Previous story
Next story

The Senate is asking the Federal Court to protect the release of documents in a labour dispute where one of its top officials is facing racism allegations.

The allegations come from Darshan Singh, who was fired as the Senate's director of human resources in early December, days after he filed a complaint of racial discrimination against his boss.

Singh was the first executive of colour in the Senate's history and served in his job for two-and-a-half years before his firing, which senators were told was for insubordination.

A grievance panel reviewing Singh's case ordered the Senate earlier this month to hand over minutes and attendance records from closed-door meetings and a review of Singh's department, all of which Singh and his lawyer argue will prove his discrimination allegations.

The due date to hand over the documents is Friday.

The Senate's request to the court, filed Wednesday, argues the upper chamber will suffer irreparable harm if it surrenders documents subject to parliamentary privilege.

Singh started working at the Senate in October 2013 and had been overseeing the Senate's bid to attract a more diverse workforce.

But changes in the upper echelon of the Senate's non-partisan administration shortly thereafter led to Singh being excluded from staffing decisions in which he was supposed to be involved.

Singh asked the Senate to release the attendance records because he argues they will show he was, as the only visible minority director, regularly excluded from meetings attended by his white colleagues.

His lawyer, Paul Champ, said the departmental review, ordered after Singh's firing, would also support arguments before the labour board that he was fired for his discrimination complaint and not because he had been doing a bad job.

Champ said heading to court in the middle of a labour board hearing is "rare and exceptional" in his experience. He said it is part of the Senate's "scorched earth approach in this case."

"This kind of strategy sends a terrible message to other visible minority employees in the Senate: don't speak up or we will crush you," Champ said.

Mike Duffy is suing the Senate. Here's what he has to say