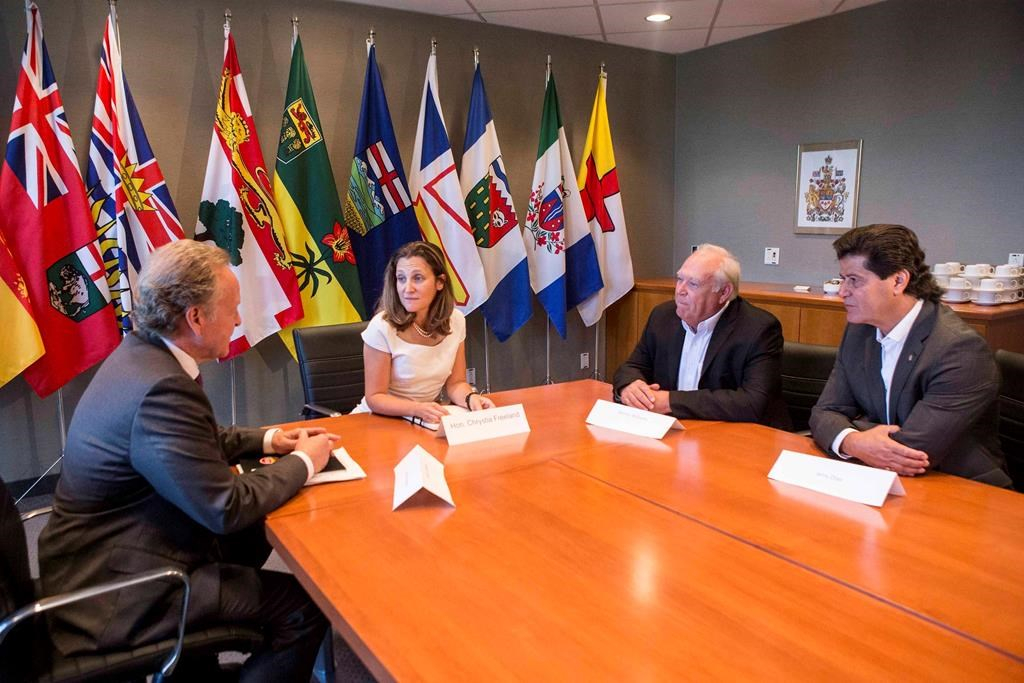 Chrystia Freeland, second left, sits with Steve Verheul, left, Jerry Dias, right, and Dennis Williams in Toronto on Aug. 25, 2017, ahead of discussions over the preparation for the upcoming round of NAFTA renegotiations. Photo by The Canadian Press
Previous story
Next story

Foreign Affairs Minister Chrystia Freeland is again meeting with key players in the auto industry as the first round of critical NAFTA renegotiations continue.

Ahead of their closed-door meeting, Freeland reiterated that Canada wants renegotiations to touch on labour provisions, the environment and gender.

Dias said a sticking point is low auto worker wages and standards of living in Mexico.

Their talk comes just days after U.S. President Donald Trump told a campaign-style rally in Arizona that the country will pull out of NAFTA "at some point."

U.S. Trade Representative Robert Lighthizer opened discussions by pointing to the manufacturing sector as a reason why Americans view NAFTA as a failure.

He discussed the auto sector in the greatest detail, saying that thousands of American workers have lost their jobs.