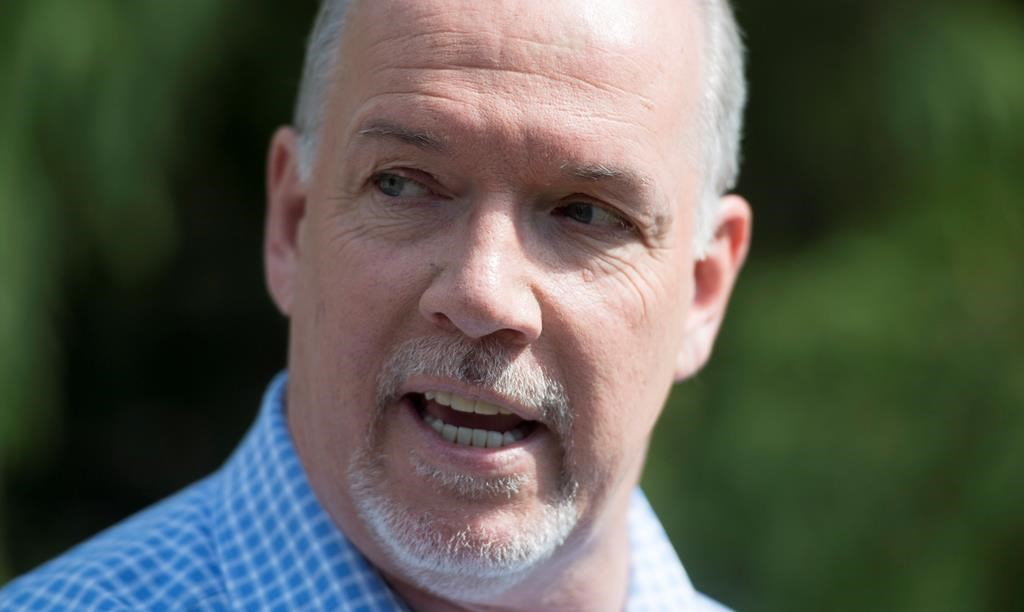 B.C. Premier John Horgan reassured residents in the Interior that financial assistance is part of the rebuilding process. File photo by The Canadian Press
Previous story

British Columbia's premier spent Monday touring some communities affected by this year's unprecedented wildfire season, promising financial assistance but cautioning it will take more than cheques to help with the recovery.

John Horgan said it will take years for ranchers, tourism operators and communities to recover from the wildfires as he reassured residents that financial assistance is part of the rebuilding process.

"That always is the place you start. You want to make sure the resources are there, the dollars are there to make a difference," Horgan said in Kamloops.

Horgan travelled to several communities in the Interior with Forests Minister Doug Donaldson, looking for first-hand information from firefighters and residents.

Horgan's itinerary included meetings with Cache Creek Mayor John Ranta and members of First Nations in the Ashcroft area to discuss specific needs and plans, as well as a visit to Kelowna, where a wildfire that broke out Thursday kept about 380 residents away from 160 properties closest to the flames.

The fire started about 25 kilometres east of Kelowna and had charred just under five square kilometres of bush and trees on Monday.

Kevin Skrepnek with the BC Wildfire Service said 138 wildfires were burning across the province Monday, adding to the season's total of 1,127 fires since April 1.

Just over 10,600 square kilometres of timber, brush and grassland have been destroyed across the province this year, which Skrepnek said is the largest area to burn in a fire season in the province's recorded history. The province has spent more than $404 million fighting wildfires.

Based on a forecast of persistent hot and dry weather across southern B.C., the fire season could stretch into the fall, he said.

"Even if we get a good amount of rain over the southern part of the province, there's still going to be a tremendous amount of work to do getting these fires mopped up and extinguished," Skrepnek said.

Some departments are moving toward the recovery phase of the fire season.

Chris Duffy with Emergency Management BC said plans are in the works for a program to help communities rebuild including help for farmers, ranchers and small businesses.

About 2,000 people remain displaced and another 11,000 were on evacuation alert to leave their homes quickly if necessary, Duffy said.

Despite the length and intensity of the fire season, Skrepnek said there haven't been any fatalities or serious injuries.

"Given how volatile, given how dire it has been at times, I think the wildfire service, everyone else involved and particularly the public has shown quite a bit of resilience," he said.