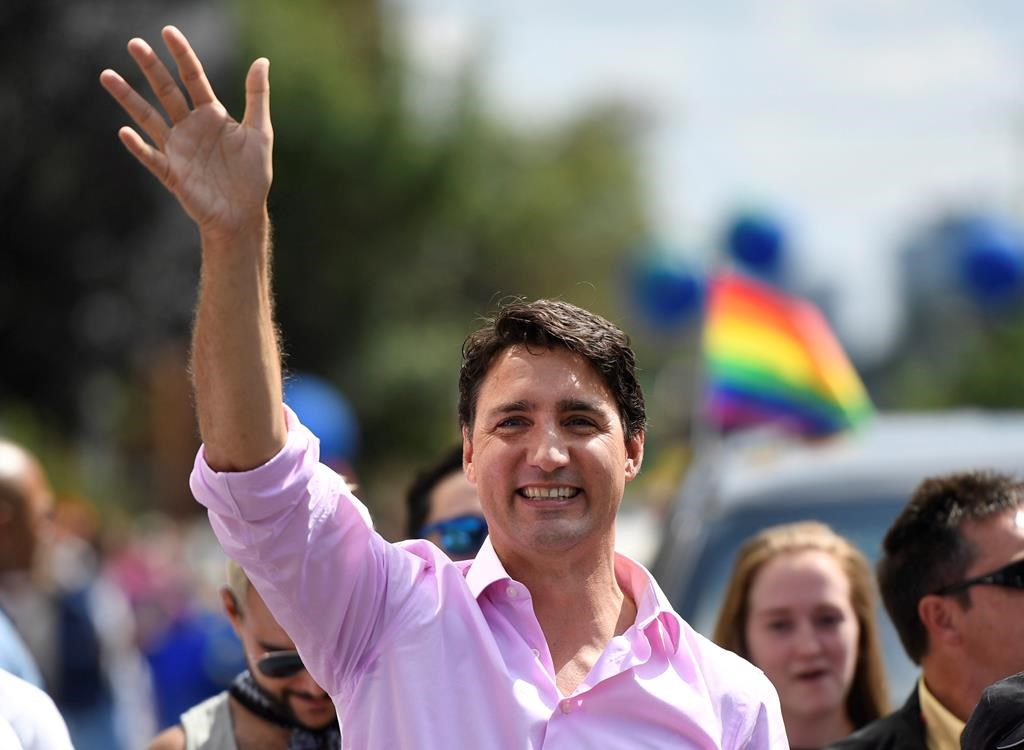 But Gen. Jonathan Vance, the chief of defence staff, had no word for those awaiting an apology over being forced from the Canadian military for being gay or lesbian in past decades.

"It's a wider government of Canada decision, not an Armed Forces decision," he said following the parade.

Justin Trudeau's government has signalled its intention to apologize to former military members as part of its efforts to make amends to those who endured federal discrimination due to their sexual orientation or gender identity.

The policies had their roots in government efforts that began as early as the 1940s to delve into the personal lives of employees who were considered security risks.

The Defence Department said last spring that a painstaking review of personnel files in the national archives may be needed to determine how many people were forced out. Military restrictions on gays were lifted in 1992.

Vance, the first defence chief to take part in a Pride parade, said Sunday his participation was a chance to encourage young Canadians to consider a career in the Armed Forces, no matter what community they come from.

Trudeau said Vance's presence emphasizes that Canada is "open to diversity, and we know that it's one of our strengths, whether it be in the military or everywhere else."

Calgary Pride: Police can participate in parade, but not in uniform