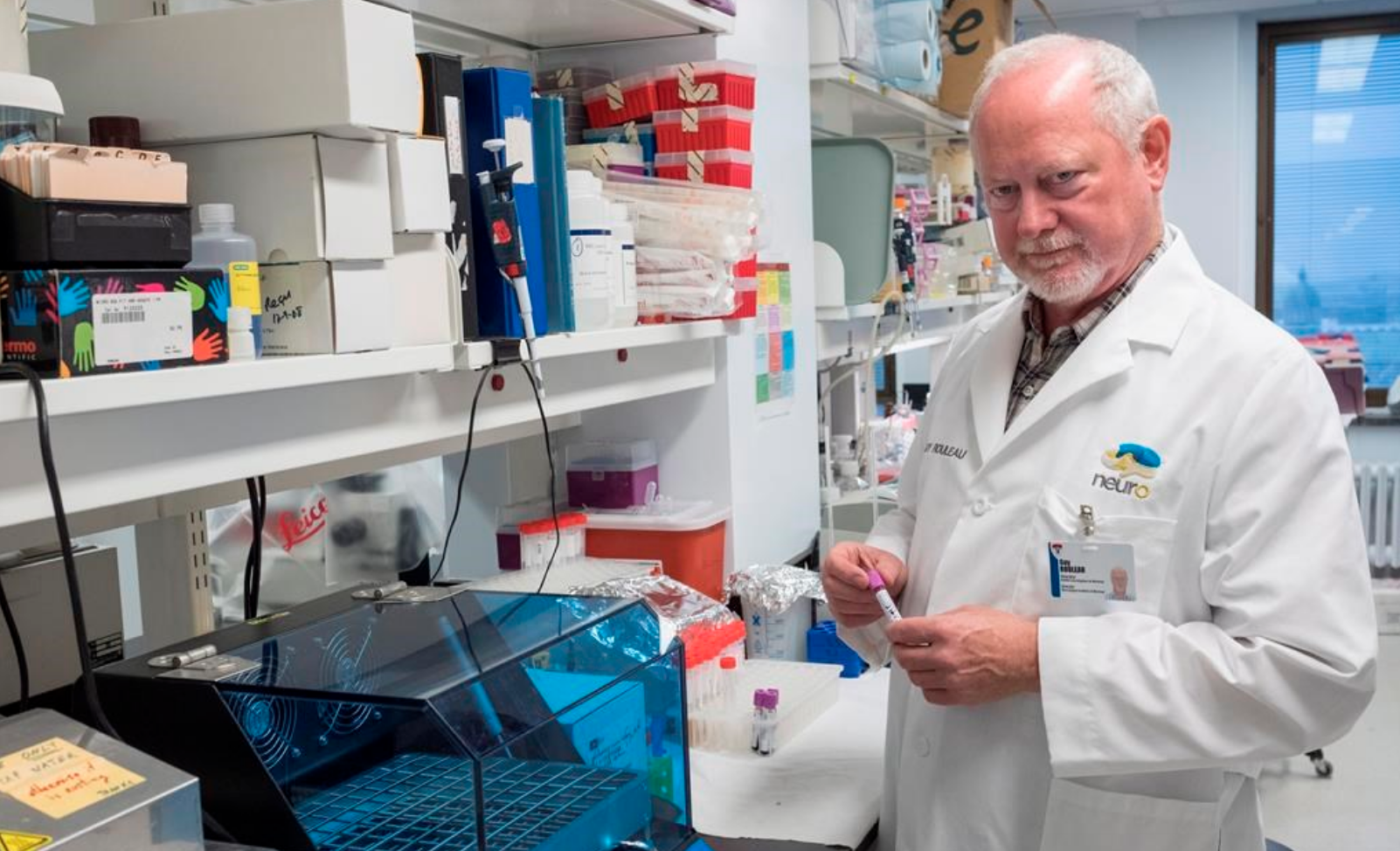 Guy Rouleau, director of McGill's Neurological Institute, is seen in a laboratory, Tues. Aug. 22, 2017 in Montreal. Photo by The Canadian Press/Paul Chiasson
Previous story
Next story

Montreal’s world−famous brain research centre is in the middle of conducting an experiment on what could be its most ambitious subject: itself.

Since 2016, McGill University’s Montreal Neurological Institute and Hospital has been transforming into what is touted as the first research centre of its kind in the world dedicated to the principles of open science.

Along with the city’s artificial intelligence community, the Neuro is helping to make Montreal a world leader in the international push toward democratizing scientific research.

"To say you’re the first is pretty ambitious, but for all the evidence we have, we are the first," Guy Rouleau, director of the Neuro, said in an interview.

Open science is broadly understood as a movement to make scientific research and data open and accessible to researchers around the world. Most research is currently published in commercial journals and behind expensive paywalls, costing universities tens of millions of dollars a year to access.

It is currently building what it hopes will become the world’s largest library of brain imaging, clinical, demographic, genetic and cellular data, as well as biological samples from patients with neurological disorders.

The Neuro is also creating what it calls an open drug discovery platform, which will run tests on nerve cells from sick patients in order to explain how neurological diseases manifest and to help develop cures.

Thirdly, the centre is building an informatics system in order to share its large−scale research data. All three planks of the project are to be open and accessible to researchers anywhere on the planet.

The Neuro, however, is still allowing its researchers to publish in expensive — and exclusive — commercial journals, a practice that reflects part of the academic culture that is slow to change.

Academics are still largely valued by how often and where they publish. Their salaries and research budgets, however, are often paid for by tax dollars or with foundation money, but they are expected to work for free for commercial journals by reviewing articles.

Their research papers are then sold back to universities with the profits going to the corporate publishing houses.

"Scientists will want to publish in a prestigious journal even though they know its bad for the community, because they think it’s good for their reputation," said Yoshua Bengio, one of the best−known artificial intelligence researchers in the country.

Bengio, Canada Research Chair in Statistical Learning Algorithms at Universite de Montreal, is on a personal crusade against commercial publishers of scientific journals and shames them publicly.

He was recently asked to peer review an article to appear in a journal owned by one of the biggest scientific publishers in the world. Instead, he took to Facebook to denounce the company, calling its behaviour "parasitic" and urging his colleagues to boycott it.

Bengio wrote in a separate post that academics should "feel shameful" when they accept positions at commercial scientific journals.

Bengio helped create the Journal of Machine Learning Research, one of the main publications in the artificial intelligence field.

Academics who submit papers to the journal must sign an agreement making their work open to the public, while authors retain the rights to their work. Bengio says academics in all disciplines will eventually move toward an open−publishing model.

"It’s only a matter of time," he said. "It’s only continuing because of inertia."

Jenn Riley, associate dean for digital services at McGill University, says the current model is "unsustainable." Reform, she says, starts with individual academic disciplines — as in artificial intelligence — which need to take collective decisions to devalue publishing in for−profit and closed journals.

Rouleau said the Neuro’s project is still in the building phase and it’s too early to measure its impact.

But he and the project are getting attention from governments around the world as well as the Bill and Melinda Gates Foundation and the Chan Zuckerberg Initiative, a philanthropic organization started by one of Facebook’s creators.

The Neuro has secured $45 million for its three−pronged mission and Rouleau said it needs another $45 million over the next seven years.

"We’ve come to the realization of the scale and task — which is larger than we had anticipated," he said.

Nonetheless, the experiment is continuing, and Rouleau maintains it is the first of its kind.

"We’re like a test tube," he said. We’re doing this in a way where the impact will be measurable. And we could map the way to do this for the rest of the world."