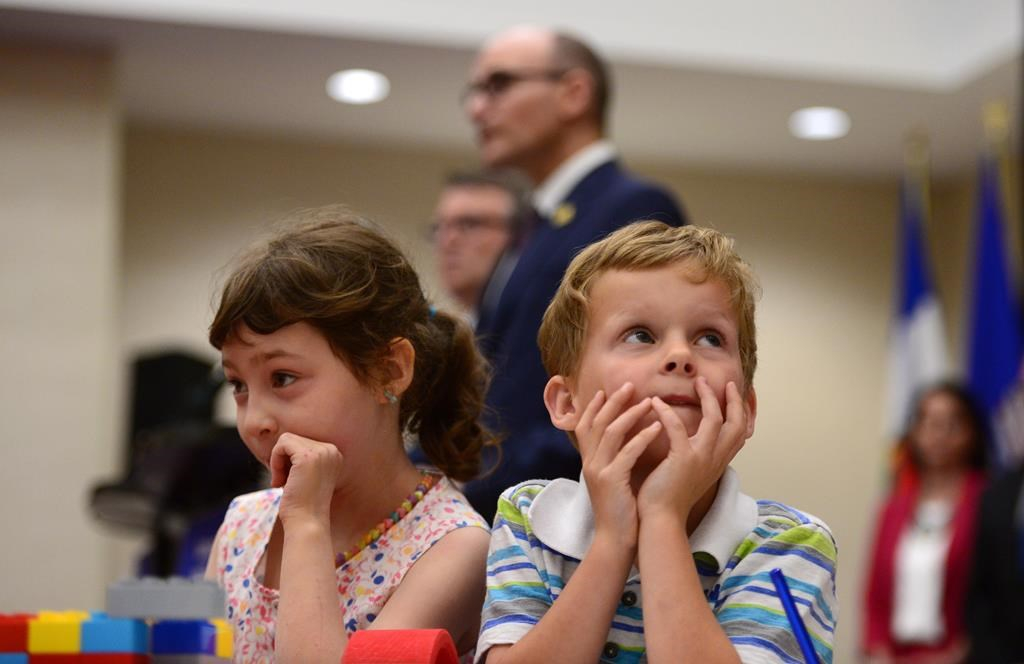 After signing a funding deal Tuesday with P.E.I., Social Development Minister Jean-Yves Duclos — the federal minister in charge of the file — will be in New Brunswick on Wednesday to finalize a second deal, the third since negotiations began earlier this year.

The decision to sign deals comes just over a year after the premiers of New Brunswick, Newfoundland and Labrador, Nova Scotia and P.E.I. asked Prime Minister Justin Trudeau to for extra child care cash to cover the higher costs of rural populations.

The letter to Trudeau was the second effort by the four provinces to secure extra money to address challenges in their region with accessibility to regulated child care — a key Liberal requirement to access funding.

Federal officials reviewing the request told Duclos in October 2016 that the four provinces provided no evidence that they have higher costs compared to other provinces and territories. A briefing note at the time suggested the existing federal offer would be more than enough to cover each province's costs.

The Canadian Press obtained copies of the letters and briefing note under the Access to Information Act.

The federal government is offering each province a base of $2 million in annual funding, topped off with extra cash calculated on a per-capita basis. That means roughly $3.5 million a year for P.E.I., and about $145 million annually for Ontario, the first province to sign on.

"Over the last couple weeks, we have worked with provinces and territories to ensure available funding goes to the programs they feel are the most important," said Duclos spokeswoman Emilie Gauduchon-Campbell.

P.E.I. plans to spend its money on creating more spaces for children whose parents work seasonally or non-standard hours, as well as Acadian and French speaking communities, and provide professional development courses for early childhood educators.

A spokeswoman for Doug Currie, P.E.I.'s child care minister, said the province was pleased with the funding in its agreement, believing it would address the concerns raised in the letters.

A spokeswoman for Nova Scotia's education department said the province believes federal cash will be instrumental in helping it support its child care goals.

Newfoundland and Labrador's ministry did not respond to a request for comment.

The federal government plans to spend $1.2 billion on child care over the next three years under the three-year funding agreements it is seeking with provinces.

The money is part of the $7.5 billion the Liberals promised to spend on child care over 11 years, beginning with $500 million this year and increasing to $870 million annually by 2026 in order to fund spaces — or improvements — in provinces and territories.

That also includes funding for Indigenous child care both on and off-reserve.