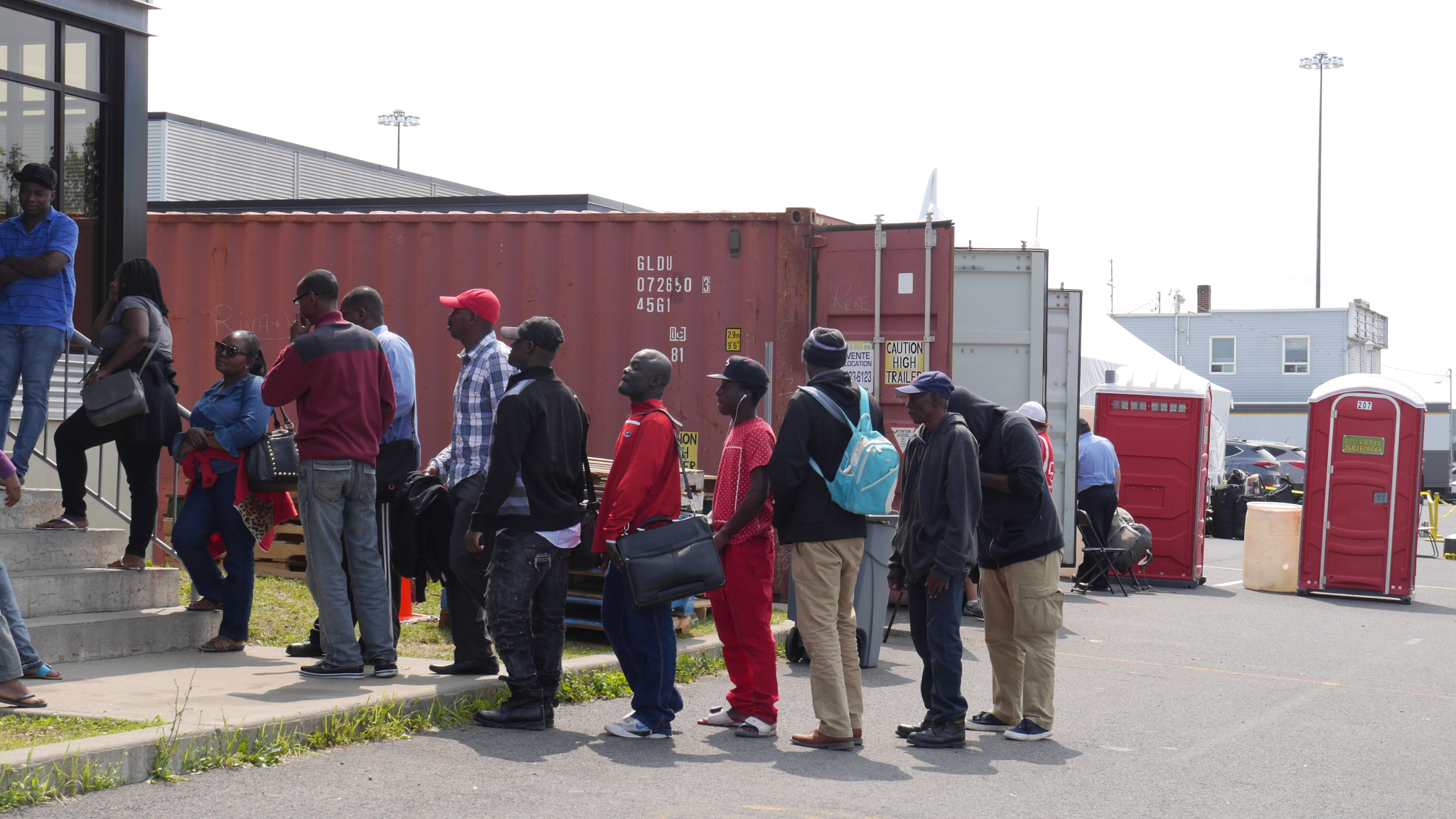 A wave of asylum seekers line up for processing at the Lacolle border, south of Montreal, Quebec on Aug. 17, 2017. File photo by Clothilde Goujard
Previous story
Next story

Long line-ups and tent cities in Canada made up of asylum seekers from the U.S. are sparking some ugly political tensions in Quebec.

Jean-François Lisée, the leader of the sovereignist Parti Québécois opposition party, said on Monday that Quebec did not have to pay for the "guests" of Prime Minister Justin Trudeau.

“For the past days, we’ve been trying to know how much the federal compensation will be for Justin Trudeau’s guests… For me, it’s the federal government that should pay for this,” he said.

Lisée made his comments with the PQ slumping in public opinion polls, in third place behind the ruling Quebec Liberals and the Coalition Avenir Québec. The CAQ currently has the third largest number of seats in Quebec's National Assembly, behind the Liberals and the PQ.

But speaking on Wednesday, Lisée denied that his comments were politically motivated.

“I have always been authentic, I never liked doublesspeak and sometimes that surprises people. People should always expect frank talk from me," Lisée said outside a PQ caucus in Saint-Eustache, Québec, The Montreal Gazette reported.

“I am authentic. I think it. I say it. The refugees, asylum seekers, are victims, victims of Justin Trudeau’s invitation."

Since July, more than 7,000 asylum seekers have crossed the border illegally to flee the U.S. Quebec has had to open several extra temporary housing centres to welcome this unexpected wave of migrants. Canadian Forces personnel have also been on the ground erecting tents near the Lacolle border crossing, south of Montreal, to provide temporary shelter for the new arrivals.

Ottawa set up an intergovernmental task force two weeks ago to improve coordination between different levels of government. The federal government has also announced more resources to deal with asylum seekers' claims.

On Wednesday, thousands of asylum seekers started receiving cheques for social aid. They will get the same amount given to people eligible for social assistance: $628 per month for a single person and $1189 for a family of two adults and two children.

Some Quebec politicians like Lisée have warned this is putting extra financial pressure on the provincial government.

At a news conference on Monday, the PQ leader blamed Trudeau for provoking a crisis as a “result of his irresponsible declarations."

“He sent them a ‘tweet’ saying to all the persecuted of the world: ‘welcome to Canada’,” Lisée said.

Lisée added that if he were Quebec’s premier, he would ask Ottawa to pay for the extra expenses.

He added “everyone is working together with their responsibilities and their tools.”

With a provincial election expected in the next year, spokespeople from Québec Solidaire and Option Nationale, two sovereignist parties, blamed Lisée for weakening the Quebec independence movement in an op-ed published in the Montreal newspaper Le Devoir on Tuesday.

“These repeated comments betray the strategy of the PQ leader: to stigmatize asylum seekers to win votes. While doing so, Mr. Lisée is not only fueling intolerance and weakening living together, he’s (also) driving away tens of thousands of new Quebecers from the independence project,” wrote Gabriel Nadeau-Dubois, Manon Massé and Sol Zanetti.

Quebec politicians are not the only ones looking at how the issue of asylum seekers might play out in the next election.

Trudeau's government is also reportedly getting nervous about the political ramifications of a surge of migrants to Canada, particularly in Quebec where his federal Liberals hope to make gains in the 2019 election to offset expected losses in other provinces such as British Columbia. Quoting unnamed sources, Reuters reported on Aug. 23 that the Trudeau government was concerned about a huge increase of migrants from Central America, Honduras, El Salvador and Nicaragua, who are slated to lose special protected status in the U.S. in early 2018.