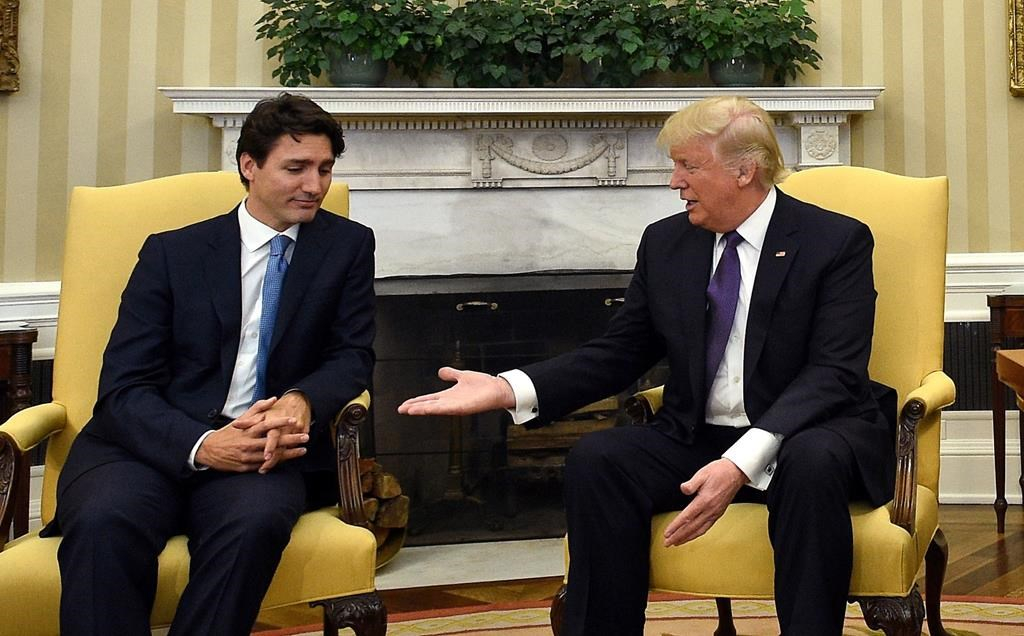 President Donald Trump and Prime Minister Justin Trudeau told each other in a phone call on Thursday that they hoped to conclude NAFTA talks within months, the White House said in a statement.

"The two leaders also discussed the ongoing NAFTA renegotiation and stressed their hope to reach an agreement by the end of this year," said the White House's statement.

The Canadians government and the White House also confirmed that Trump and Trudeau discussed the catastrophic flooding to strike Texas and Louisiana after Hurricane Harvey.

"The prime minister offered his condolences to all those affected by Hurricane Harvey," said Trudeau's office in a statement. "The Prime Minister also offered Canadian assistance to support the response and recovery efforts."

The White House said Trump thanked Trudeau for the call and his offer of assistance.

The latest exchange comes only days after Trump publicly complained on Twitter that Canada was being "difficult" in the negotiations and that he might have to terminate the trade agreement that also includes Mexico.

Meantime, two former provincial premiers and the head of a national Indigenous organization are among a blue-chip panel tasked to advise the Trudeau government on integrating the environment into ongoing NAFTA negotiations, Environment and Climate Change Minister Catherine McKenna said on Thursday.

“We understand that there’s a huge opportunity, working with Mexico and the United States to make sure that we protect our environment, tackle climate change and make us more competitive, because we believe that having a strong environment is a competitive advantage and that water and air know no boundaries," McKenna said. "So we clearly need to be working together."

The federal minister made the comments after speaking to a classroom at Pierre Elliott Trudeau elementary school in Gatineau, Quebec, where she showed them a new federal website that explains climate change for kids and made a "pinky promise" to protect the environment.

Critics from conservation groups have urged the NAFTA countries to improve environmental standards and integrate them more fully in the deal to ensure that no one is shirking their responsibilities or getting an unfair advantage. Some groups, such as the Council of Canadians, have also criticized NAFTA over provisions that allow companies to sue governments for imposing stringent environmental standards.

Several groups have also expressed concerns about Trump's recent moves to reduce funding for monitoring water and air pollution as well as a recent decision to loosen federal standards for infrastructure projects.

Canada will also be hosting two upcoming international meetings this September in Montreal. Next week, scientists from around the world will gather for an Intergovernmental Panel on Climate Change conference to lay the groundwork for their next comprehensive assessment of the latest scientific research.

Later in the month, on Sept. 15 and 16, McKenna said Canada would host representatives from China and the European Union for a ministerial meeting on tackling climate change.

"This is a really important discussion," McKenna said. "We're seeing extreme weather events across the globe and it's really important that we're all working together to implement the Paris Agreement, to be ambitious on climate action because we know that it's not only going to protect our planet, but it's also going to create good jobs and economic opportunity and we all know that we need to be working together."