Trudeau targets Tories in gender equality remarks, saying they don't get it 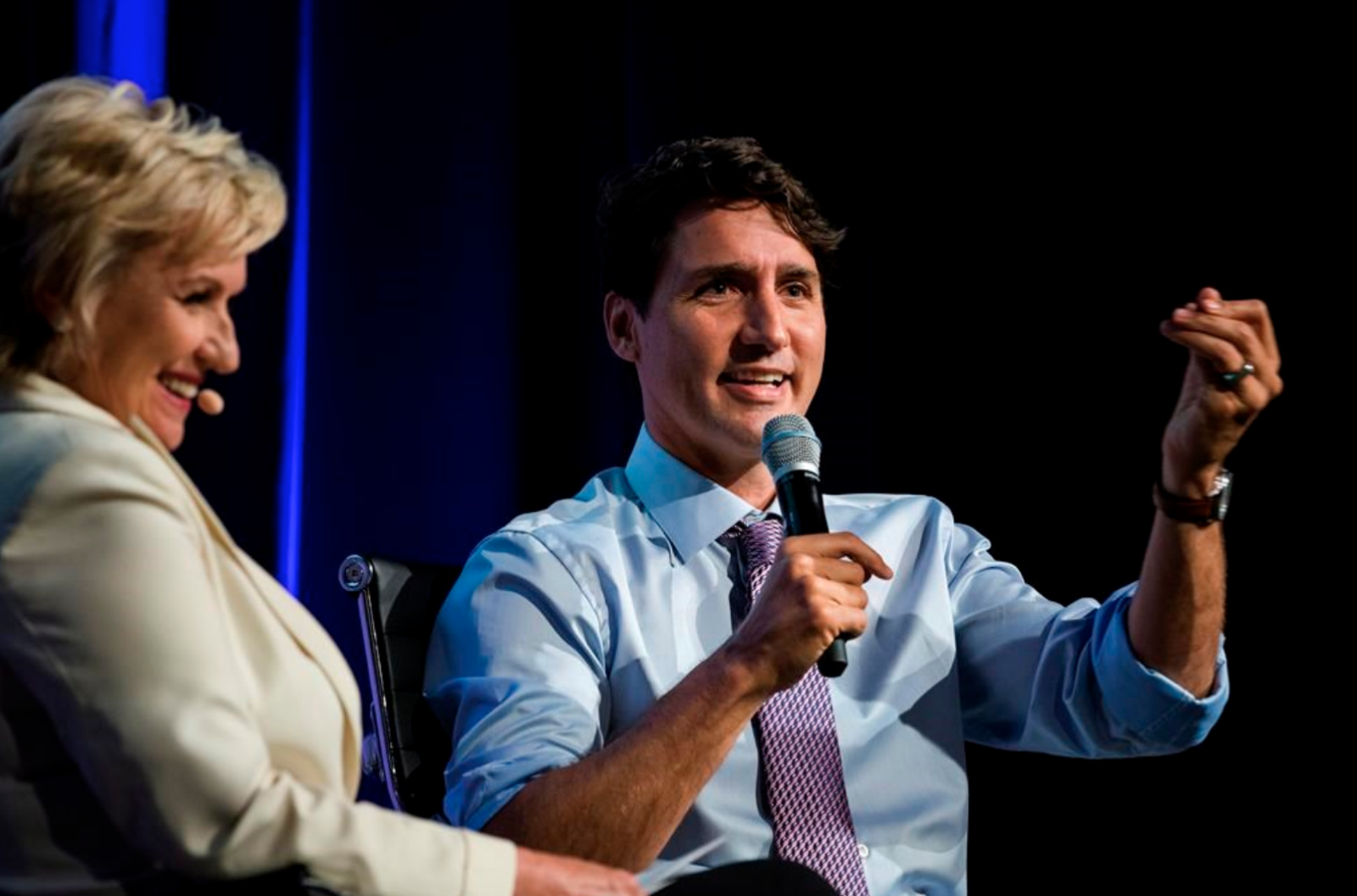 Prime Minister Justin Trudeau tells an audience at the Women in the World Summit in Toronto that the Tories don't understand his approach to gender equality in NAFTA renegotiations, Mon. Sept. 11, 2017. Photo by The Canadian Press
Previous story

The strongest opposition to including issues such as gender equality in discussions over the North American Free Trade Agreement has come not from the United States but from within Canada, Prime Minister Justin Trudeau said Monday.

Speaking during a question and answer session at the first Toronto edition of the Women in the World conference, the prime minister said his government has faced hurdles in adding a gender chapter to NAFTA as it did in a free trade deal with Chile.

"To see that there is a supposedly responsible political party out there that still doesn’t get that gender equality is a fundamental economic issue as well as many other things, that environmental responsibility is fundamentally an economic issue highlights that we do have a lot of work still to do in Canada."

Trudeau has positioned himself as a champion of gender equality since taking office, when he explained his decision to appoint a half−female cabinet with the headline−grabbing quip, "because it’s 2015."

But he told the conference Monday that despite his government’s efforts to bolster the ranks of women in politics, retention has proven a challenge, in large part due to the vitriol aimed at female politicians.

He pointed to the case of Iqra Khalid, a Toronto−area Liberal MP who introduced a private member’s motion condemning Islamophobia and "ended up experiencing death threats and a level of online violence and commentary and viral videos against her that were quite terrifying."

Khalid went through a "very difficult time" and questioned whether she wanted to keep her seat, he said.

Trudeau said it is his goal to tackle the "hidden attitudes" that lead to inequity but stressed the matter won’t be resolved during his tenure — rather, it will take generations.

The Liberal government recently tabled a federal budget that promised to consider the way programs and policies impact different genders in different ways.

But the government is also facing criticism over the troubled national inquiry into missing and murdered Indigenous women and girls, with some families calling for a complete reboot of the process.

When asked about the controversy during Monday’s talk, Trudeau admitted there were some difficulties but said the process was "on the right track."

I find it very difficult to

I find it very difficult to not see this gender issue focus as nothing other than a diversion and a stalling tactic. For sure there are other parts of NAFTA that need deleting, as in the case of the investor-state problem that is Chapter 11, as well as the many other corporate power-grabbing parts of NAFTA. Canada doesn't need such so-called "free trade" deals in order to do business in the world!