By The Canadian Press | News, Entertainment, US News | September 13th 2017 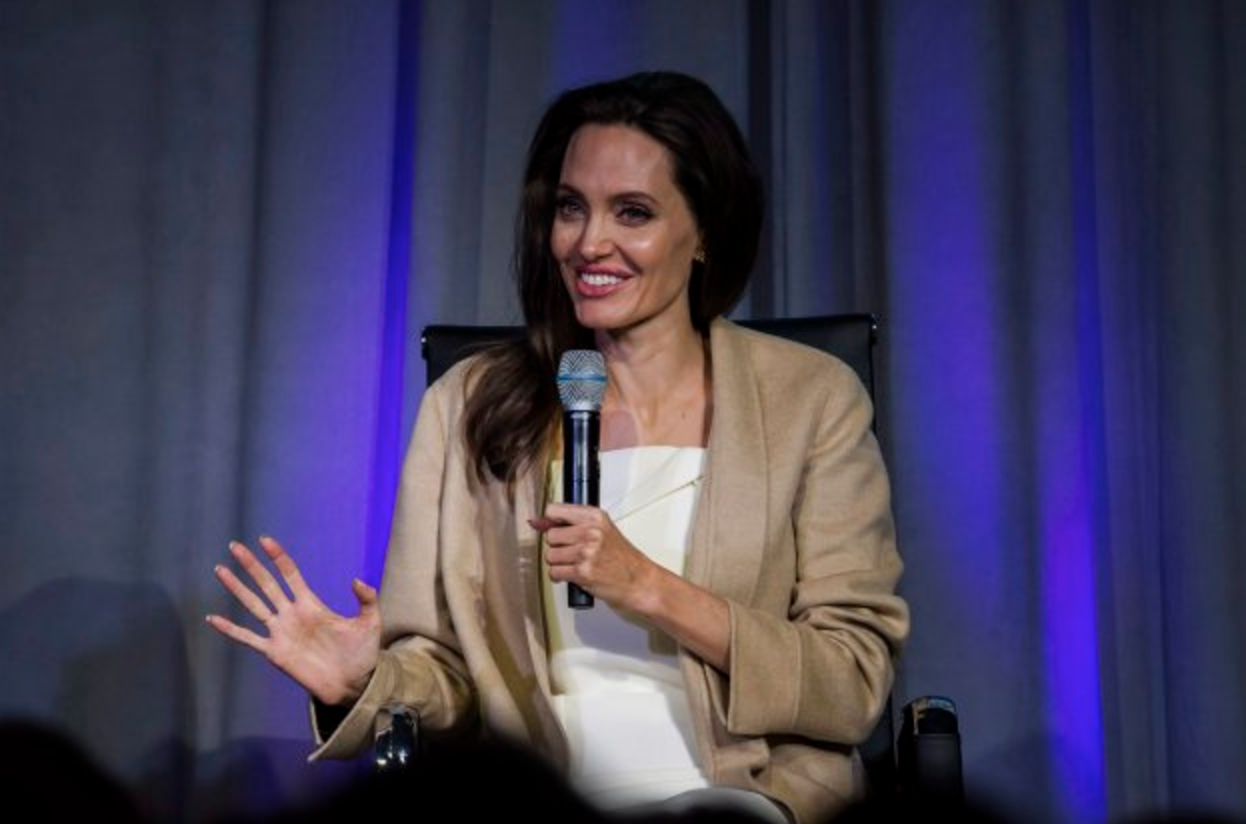 Angelina Jolie speaks at the Women in the World Summit in Toronto, on Mon. Sept. 11, 2017. Photo by The Canadian Press
Previous story
Next story

With so many humanitarian crises in the world, it's on everyone to educate themselves and continue pushing for democracy and human rights, Angelina Jolie told a Toronto conference focusing on women Monday.

"There's just so much for all of us to do and the first and foremost is we have to just get the best education... With all that's accessible to us sometimes we get completely overwhelmed and we don't know what to believe and what to do, so I'm just trying to listen to other women, I'm trying to lend my voice where possible," Jolie told the Women in the World summit in an afternoon panel.

"We all need to do, I think, even more than we've ever done because we're at a very dark time."

The filmmaker and special envoy for the United Nations refugee agency was in Toronto to promote "First They Killed My Father," a movie about the Khmer Rouge era in Cambodia, which was to have its Canadian premiere Monday night at the Toronto International Film Festival. Jolie directed, co-wrote and co-produced the film.

She said bringing her six children — three of whom were adopted from orphanages in Cambodia, Ethiopia and Vietnam — to work on movies and humanitarian projects around the world has been a key part of their education.

Her son Maddox Jolie-Pitt, who was born in Cambodia, was involved in "First They Killed My Father" and has a producer credit on the film.

"I hope they're being raised to see the value of diversity, the value of other people," Jolie said. "They ask the questions we're all asking. They see what's happening in Syria or in Myanmar and they ask why, and we're all trying to find the same answers."

It's particularly important that they learn about their own background from a culturally relevant perspective, she said.

"I will look for all different ways to communicate about their histories and really to teach them," she said.

"We homeschool and I'm very very aware of their education, mostly very aware of what's lacking. For example it's very important to me my daughter Zahara doesn't start learning about her history through the civil rights movement in America, that's not how she begins to learn about herself as a young African-American," she said.

"She needs to learn about the great history of Africa and who she is...and not start with the civil rights (movement)."