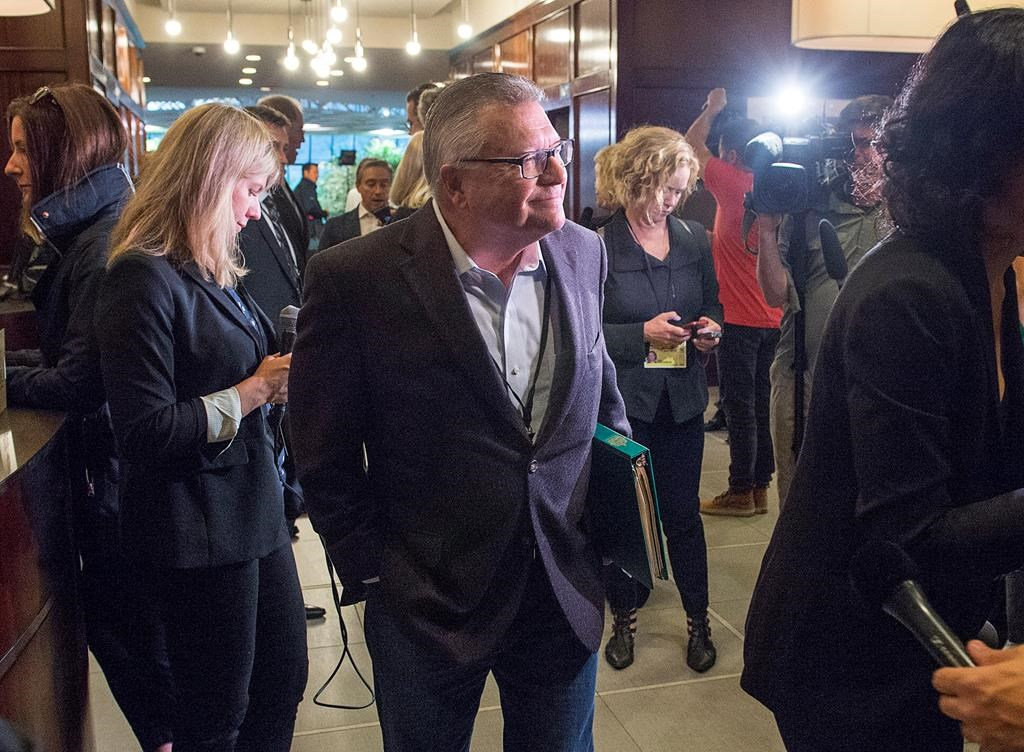 Ralph Goodale said Wednesday the Liberals just announced $274 million over the next five years to help with police training and fight the involvement of organized crime.

On Tuesday, police from Ontario, Saskatoon and the Canadian Association of Chiefs of Police told the Commons health committee that they need more time. They say they require an extra six months to a year for proper police training and public education — without which organized crime will flourish.

Goodale said Wednesday the government will listen to that feedback but has set out a timetable that he says is reasonable. The Liberals have pledged pot will be legal in Canada by the summer of 2018.

"This is a large transformative initiative. When you bring forward that kind of measure obviously it challenges people to meet the objectives but the timeframe is a solid one. The deadline is 10 months away or 11 months away. There's time there to move forward," he said as he headed into the final meeting of a two-day federal cabinet retreat in St. John's, N.L.

"Look, we've set the objective in July of next year and we're anxious to achieve that objective."

The police officials told the committee they need more time to properly train officers about the new laws and more than double the number of police officers who are certified to conduct roadside drug impaired driving testing. There also needs to be more time for public education, the police said.

Rick Barnum, the OPP's deputy commissioner for investigations and organized crime, said the Canadian Association of Chiefs of Police officially wrote to the government this week to request a delay.

"If legislation is ready to go July 2018, policing will not be ready to go August 1," Barnum told the committee, which is meeting this week to study the federal marijuana legislation. "It's impossible. The time, the damage that can be done between the time of new legislation and police officers ready to enforce the law in six months or a year can make it very, very hard to ever regain that foothold."

The police also want Ottawa to reconsider allowing individuals to grow up to four of their own marijuana plants because it will be difficult and expensive to enforce and provide an additional way for young people to get access to pot.

"Obviously we will take all of the testimony that will be offered to the parliamentary committee into consideration. That's what the hearings are for," Goodale said Wednesday. "We'll listen very carefully to what all of the expert advice has to say. But the government has put some very substantial resources on the table to make sure the goals can be reached."

While legalization of recreational pot will lighten officers' workload - there were 16,000 charges laid for simple possession in 2016 - police said it brings a whole host of other problems, including an expected rise in complaints about neighbours owning pot plants, suspected grow-ops, and robberies and home invasions.

The police request for a delay comes after Canada's premiers warned the federal government in June that they may not be ready with provincial laws and regulations to accompany the federal bill by next summer.

Goodale said he will be meeting with provincial and territorial ministers of justice and public safety this week to discuss "the further work that will need to get done this fall and through the winter to make sure that the objectives can be reached and done in a safe and effective manner."