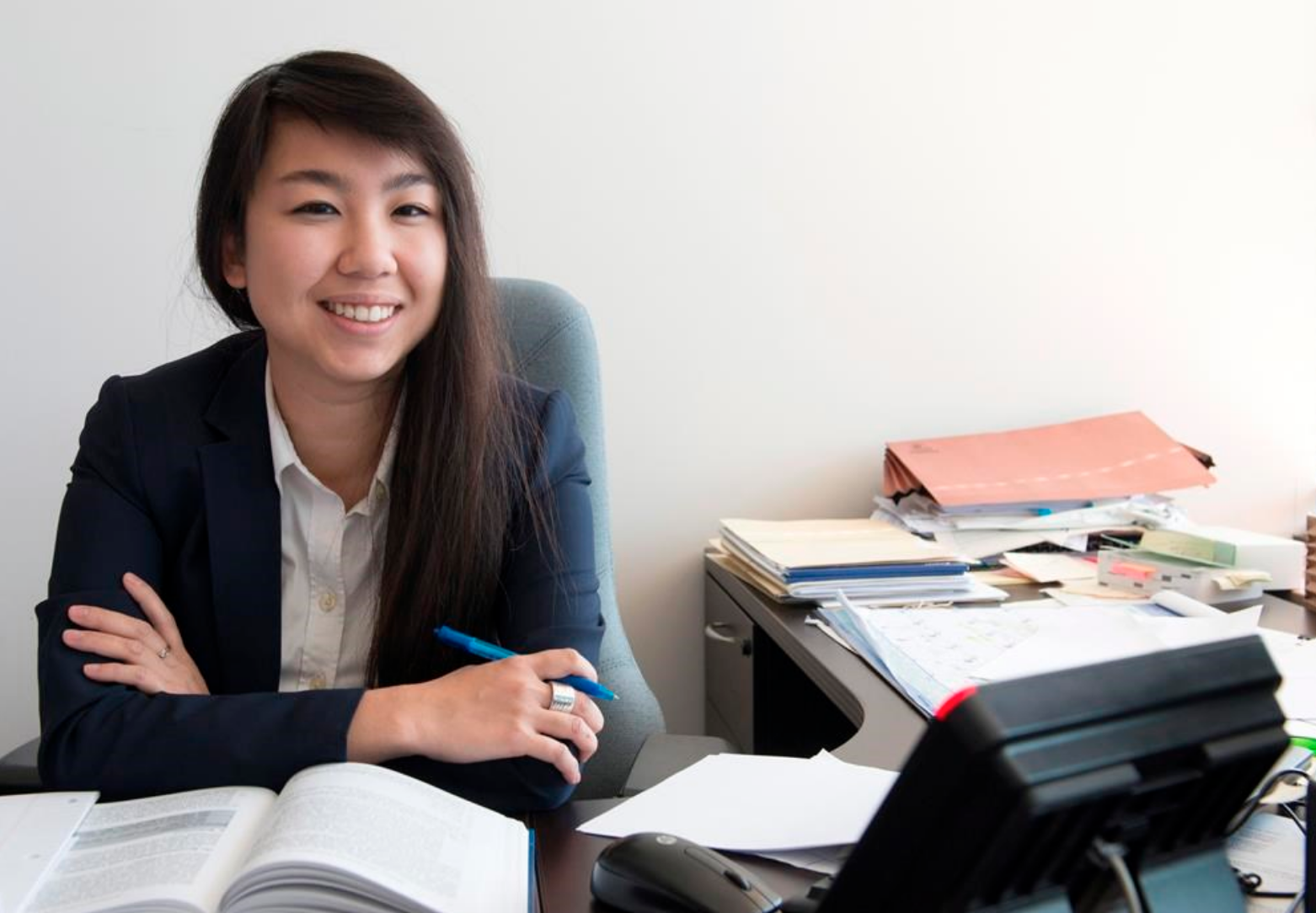 Jennifer Chan sits at a desk in her Legal Aid office on Monday Sept. 11, 2017. Chan is just beginning her law career, but she expects to work longer than many of her male colleagues. Photo by The Canadian Press
Previous story
Next story

Men and women are each making comparable contributions to the family finances in nearly one−third of all couples, Statistics Canada said Wednesday as the latest data from the 2016 census revealed new details about how — and which — Canadians are paying the bills.

Of the 8.2 million married or common−law couples in the country last year, 96 per cent of them saw both members earn at least some income in 2015, the most recent year for which data was available, the agency reported.

And in 32 per cent of cases, both incomes were "fairly equal," or within 40 to 60 per cent of each other — a marked improvement over 1985, when only 20.6 per cent of couples were each making comparable salaries.

"Many factors have contributed to this advance, led by the increased labour force participation of women," Statistics Canada said in a brief on the new data. "Combined with a narrowing of the gender wage gap, women now contribute a larger portion of the couple’s combined income."

Men, however, continue to earn an appreciably higher income in fully half of all opposite−sex couples, while women earned the larger share in just 17.3 per cent of cases — a glaring difference, although significantly better than in 1985, when nearly three−quarters of the men made more, compared with just eight per cent of the women.

As she embarks on a career in law, a profession long dominated by men, Jennifer Chan said she expects to work longer than many of her male colleagues, citing student debt, the gender wage gap and potential family obligations, if she decides to have children.

Two years after graduating, much of Chan’s Legal Aid salary goes towards paying down her student loans instead of building savings. She’s proud to say she’s knocked $30,000 off her outstanding balance "on a completely average salary."

Chan, 27, said she could have pursued a higher−paying corporate job, but at the expense of career satisfaction and work−life balance. Still, it’s hard not to stress about money, she admitted.

"I work at Legal Aid; it’s not like I’m going to make millions of dollars here," she said, describing the double whammy of lower pay and heavier debt load that can hit new female graduates especially hard.

It will likely mean holding off on buying a home right away — the Toronto housing market is likely out of her reach, she conceded — as well as putting on hold her plans to max out her RRSP and tax−free savings account.

"It’s prolonging some of the other financial goals that I have ... but ultimately it was a choice that I made."

Women in the workforce, especially in professions long dominated by men, will likely earn less over their career and work later in life to achieve a comparable level of pension and retirement savings, said Nora Spinks of the Ottawa−based Vanier Institute of the Family.

Women, Spinks said, tend to be slightly younger than their male partners, are paid less and often choose to leave temporarily in order to have and raise children. Those who get divorced later in life often suffer an especially heavy financial blow.

"The women who are now in their 60s were part of the cohort that lost time in pension−building when their kids were little, because they often had a year or two without benefits and the like," said Spinks, noting women simply have to work longer to support themselves.

"Those women who are in the paid labour force and maybe earning, finally, $100,000 — are they supporting their mothers in another household? Are they sending money back to the Philippines? Are they providing funds for their grandchildren’s childcare? Have they just given their kids a massive down payment for their own Toronto home?"

As more women join the workforce, census data released earlier this year showed a comparable increase in the number of men choosing to be stay−at−home dads — evidence of shifting societal norms, Spinks added.

She cited outdated Hollywood stereotypes in movies like "Three Men and a Baby" and "Mr. Mom," which "showed men as incompetent. Incapable. Klutzes. Not any more."

"The image of the stay−at−home dad is no longer one of failure or an idiot, but rather one really dedicated to family and being there for his family."

There’s a wrinkle, however: any growth in men swapping roles with women likely has more to do with the last major economic downturn and a loss of manufacturing jobs than with any great strides forward in pay equity or gender parity.

"It’s not that she’s gone up significantly," she said. "It’s that he’s gone down."

Making sure women have supports at home to pursue career goals is also key.

Goel, 33, works in a community health centre that supported her desire to take a year of maternity leave, but has several physician friends in male−dominated specialty fields that actively discourage taking time off.

"I chose to take a year off and I’m happy I did that for my life and my bonding with my child," she said. "At the same time, those are things that impact your career prospects."