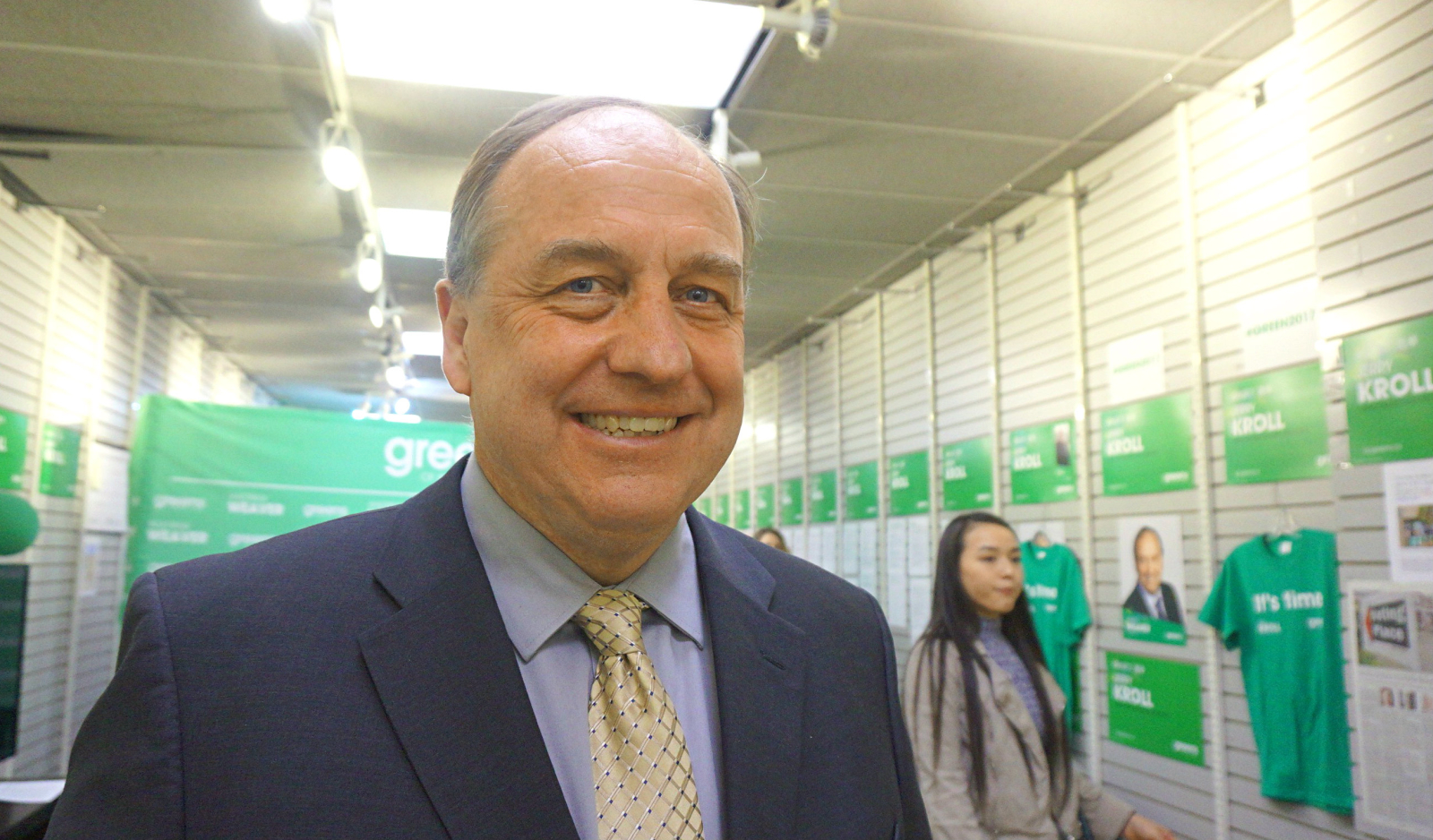 Green Party influence was evident in the B.C. provincial budget released Monday, something you can expect to continue as the new NDP government implements its plans while relying on support from the Greens to stay in power.

Notably absent from the budget were several promises central to the NDP’s election campaign. On both $10-a-day child care and a $400 annual renters’ credit, the Greens and NDP do not see eye to eye. Yet.

The $5 per tonne annual increase to the carbon tax was notable not only for its inclusion, but also for the fact that it’s no longer going to be “revenue neutral,” and will reach $50 per tonne ahead of the national deadline of 2022. The carbon tax — meant to reduce the use of fossil fuels — is central to Green philosophy.

All three are influenced by the NDP-Green power-sharing agreement, a fascinating study in how a minority government can work.

“It’s more than going well, it’s going exceptionally well. I am absolutely thrilled by this budget. I think we would have put in the exact same budget, honestly, except for the Port Mann tolls.”

The budget removed tolls on two B.C. bridges, a change the Green party didn’t support, but that the NDP promised during its election campaign.

In an e-mail response to National Observer questions, Premier John Horgan says the agreement is part of the NDP’s overall strategy in the province. "Mr. Weaver and I may not agree on everything, but we have a solid working relationship and our end goal is the same: making life better for people."

But political scientist Hamish Telford is more cautious than the politicians in his assessment of the alliance, saying minority governments usually last about two years in Canada and he expects this one will be the same.

“With Darryl Plecas in the Speakers’ chair, I think that buys the government a bit more time and margin of comfort in the legislature, but I think that should get the government the normal two years of a minority government,” says Telford, an associate professor at the University of the Fraser Valley. “I think by that point the stresses and strains could be quite significant.”

Plecas was a Liberal MLA who decided to take on the Speakers’ position, giving the NDP more breathing room in the legislature. He has since been ejected from his party.

After the May 9 election votes were counted, the Liberals had 43 seats, the NDP 41 and the Greens three, leaving no one enough for a majority. Premier Christy Clark's Liberals attempted to govern but were defeated in a confidence vote when the Greens and the NDP agreed to collaborate.

Their 10-page agreement doesn't mean they will vote together on everything — just on the big-ticket issues that could topple the government.

The agreement hinges on shared values, no surprises and good faith, Weaver says.

Negotiations are ongoing between the two parties, with regular committee meetings where the Greens give input into government direction, Weaver says.

Unlike in a true coalition government, none of the Green MLAs are inside the NDP cabinet or caucus, so they do not talk about issues covered by cabinet confidentiality.

Telford thinks both parties may come to rue that decision.

But Weaver says he’s happy to not be in cabinet — for now — and that the two sides have compromised on a number of issues, but they’ve also agreed to disagree on others.

On other issues, such as the timeline for a $15 an hour minimum wage or the details of universal child care, Weaver says the two sides focus on their common goals and then try to work out a way to get there.

The NDP initially said there would be a 2021 deadline for the $15 an hour minimum wage, but the Greens disagreed. The deadline was eventually removed and Weaver says he now thinks minimum wage will be at $15 sooner than 2021.

The NDP campaigned on $10-a-day child care, but the Greens campaigned on free child care for kids under two and 25 hours of free early childhood education for three and four year olds. Both agree more high-quality spaces are needed right away, so that’s what they’re focused on now, Weaver says. The other details will be worked out later.

“What’s important now is that we need to hold the NDP to account publicly and also support them,” Weaver said. “We want this government to work … and we also recognize that we have three seats and they have 41 seats.”

He is optimistic the agreement between the two parties will last until the next scheduled election, in October 2021: "I am more than confident – I think absolutely it can last."

But the Green party's leverage can constrain the NDP, and that may hinder their agreement, Telford warns.

“This is the beginning of the relationship – they are still in the dating phase and so they’re working fairly cooperatively, but over time that’s likely to become strained,” Telford said. “The government may also grow irritated (with the Greens) if they prove to be obstructionist, and may call their bluff.”

While it's too early to predict with any certainty whether the agreement will last the full term, it's interesting to watch as the Greens use their power to moderate the aims of the NDP.

Whatever their political stripes, most governments could benefit from such a tempering force.

Tracy Sherlock will be writing about the B.C. government each week, on Wednesdays. Contact her with news tips at [email protected]

Power on a razor's edge in British Columbia