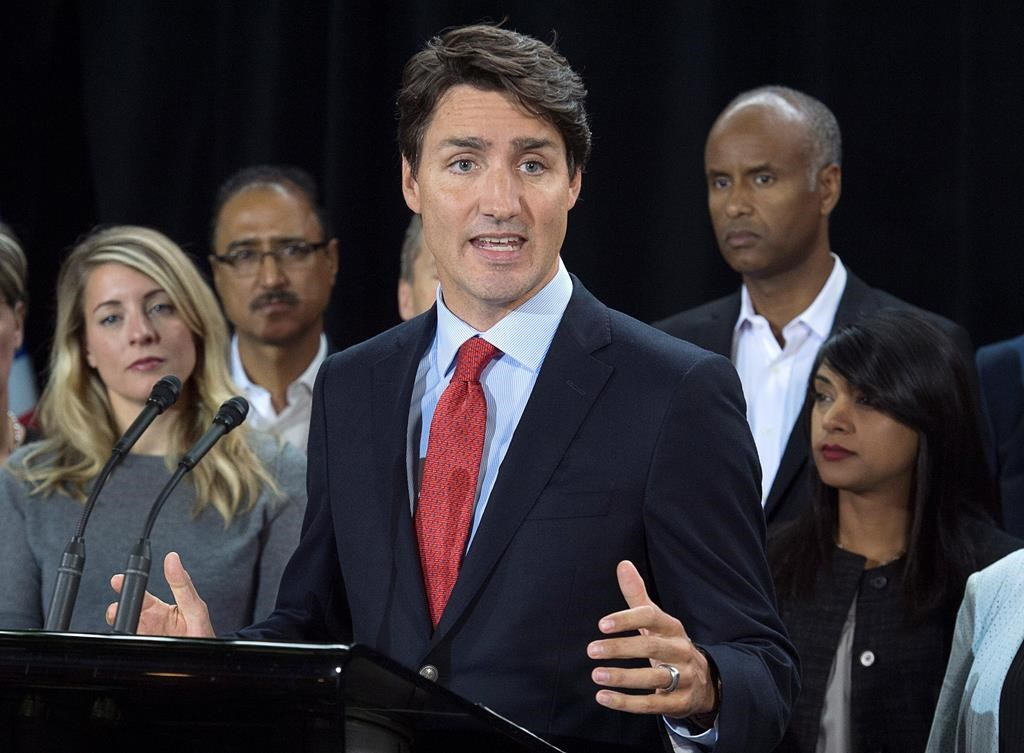 Prime Minister Justin Trudeau is scheduled to address the United Nations General Assembly in New York next week, underscoring Canada's commitment to multilateralism as it vies for a coveted seat on the Security Council.

He addressed the opening of the General Assembly last year as well, making for a perfect attendance record since taking office in late 2015.

That's in stark contrast to former Conservative prime minister Stephen Harper, who only attended UN events sporadically, famously choosing in 2009 to attend an opening of a Tim Hortons innovation centre in Oakville rather than speak to the General Assembly.

Harper's thinly-veiled disdain for the world body has been widely blamed for Canada's failure to win a seat on the Security Council in 2010. Until then, Canada had won a council seat every decade since the UN's inception.

Trudeau last year announced that Canada will try again for a two-year term beginning in 2021. To that end, he has repeatedly emphasized Canada's renewed commitment to the world body and a multilateral approach to foreign policy.

The General Assembly, "with its 193 member states, provides an important opportunity for Canada to voice its commitment to strengthening multilateralism and the rules-based international order, advancing human rights, including gender equality and women's empowerment, and championing diversity and inclusion," the Prime Minister's Office said in a news release announcing Trudeau's visit to the UN next week.

However, Trudeau may have some explaining to do, particularly as to why his government has still not delivered on its two-year-old promise to re-engage in UN peacekeeping missions. Last year, the government committed to deploy 600 Canadian troops to various missions but it has so far not identified any missions in which they'll take part.

Asked Wednesday what he'll tell the UN about that failure to make a decision, Trudeau said our allies "know that Canada is serious about stepping up, about doing the right thing, about being a positive actor on a challenging world stage."

"I look forward to returning to New York, to the United Nations, to talk about all the positive ways that Canada is continuing to engage in the world. This is a world where we're seeing a broad range of challenges, conflicts stemming from resource depletion, to climate change, to sectarian violence or migrations of people from one corner of the world to the other," he said as he wrapped up a two-day cabinet retreat in St. John's, N.L..

"There are many challenges in the world and Canada, as always, will look to be helpful ... It's who we are, it's what we do."

Trudeau made no apologies for the delay in deciding where to send peacekeepers.

"Canadians expect the government to make the right choice by both the brave men and women of the Canadian forces but also by the countries and communities where we will be serving and that's something that we're going to do properly."

Paul Heinbecker, a former Canadian ambassador to the UN, doubted the dithering over peacekeeping will hurt Canada's chances of winning a Security Council seat. He noted there is still plenty of time before the vote for the government to announce participation in peacekeeping missions and other initiatives.

"I don't think it matters yet, frankly," Heinbecker said.

"There's still time enough to put some things in the window to give people a reason to vote for us."

In the meantime, Heinbecker said the prime minister has other things he can tout at the General Assembly next week, including his government's recently announced feminist foreign aid policy.

The speech to the assembly is just part of a packed New York schedule for the prime minister.

He is to lead the Canadian delegation to the start of the assembly's 72nd session and give his speech on Thursday.

Trudeau is also to be honoured with a Global Citizen Award at the Atlantic Council in recognition of his leadership on inclusiveness, diversity and economic growth that works for everyone.

Before addressing the UN, Trudeau is to speak to more than 6,000 youth at WE Day New York to help mobilize young people on the world body's sustainable development goals, which aim to end poverty, protect the planet, and ensure prosperity for all.

He is also to participate in the Bloomberg Global Business Forum to discuss how to create a more transparent, equitable, and sustainable framework for the global economy.

New Trump tower a beacon of controversy in multicultural Vancouver