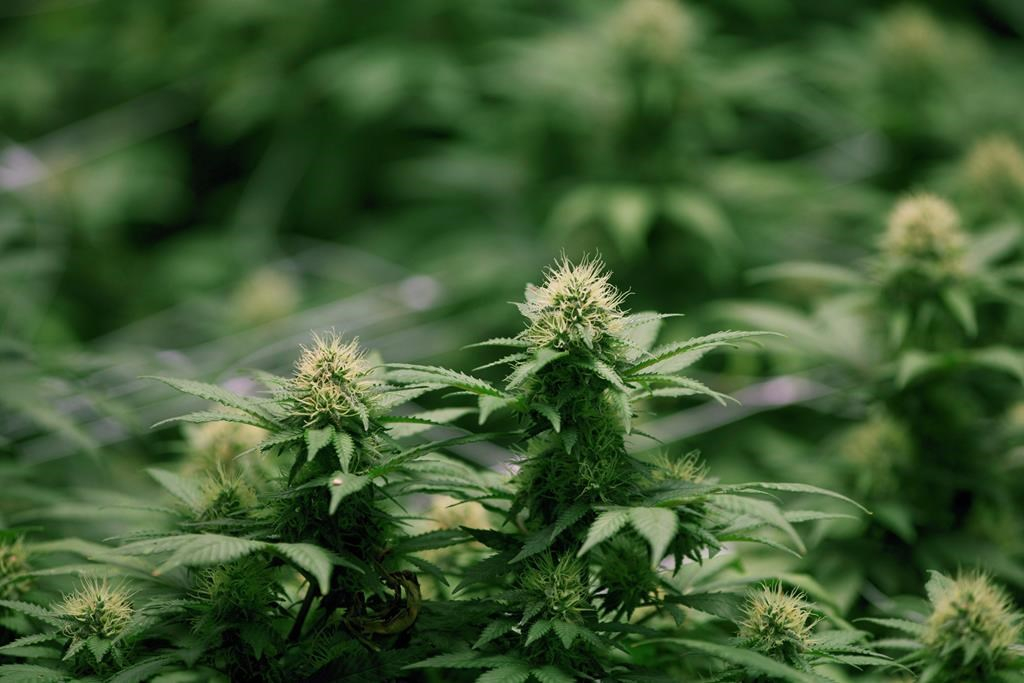 New Brunswick has secured a cannabis supply in time for legalization next July. File photo by The Canadian Press
Previous story

The New Brunswick government has created a new Crown corporation to oversee the sale of recreational marijuana, and signed deals with two suppliers.

Finance Minister Cathy Rogers said Friday the deals with Organigram and Canopy Growth Corp. secure a supply for the New Brunswick market in time for the July 2018 launch.

"We’re the first province in Canada to publicly announce action moving forward on securing supply. If we don’t do that, the alternative is that we won’t be ready for July 2018, and the alternative is also New Brunswick may miss out on the economic opportunities," Rogers said Friday.

The federal government has introduced legislation to legalize recreational weed by July 1, but left distribution and regulation to the provinces.

Ontario was the first out of the gate, announcing a detailed plan last week that would restrict sales to residents 19 and older from as many as 150 dedicated stores run by the province’s liquor control board or through the Internet.

A New Brunswick legislature committee recommended selling marijuana through government−operated stores to anyone 19 years or older, but Rogers said the government has yet to make a final decision on a retail model.

"The creation of this new provincial Crown corporation provides the flexibility and lays the groundwork for the eventual retail model once final decisions around that have been made," she said.

Rogers said the Crown corporation will not directly conduct retail operations, but will eventually work with another entity or entities to provide that framework.

She said creating the Crown corporation gives the government control over some key factors.

"We want to make sure there’s corporate social responsibility, it’s out of the hands of youth, the product is safe and secure, how they advertise, where the locations will be, all those kinds of things and the distribution model," Rogers said.

Said Health Minister Benoit Bourque: "Your government is committed to ensuring a seamless approach to the legalization of recreational cannabis, an approach that will prioritize public health and safety concerns."

Moncton−based Organigram said it signed an agreement Thursday to allocate about a quarter of its production — or a minimum of five million grams per year — to the province’s adult recreational market.

The retail value of Organigram’s supply deal for recreational cannabis is estimated at between $40 million and $60 million a year, it said in a news release.

Canopy estimated that the two−year supply agreement, including four million grams of cannabis and cannabis derivative products for the first year, is expected to have an estimated retail value of $40 million in its first year.

"New Brunswick has led the country in its efforts to attract cannabis jobs and investment and Canopy Growth is proud to be utilizing local trades and to hire in New Brunswick for the site we are establishing in Fredericton," said Mark Zekilin, president of Canopy Growth.

A Deloitte report last fall suggested recreational marijuana could be worth about $22.6 billion to the Canadian economy.

Rogers said Friday it’s too soon to say what cannabis sales will mean for New Brunswick because the federal government has yet to make a decision on the tax.

The New Brunswick government announced in March it has made weed part of its economic strategy, and plans to "build a ’best−in−class’ hub of infrastructure and research clusters to attract new investment" in marijuana. It is giving producers financial incentives and developed a community college program for cannabis technicians.

— with files from Ross Marowits