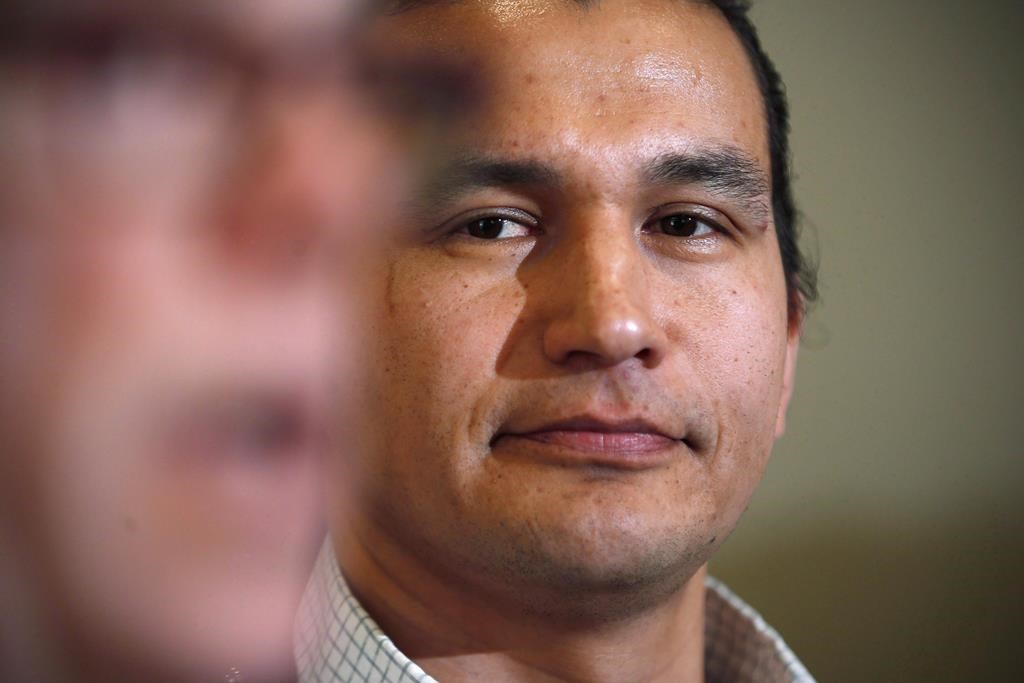 Rookie politician and Indigenous author Wab Kinew is the new leader of the Manitoba NDP who members hope will lead them back to power.

Party members elected Kinew over veteran cabinet minister Steve Ashton as the province's official Opposition leader in a vote of 728 to 253.

Kinew, who is 35, went into Saturday's vote with majority support among delegates elected in the province's 57 constituencies who cast ballots at Saturday's leadership convention.

"I will take this role tremendously seriously and conduct myself with the greatest honour, integrity and honesty."

Kinew also went into the vote facing controversy over domestic violence charges that were stayed by the Crown in 2004 and only recently revealed.

The complainant in that case, Tara Hart, went public this week and told The Canadian Press Kinew "flung" her across a room in the apartment they shared, which caused her to suffer severe rug burns.

Kinew has also been convicted of assaulting a taxi driver and impaired driving — decade-old offences for which he recently received pardons.

"I am not the man I was," Kinew told delegates before the vote with his wife, Lisa Monkman by his side.

His only opponent, Ashton, had been using the revelations to try to swing delegates to his side up until the vote. He said Kinew's history would make it harder for him to lead the Opposition New Democrats into the next election, slated for October 2020.

"If Wab Kinew is elected leader, we run the risk of the next election being about Wab Kinew," Ashton's campaign team wrote in an email to party members this week.

But Ashton did not criticize Kinew during his 30-minute speech before votes were cast Saturday. He focused his attention on Premier Brian Pallister's Tories, who were elected last year.

"Brian, if you're actually watching ... take a look around because we're going to make you the next one-term Conservative premier," Ashton said as he criticized Tory cuts to health care, changes to labour laws and a wage freeze being imposed on public-sector workers.

But Ashton carried political baggage of his own.

This was Ashton's third run at the party leadership — the 61-year-old ran unsuccessfully for leader in 2009 and 2015 and lost his legislature seat in last year's election.

He was criticized by the provincial ombudsman for trying to circumvent normal contracting rules to buy flood-proofing equipment from a supplier who was a family friend and campaign donor.

The ombudsman said civil servants were pressured in 2014 to not allow other companies to bid for the contract, an idea that was quashed by the Treasury Board.

Political observers say Kinew's victory gives the governing Progressive Conservatives a lot of fodder for attack ads. Kinew weathered some controversy in the last election over his criminal history, as well as social media posts, and homophobic and misogynistic rap lyrics.

Kinew replaces former premier Greg Selinger, who stepped down after the party lost the 2016 election to the Progressive Conservatives and saw 17 years in power come to an end.

The NDP currently holds 13 of the 57 legislature seats.

"I will carry forward the very important role of uniting the Manitoba NDP," Kinew told the crowd.

Kinew's large margin of victory will help reunite the NDP following a 2014 internal revolt that almost toppled Selinger, according to Paul Thomas, professor emeritus of political studies at the University of Manitoba.

"I think he can say, quite rightly, that he has a very strong mandate now to direct the party along the lines that he wants to see it go in."