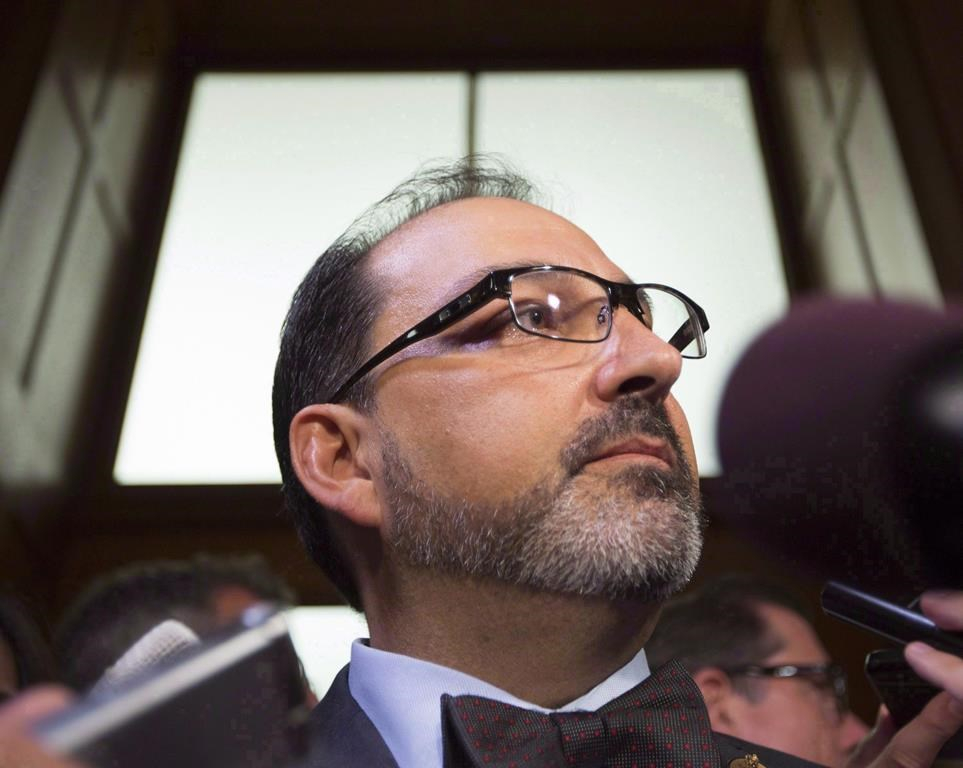 A former New Democrat MP who left his party to run in an Ontario byelection for the provincial Liberals testified Tuesday that he asked for, and received, income replacement and paid jobs for two staffers.

But the Liberals did not promise him a promotion to cabinet if he won the 2015 byelection, Glenn Thibeault, who is now Ontario's energy minister, told the trial of two provincial Liberals in Sudbury, Ont., facing charges under the Election Act.

Premier Kathleen Wynne took the stand last week and, like Thibeault, denied that she promised him a cabinet position to get him to run for her party.

But the spectre of a cabinet position does not form the basis of any of the charges before the court.

Instead, the two Liberals are accused of offering would-be byelection candidate Andrew Olivier a job or appointment to get him to step aside for Thibeault, who was Wynne's preferred candidate.

Sorbara also faces a second charge, alleging that she bribed Thibeault to become the candidate by arranging for paid jobs on the byelection campaign for two of his constituency staff.

Thibeault said he and Sorbara discussed the income replacement and paid staff jobs before he was an official candidate, but that no commitments were made.

Thibeault testified that he did receive income replacement of $3,500 — he was worried about making mortgage and car payments after leaving his NDP job — and that he asked about paid byelection campaign jobs for two constituency office staffers.

Sorbara said it was doable and had been done in the past, Thibeault testified.

However, the income replacement and paid staffer jobs didn't come until January 2015, Thibeault testified, which was weeks after he was already appointed as the candidate.

The Crown alleges that the staffer jobs, income replacement and having the full support of the Ontario Liberals were Thibeault's three conditions in order to run for the Liberals.

But Thibeault said he knew he was candidate well before making any specific request other than having the full support of the party.