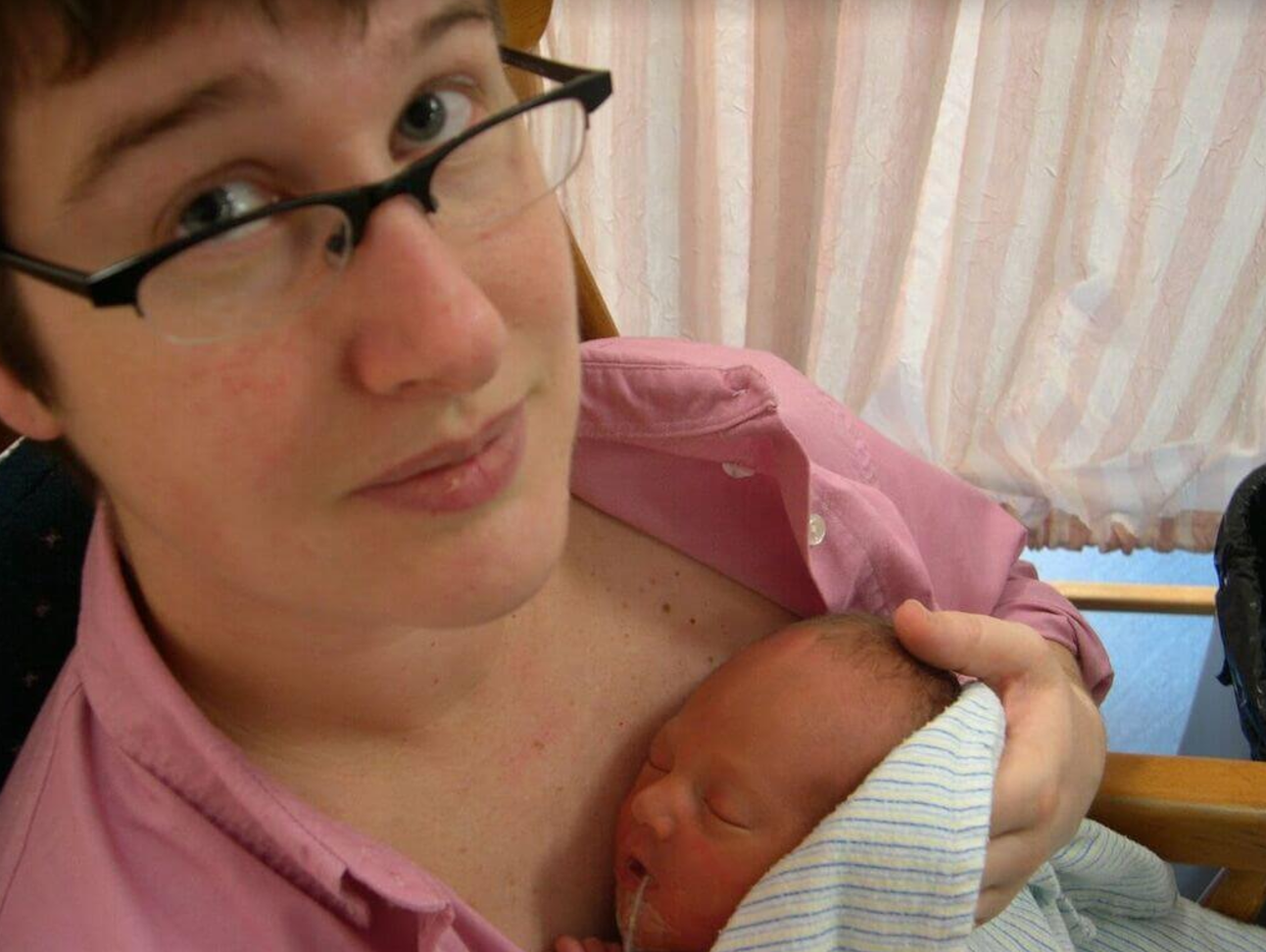 Hilary Mason knows what it feels like to give birth only to have her newborn son whisked from her arms into the care of medical staff in the neonatal intensive care unit.

First came a stab of anxiety because Joshua had arrived early at 32 weeks gestation and needed the neonatal intensive care unit (NICU) to survive. Then followed a feeling of profound loss because she couldn’t stay by his side.

Flash forward a decade. Mason found time to volunteer on a team designing a new B.C. Women’s Hospital NICU. The new unit, with 70, single-family-rooms will be housed in the Teck Acute Care Centre, a new building on the existing hospital campus opening Oct. 29.

Remembering the pain of separation, Mason was convinced the model of care needed to change. Due largely to her persuasive efforts, the new NICU will become the first in North America where babies and their mothers will receive their care in the same room from the same nurse.

Mason said the shift took place during the planning process. Cardboard models of the new unit were constructed and the team was given Lego figurines of Moms and babies they could move around to test various room configurations.

Mason moved her “Lego” Mom into her baby’s room. She challenged the team asking, “Why can’t I get my own (postpartum) care here in the room with my baby?”

Initially, her idea was thought to be impossible.

At most hospitals, mothers and newborns in need of NICU care are separated shortly after birth. The mother receives her care on the post-partum maternity ward and the baby is transported to the NICU. And although all NICU nurses have the knowledge and skills to deliver post-partum care, many have not done so for years, specializing instead in the advanced skills required to care for premature and critically ill babies.

Mason was insistent and found an early ally in Julie de Salaberry, director of Maternal Newborn Programs, NICU. Mason’s questions challenged de Salaberry and the clinical team to look to the research on the impacts of separation on maternal newborn attachment and other health outcomes for mothers and newborns.

“What we know from the literature is that mothers report being separated from their baby as the number one stressor during their NICU stay,” de Salaberry said. Recent research links increased maternal stress to worse developmental outcomes for their children, she added.

She dove even deeper into the literature and found an example of a hospital in Estonia operating just as Mason had imagined. Necessity had forced them to care for mothers and NICU babies in the same room; they simply didn’t have enough rooms to house them separately. The health outcomes for the Estonian NICU babies were better.

“We started asking different questions.” Instead of listing reasons why it couldn’t be done, the team started looking for ways to change the care model,” de Salaberry said. “How could we do this?”

The new MomBaby program started slowly with a pilot program in the old NICU. Once the new unit opens, Mom and baby care will be offered to babies born 33 weeks or later to medically-stable mothers. However, all 70 rooms in the new NICU will support parents to stay with their baby day and night, with foldout beds that can be rolled close to their baby’s bedside. It’s a sea change from the existing crowded NICU where incubators are lined up in rows and parents have only a reclining chair and little to no privacy when spending time with their babies.

Nurses and respiratory therapists will also mentor and support families to provide as much of day-to-day care as possible.

In the NICU, “it’s only been over the past decade that mothers and partners have been encouraged to be as involved in their baby’s hands-on care,” de Salaberry said. Parents are no longer considered visitors, but valued members of their baby’s care team. Integrating families into the care plan has been shown to improve health outcomes and result in reduced length of stay and families feeling more prepared at discharge.

Two patient and family engagement advisors who previously had babies in the NICU are on staff to support families. They develop educational materials and classes, social events and match families with peer-to-peer support from “alumni” volunteers, if desired.

For Mason, the impending opening of the new NICU is the realization of dream. She was moved to tears at her first glimpse of the new rooms. “We did it!” she said, giving de Salaberry a hug.

“The things I dreamt of were the things that were there.” The fridge, privacy curtain, natural light and of course, beside the incubator, the maternal bed. “Yeah, it was magical.”

Editor's Note: The author works with the communications team for the BC Children’s and BC Women’s Redevelopment Project.

I read of premature babies in

I read of premature babies in an African setting, where there was no money for incubators, and the clinic took what they called a "kangaroo" approach, with the babies living full-time swaddled onto the front of their mothers, and surviving.