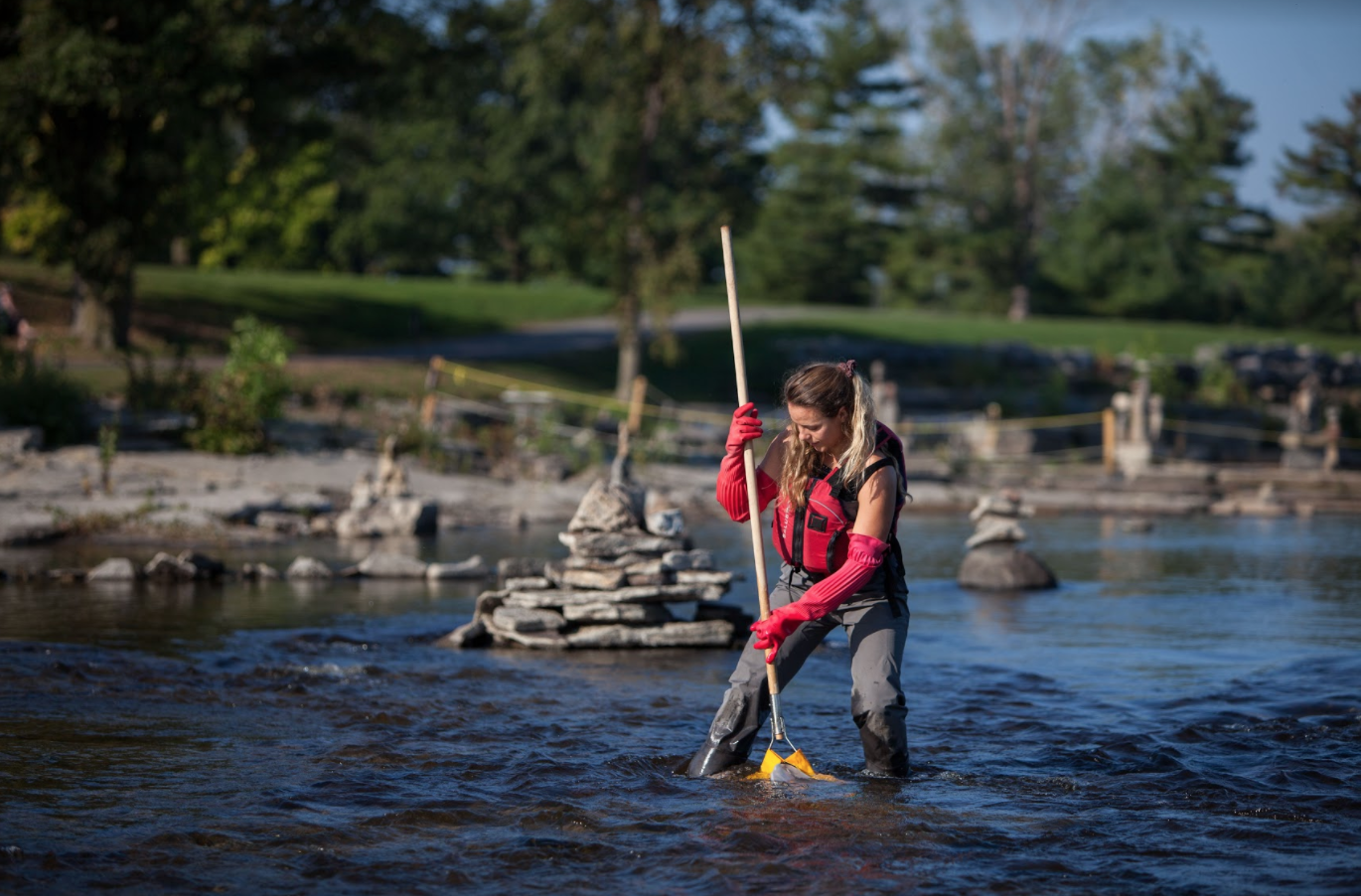 Think of it as a barcode for bugs.

You take a sample of freshwater insects, run those insects under a rapid genetic scanner, and out pops a species name and classification. It's a new technology born and raised in Canada and it could help preserve more than 30,000 fresh water lakes throughout the country.

It's called environmental DNA (or eDNA for short) and it's used to identify benthic invertebrates, a community of backbone-less bugs that includes water flies, beetles and snails. These small, bottom-feeding insects are considered 'bioindicators' of freshwater health, as each unique species has a highly-sensitive, measurable intolerance for habitat shifts from climate change, pollution or naturally-occurring causes.

"It bioaccumulates," explained Elizabeth Hendriks, vice-president of WWF-Canada's freshwater program. "If there’s an issue with the bugs, you want to catch it before it becomes an issue with the fish and the caribou, and then humans."

She spoke from the banks of the Ottawa River in the Canada's capital region on Monday, where WWF-Canada launched its new citizen-scientist monitoring program. In partnership with Living Lakes Canada and the federal government, the program aims to improve watershed management and wildlife protection by using local volunteers to collect credible freshwater insect samples for data-deficient watersheds.

Hendriks confirmed there will be "some insect mortality in the process," but said there is such a large species base to sample from, the conservation organization is confident that the sampling program won't disrupt the balance of any ecosystems.

Canada is home to one-fifth of the world's freshwater, including tens of thousands of interconnected rivers, lakes and streams. Recent reports from WWF-Canada found that all the country's watersheds are under stress from human activities, but data deficiency on indicators like benthic invertebrates prevents scientists from fully understanding the impacts of 15 of Canada's 25 major watersheds.

Half of Canada's monitored vertebrate species are in decline, reports the conservation organization, by an average of 80 per cent since 1970.

“I think we all recognize that Canada is full of lakes and rivers. Some are hard to get to and some, like (the Ottawa River) today, are easy to get to, but we need Canadian citizens out there helping, understanding that water is a shared resource and shared responsibility," said Hendriks.

Insects in the samples collected by citizen participants will be sent to Ontario's University of Guelph — which pioneered the eDNA technology — for scanning. The results will be added to a massive species database that will increase Canada's understanding of threats to freshwater ecosystems, said zoologist Donald Baird.

Attending the launch on behalf of Environment and Climate Change Canada, the federal researcher said that prior to eDNA's existence, scientists collecting benthic invertebrate samples would have spent most of their time counting leg hairs under a microscope to identify each species.

This is a much faster, much more powerful method, he explained, that allows researchers to get a broad picture of large watershed ecosystems.

"You probably know from CSI (the television show) that it’s difficult to go anywhere without leaving a trace of your DNA behind," he told National Observer. "It’s the same thing in nature. You can imagine all these things living in here — the bugs, fish, and wildlife — are shedding cells in the water, their mucus and so on.

"Essentially, it’s a soup for DNA. You can take a sample of the water and you can extract the DNA from that, look at it, and match it like a barcode in a supermarket."

While Environment Canada actively supports citizen science and is working hard to protect Canada's freshwater, Baird added, it's impossible for scientists to be everywhere at once. That's why partnerships with the university, conservation organizations and volunteer citizens are essential, he said.

Living Lakes Canada helps train volunteers on sample collection and WWF-Canada is in charge of mobilizing the masses.

The program was launched Monday in Ottawa and on British Columbia's Sunshine Coast, and will expand in spring 2018 to other data-deficient watersheds.

Public lands, public data. Here's how some provinces are lagging

Excellent article and hope there will be follow-up as this program develops. Thanks, All, for your continuing in-depth articles. Marian H.