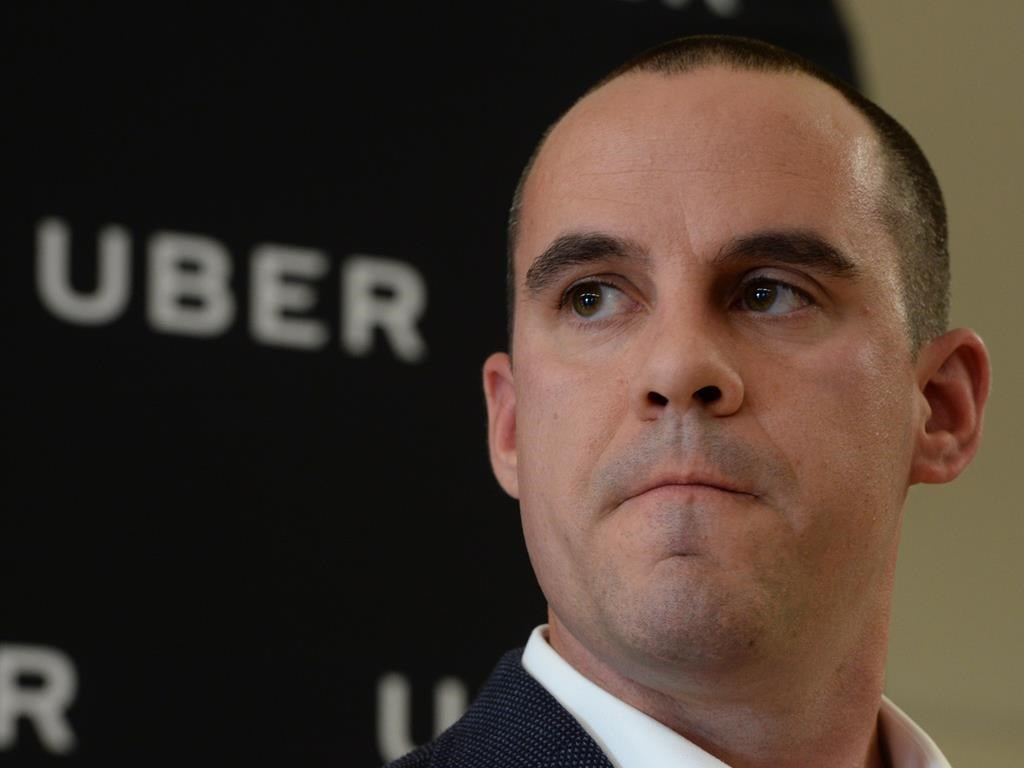 Uber's Quebec general manager Jean-Nicolas Guillemette told reporters on Sept. 26 that his company would pull out of the province in October if the government fails to rescind new rules introduced in September. Photo by The Canadian Press
Previous story
Next story

New passenger safety rules will drive ride-hailing Uber out of Quebec, a company manager said on Tuesday — a pending departure that was immediately welcomed by the Montreal mayor.

The Quebec government is trying to impose a rigid and outdated taxi model on Uber's flexible way of doing business and if nothing changes, the ride-hailing company will disappear from the province's roads by mid-October, the company warned.

Forcing all Uber drivers to undergo a mandatory 35 hours of training, as Transport Minister Laurent Lessard announced last week, will make it impossible for the San Francisco-based company to continue its operations in Quebec beyond Oct. 14, Guillemette added.

"The vast majority of our drivers are part-time," Guillemette told a Montreal news conference.

Drivers often test out the service for a few hours to see if it works for them. Forcing them to be trained for 35 hours before they can try the Uber platform destroys the firm's business model, Guillemette said.

"This is the beauty of the Uber platform — it's the flexibility that the driver-partners have to come and go and decide when they want to drive," Guillemette said.

Montreal Mayor Denis Coderre responded by taking to the airwaves of BNN, telling the television network in an interview that he was ready to say "bye-bye" to Uber.

"Frankly, we need to have some regulations, and if they are threatening to leave, I don't care," Coderre said in the interview.

Last year, Quebec signed an agreement with Uber on a one-year pilot project allowing the company to operate in the province — despite heavy opposition from the traditional taxi industry. The agreement allowed for a one-year extension; after that, the legislature would have to adopt a new law to permit the company to continue operating.

Taxi drivers have been incensed with Uber ever since its entry into the market because for decades, the government had limited the number of taxi permits in each city in the province.

The cost of each permit soared to six figures, forcing owners to take out mortgages to purchase them.

Uber bypassed that regulation and started offering people rides without obtaining a costly permit. Due to lower overhead, they were able to undercut the traditional taxi industry and cabbies argue the value of their permits have diminished significantly as a result.

Last week, Lessard said the government would be renewing the agreement for the year, but told Uber it had to abide by mandatory training and background checks conducted by the police as opposed to a private company.

Uber wasn't opposed to the background check changes, but Guillemette said the training requirement was not possible.

Guillemette said he hopes to come to an agreement with the government or Uber will leave Quebec by Oct. 14.

The number of hours worked by an estimated 10,000 Uber drivers in Quebec last year were equivalent to 3,000 full-time jobs in the province, he added.

"If Uber wants to leave Quebec, the reaction of Quebec solidaire is 'good riddance'," said Nadeau-Dubois, whose party is close to organized labour.