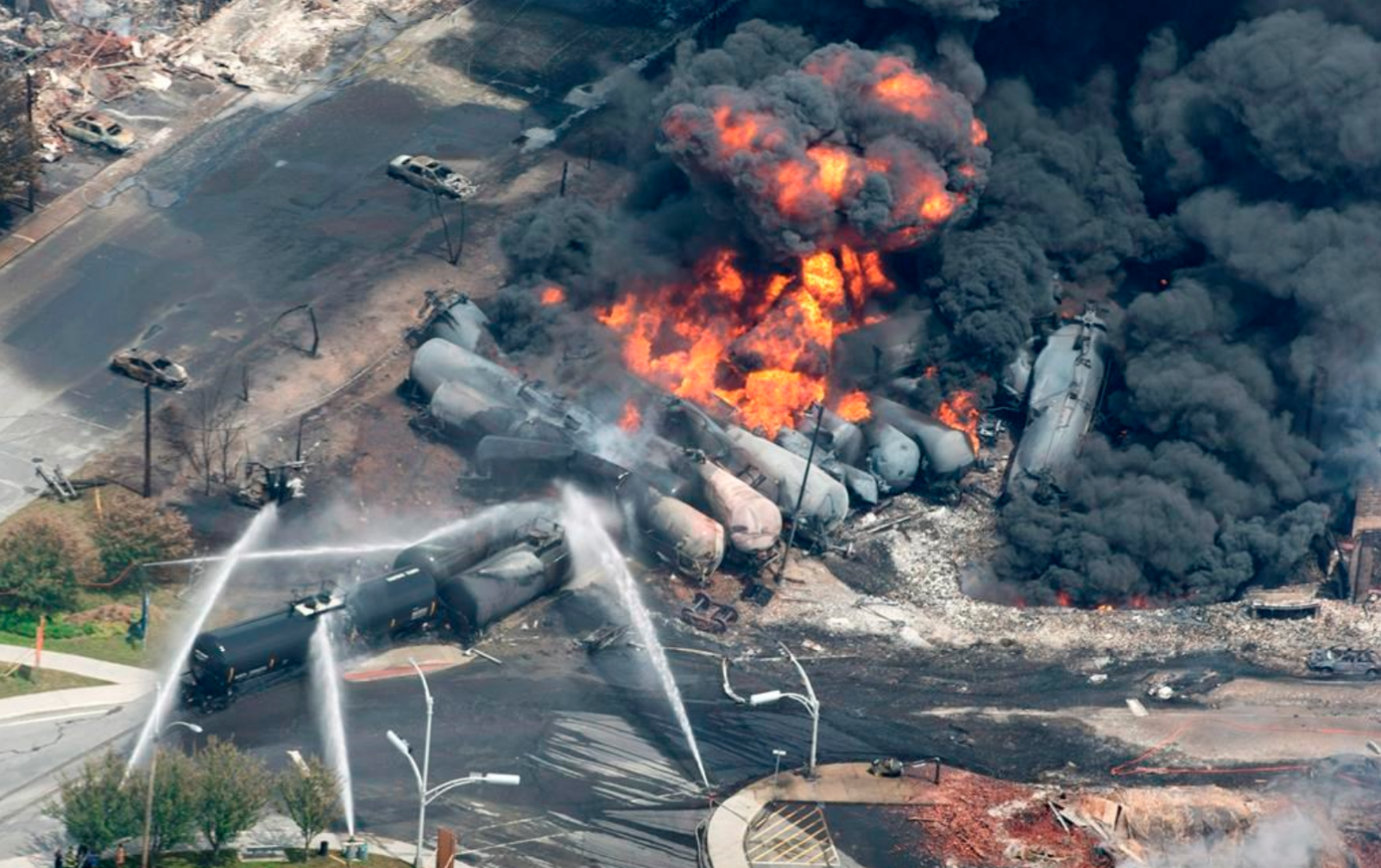 Smoke and flames bellow from railway cars that were carrying crude oil after derailing in downtown Lac-Mégantic, Que., on July 6, 2013. File photo by The Canadian Press
Previous story

But for the negligent actions and omissions of three former railway employees, the deaths of 47 people in Lac−Megantic would not have happened, a Crown prosecutor told jurors at the opening of a criminal trial into the derailment on Monday.

The oil−laden locomotive weighing more than 10,000 tonnes was not properly secured the night of July 5, 2013, leaving it resting precariously on a slope, 10 kilometres away from downtown Lac−Mégantic, Veronique Beauchamp told the court.

Former train driver Thomas Harding, traffic controller Richard Labrie and manager of train operations Jean Demaitre were all responsible in their own way for ensuring the train was safe, Beauchamp said.

Lac−Mégantic was partly destroyed after the runaway train barrelled into the town, derailed and exploded, killing 47.

"Evidence presented will show that beyond a reasonable doubt, all three were criminally negligent... they contributed to the deaths of the 47 victims," she said. "You’ll see that the number of brakes applied to the (train) was clearly insufficient."

She said one of the accused, supervisor Demaitre, was even told of the train’s mechanical deficiencies before the derailment.

All three men stand accused of one count of criminal negligence causing the death of 47 people and each pleaded not guilty Monday before Quebec Superior Court Justice Gaetan Dumas.

The Crown has signalled it will call 24 civilian and 11 police witnesses, and one expert witness in a trial that is expected to last until December.

Beauchamp said jurors will also be shown video and listen to audio recordings of conversations between railway employees the night of the derailment. First on the witnesses stand Monday will be officer Steven Montembeault.

The bankrupt former railway company Montreal Maine and Atlantic Railway has also pleaded not guilty to causing the deaths of 47 people and will face a separate trial at a later date.

The trial is being held in Sherbrooke, Que,. 150 kilometres east of Montreal.

The scary truth about "bomb trains" moving through your town