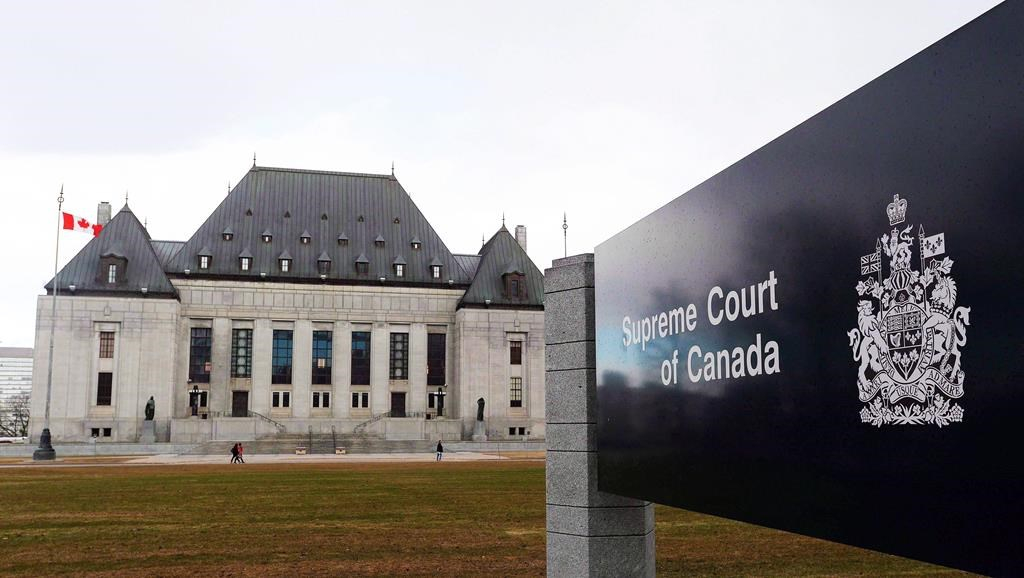 The Supreme Court of Canada in Ottawa is shown on Tuesday, April 14, 2015. File photo by The Canadian Press/Sean Kilpatrick
Previous story
Next story

Some of the records detailing painful abuses suffered by residential school students will be destroyed as soon as two years from now following a Supreme Court ruling that settles the documentation's fate.

The 7-0 high court ruling released Friday brings clarity to an issue that pitted the privacy of victims against the importance of documenting a dark chapter in Canada's relations with Indigenous Peoples.

For over a century, tens of thousands of Indigenous children were required to attend residential schools, primarily run by religious institutions and funded by the federal government. Students were not allowed to use their languages or cultural practices.

Former pupils provided accounts of physical, sexual and emotional abuse as part of an independent assessment process to determine compensation — a program that flowed from a major 2006 settlement agreement aimed at ensuring a lasting resolution of the residential schools legacy.

The Supreme Court upheld a lower court ruling that said the sensitive material collected for the independent assessments should be destroyed after 15 years, though individuals could consent to archival preservation of their stories.

In its reasons for the decision, the Supreme Court said the negotiators of the settlement agreement intended the assessment process to be a confidential and private one, and that claimants and alleged perpetrators relied on these confidentiality assurances.

Under the process, claimants disclosed intimate personal information, including a first-person narrative outlining his or her request for compensation. Applications were then forwarded to the federal government and the church organization that operated the residential school.

If the claim was not settled at this stage, it proceeded to a hearing before an adjudicator, supervised by the chief adjudicator of the Indian Residential Schools Secretariat. The settlement agreement operations branch of the federal Indigenous Affairs Department represented the government as a defendant to the claims.

Participants were advised that the hearings would be held in private, and that each person who attended must sign a confidentiality agreement.

The secretariat and the operations branch both possess digital and physical copies of various records pertaining to more than 37,000 claims made under the assessment process.

Chief adjudicator Dan Shapiro welcomed the Supreme Court decision, saying many claimants had told him they would not have participated in the assessment process without a promise of confidentiality "even from their families and even after their deaths."

Shapiro said during a telephone call with media Friday that the 15-year clock for destruction of records begins with the conclusion of each claim, and includes an alternative-dispute resolution program that preceded the assessment process.

The first dispute-resolution cases were likely finalized in 2004, meaning the records involved could be destroyed as early as 2019, Shapiro said.

The next step is to gain Ontario Superior Court approval of a notice program to inform all claimants they have the option of archiving their assessment records, or whatever account they are comfortable preserving, he said.

"There is urgency to getting this program before the court and we are committed to doing that. We want to do it right."

The Assembly of First Nations had told the Supreme Court that overturning the decision to allow destruction of the records would amount to another breach of trust for the same vulnerable people who were abused at residential schools as young children.

The federal government unsuccessfully argued the documentary record must be fully preserved to ensure what happened is never forgotten.

It said federal laws governing access to information, privacy and archives provide the proper balance for safeguarding the records of historical value while protecting individual privacy and confidentiality.

Crown-Indigenous Affairs Minister Carolyn Bennett said she was disappointed in the high court ruling because the assessment records could have helped the centre do a deeper analysis of "systemic problems" related to the residential schools.

"There is no danger of the history of residential schools being forgotten or not being known," he said.

"What we're talking about is the personal, intimate details of each individual's experience and whether that adds anything to the historic record, and that's a decision that each individual can and should make, free of pressure from others."